FROM ZERO TO HERO: V&A MARINA WATER QUALITY ALMOST BACK TO NORMAL 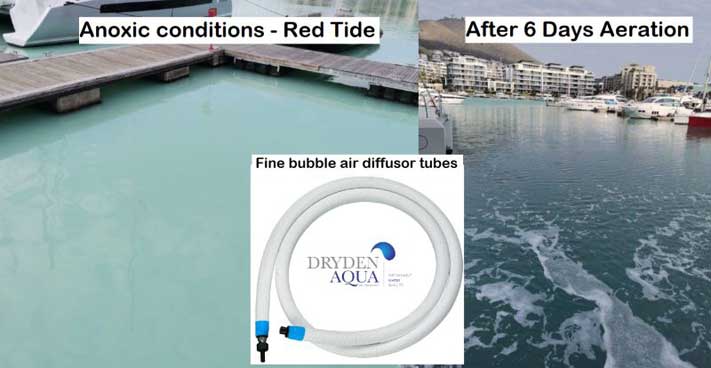 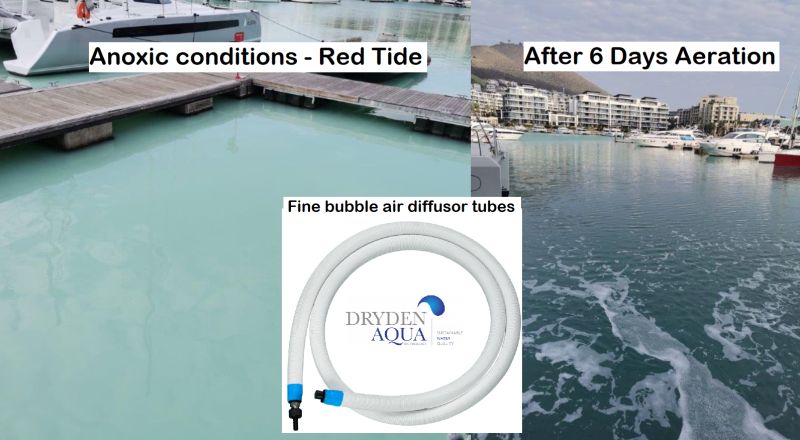 The high-tech aeration intervention at the V&A marina has worked, with dissolved oxygen levels almost back to normal across the entire system. So says project leader Mike de Maine, technical specialist for Dryden Aqua, the company contracted to rescue the marina from a freak ‘dead zone’ of milky white anaerobic water caused by a mass fish die-off earlier this year.

A massive school of horse mackerel became trapped in the marina, possibly due to whale activity in Table Bay, resulting in a ‘system overload’ that caused dissolved oxygen to plummet to near zero. The putrefying fish then sat at the bottom of the marina for months, trapping gas and causing an anaerobic environment that required a shake-up in the form of aeration nozzles.  The V&A brought in De Maine and his team to flush the system, an intervention now all but complete. “The system is working very well and within six days from start up of the aeration system all the whiteness in the area of aeration had disappeared,” De Maine told SABBEX.  He said the aeration had brought dissolved oxygen levels up to the 90% level, with a further water quality update expected to show further improvement.  The water had cleared and fish and algae had returned, De Maine said. “The barnacles are growing again and all looks good except for the area in the corner under the Somerset ship where there isn’t aeration, but hopefully this area will be impacted by the overall system and will still come right,” he said.

Andre Blaine, V&A executive head of marine and industrial, acknowledged the success of the project. 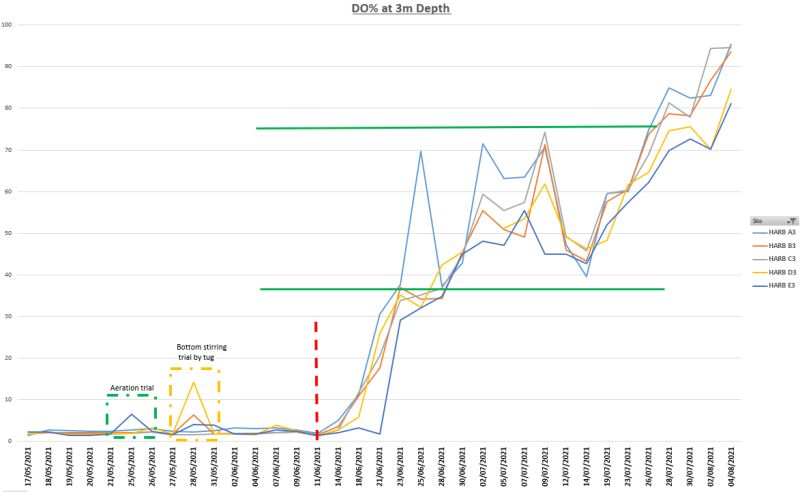