BOATS AWAY AS SOUTH EASTER HELD AT BAY

Cape Town’s notorious south easter did something unusual last month. It stopped. Not for too long but long enough to allow something new and wonderful onto the water.

That would be Southern Wind’s latest ‘smart custom’ superyacht Taniwha, christened in Cape Town  and currently undergoing sea trials ahead of her maiden voyage.

Taniwha is the fourth edition in Southern Wind’s SW105 project. She has been dubbed  a ‘smart custom’ design following a successful collaboration involving the owner, SWS, Farr Yacht Design,  and Nauta Design.

Taniwha has a GT (Gran Turismo) deck configuration to allow for “an innovative and clean look that is driven by the methods of composite construction and by racing yacht styling,” Massimo Gino from Nauta Design said in a statement issued to mark the launch. 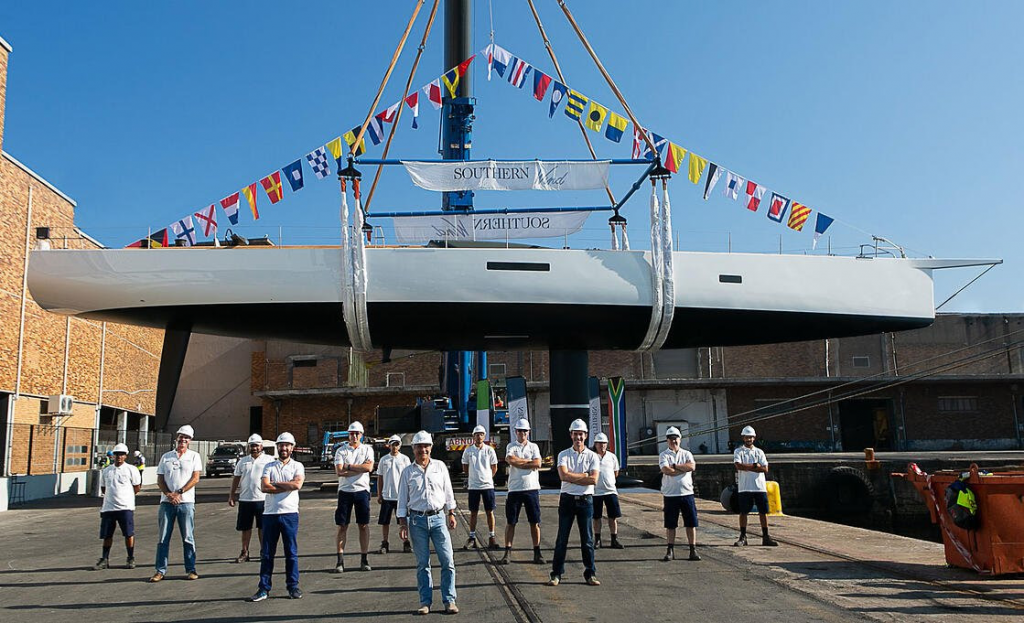 The yacht has a minimal coachroof and a wider cockpit area on a single level.  “The helm positions have been moved closer to the gunwales for better views forward and aloft, allowing a generous sun pad area just below the maneuvering cockpit and a garage for a 4.2m tender,” SWS said in a statement posted on their website.

Her full carbon hull with Nomex foredeck and cockpit combine with other high-tech features to optimize performance, with a lifting keel that goes from 3.8m to 5.9m draft. “These features combine to give her a fine-tuned balance between upwind and downwind performance,” SWS said. “The SW105 GT is a yacht devoted to performance: to optimize weight savings the owner implemented materials that are high-tech and lightweight both in the interior and exterior. Any and all weight saving options were evaluated according to their potential contribution towards improving the righting moment and longitudinal inertia,” the company said.

The SWS launch coincides with the formal launch of Two Ocean Marine’s latest custom designed and built vessel, an 85ft luxury power catamaran. “The owner had a specific vision and requirements for this vessel,” Two Oceans Marine said in a statement to mark the launch. “The Two Oceans 850E was designed and built to suit the owner’s needs and application,” the statement said.  “The Two Oceans 850E is the epitome of luxury cruising and yet another example of a successful collaboration between owner, boat builder and yacht designer in a complete custom build,” the company said. 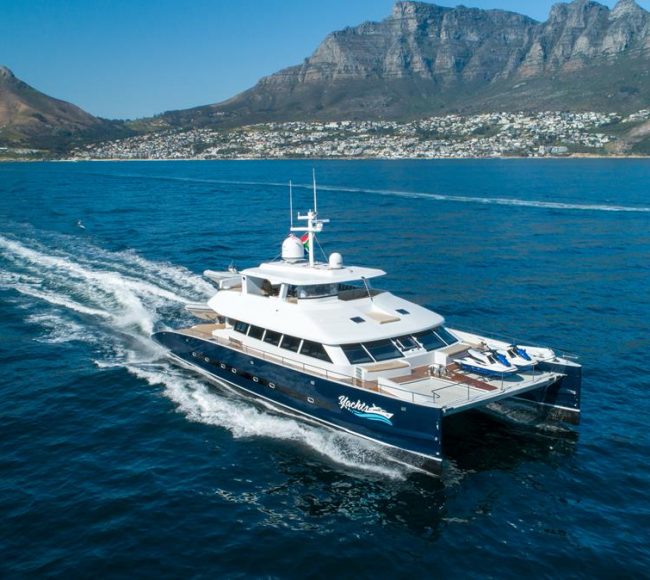 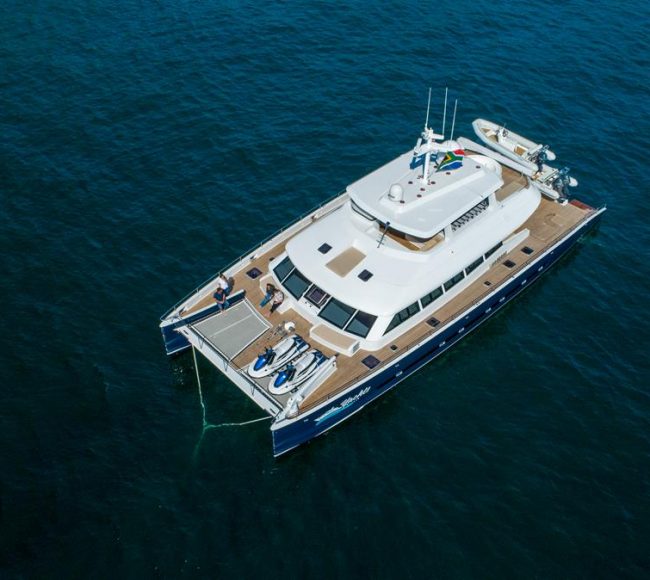 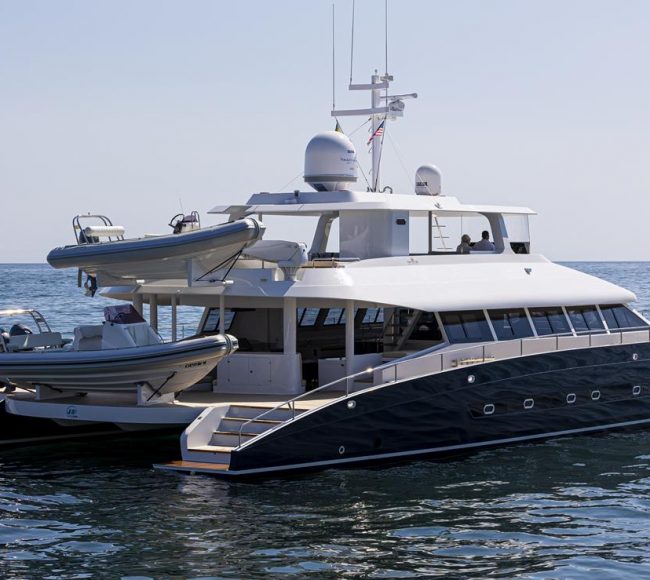 2021-05-10
Previous Post: MAN ON A MISSION: PETER SHERLOCK INTRODUCES OSASA
Next Post: THE VIEW IS LOVELY BUT WHAT’S IN THE WATER?