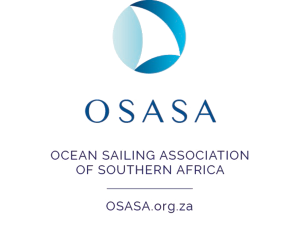 Am I right that Osasa plugs a gap in boating representation?

Absolutely – the Cruising segment of sailing has for a long time gone unrecognised. After consultation with Government it was clear that they knew very little about it or even recognised that it is a sector in the greater marine environment. Was that the genesis of the organisation? I was tasked by various local and offshore Yacht Clubs to try and ensure inbound Cruising boats could clear in and out of a safe haven in South Africa during lockdown. Two individuals very involved in International Cruising joined forces with me and together we lobbied government. 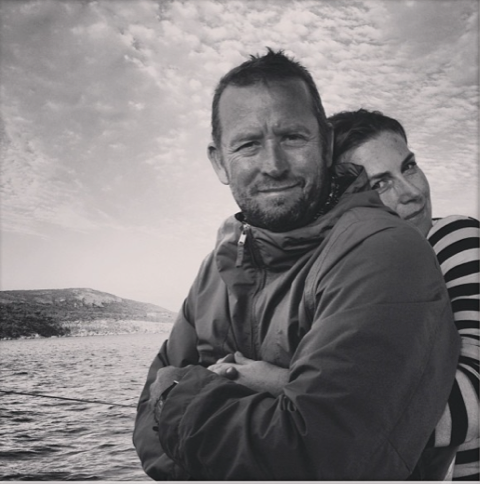 At what point did the idea become a reality?

I sit on the general committee of the Royal Cape Yacht Club and it became apparent to me very early on that the Cruising component of sailing has for a very long time been the forgotten element of Keelboat sailing. This point was further illustrated when I cruised in the west Indian Ocean which does not provide for Cruisers yet has huge potential to become a busy cruising destination. Only a few forward thinking individuals were catering for cruisers and are able to make a decent living off it. I guess my journey started at the RCYC where the portfolio of Cruising became mine. The response from the members was at times overwhelming but always positive. This mandate allowed me to explore the sector without taking any hard landings! Did you convene a meeting to formalise what had been an ad-hoc grouping? OSASA was born out of the hard labour of trying to force the government into seeing that cruising had merit and supplied to the fiscus. It really was an all out task where we got the media involved, we had the support of all the coastal keelboat Clubs as well as South African Sailing. Foreign governments attached themselves to our initiative as well as local legal geniuses. My report was taken on by the Western Cape Government and delivered into the hands of the NCCC. Finally we managed to get a meeting with Immigration and DoT officials to state our case and this led to a follow up meeting in Pretoria with the DoT key role players. They then actually asked us to form an Association so that they could negotiate directly with the sector. This was already our intention and I think the support and forward thinking of the DoT made the decision really easy. 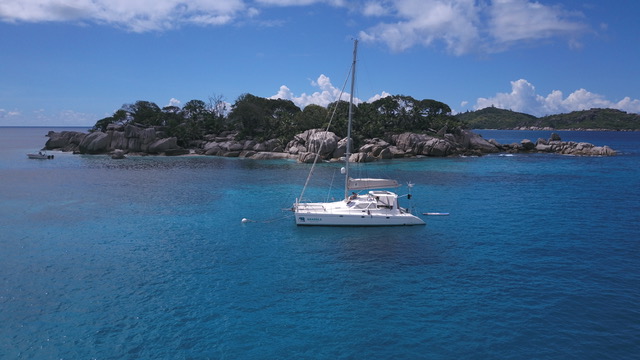 Were you one of those personally affected by the lockdown, or were you called upon to assist colleagues /friends?

On a personal note I was affected by lockdown as were all South Africans. There were two sides to my intervention. The first was with inbound International Cruisers but the other was a little closer to home. I suppose my intervention started for purely selfish reasons – I wanted to be able to sail. There were confusing messages coming from Government and I pressed the RCYC GenComm on seeking legal advice on when/if we could sail again. I had a very small part to play in arguing for this and as lockdown eased we were officially allowed back on the water.

You spoke at the BlueCape launch about how the lockdown affected not only the cruising community but the whole supply chain. Can you tell us a bit more about what you personally witnessed at the yacht club?

I would imagine the story we experienced could be echoed across many sectors of industry both in South Africa and globally. Work stopped. It was that simple. Everyone was busy with end of Summer maintenance and refitting at the Club, a real hustle and bustle, and then…there was nothing. The hard area at the Club looked like something out of an apocalyptic movie set. Yachts standing on their cradles, covers flailing in the wind, loose lines whipping around as there was no-one there to attend to them, debris blowing into open paint pots, brushes still lying in them, abandoned in haste. Gradually as things eased some people returned, but the work and hope, did not. For me the desperate climax of it all was seeing one of the boat hands sitting outside the locked store room just staring, his face a picture of helplessness at the situation. He could see the yachts that needed his skills but there was an invisible barrier of legislation stopping it. He could not understand why. Your intervention was successful. Were you heartened by this success?

Yes, we were successful with promulgation of Marine Notice 50. Was I heartened – totally. That an ordinary citizen of this country could get Government to recognise and remedy an issue shows that anyone can make a difference. Does it augur well for future dialogue between government and Osasa? I have to give the Department of Transport and Home Affairs (Immigration) fair dues here. They had the foresight to entertain our constant niggling away at them and eventually invited us to the table and negotiated a resolution. Government tends to be faceless but my interaction with it revealed a fantastic group of people who placed the interests of South African Citizens first. It was both astonishing and refreshing to meet and debate with these people as they broke all my perceptions of how it would be. Does it augur well – absolutely. They asked us to put together a seminar to describe the informal cruising sector and over 30 well placed Government officials attended it and allowed us to inform them about cruising. In my opinion that is forward thinking!

In addition to talking with government, which other organisations will you be dealing with?

Coastal Keelboat Clubs and private marinas. South African Sailing also has a large part to play in this. Then there are the other ocean economy players such as SABBEX and BlueCape who we will engage with on combined projects. 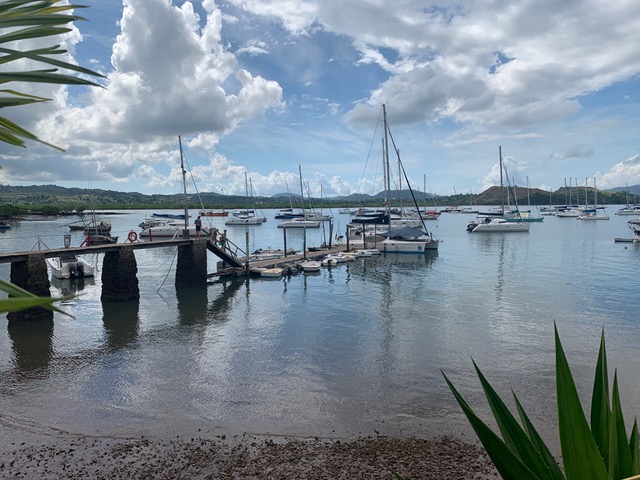 What are some of the major issues that need to be addressed in relation to the local cruising sector?

Our biggest challenge is for Government to understand that the informal marine sector employment supply chain begins at yacht clubs and marinas.  Once we have them on board with this then the sky really is the limit as this sector has seen no input from local or national government. The other big challenge we have is to stop over legislation. Often the recreational sector has to follow legislation meant for the commercial sector which is both impractical, expensive and counterproductive. We hope that legislators will approach us for comment and inclusion prior to legislation so that we can ensure a safe and prosperous informal sector.

You’ve also spoken about the potential positive impact of cruisers on the local economy. Would you say there is potential for big growth?

The potential is enormous, but we sit with a lack of capacity right now. This is for various reasons, loss of tenure by clubs, port capacities, high infrastructure costs and so on. We typically see around 200 international cruisers per season and realistically cannot cater for many more. We could up this to around 600 a season reasonably easily but we would have to provide facilities for this. The local keelboats number around 2000 and these keep ticking along but growth needs to be stimulated here – specifically with new boats as the existing craft are changing hands but there are few new boats entering the system. 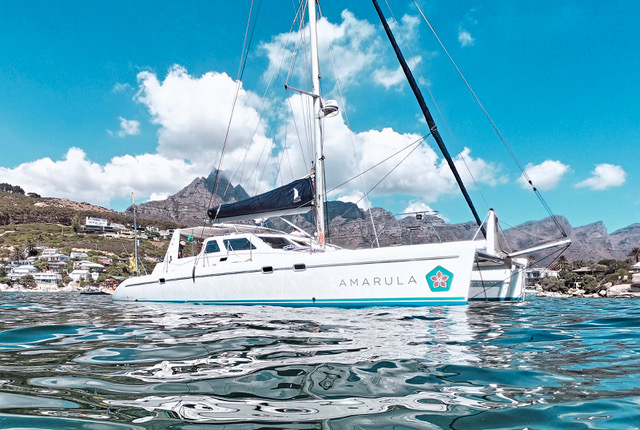 What would you say is the key to unlocking this economic potential?

Invested role players, and by invested I mean to endow the sector with time, energy and input.

What do you make of the proposed new Ocean Economy Hub at the V&A, as well as the V&A’s plans for a superyacht hub. A potential game changer?

A fantastic initiative and one that will be of huge benefit to Cape Town and South Africa. The spin off employment opportunities alone for the city are immense and I believe it will be the catalyst for a developing sector to get investors to sit up and realise the potential. 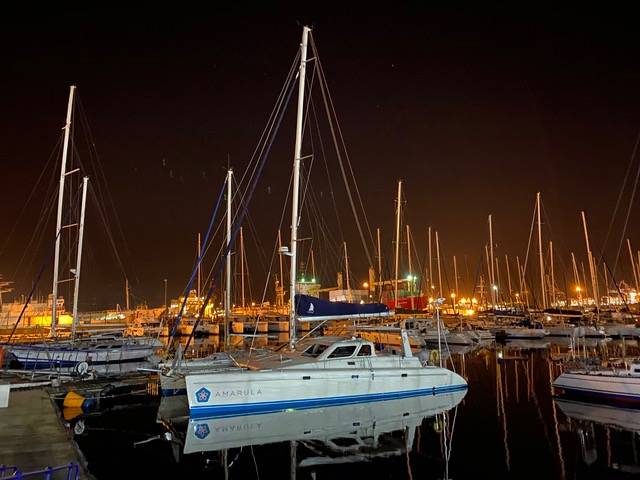 2021-05-10
Previous Post: GEMINI TO THE RESCUE IN JERSEY
Next Post: BOATS AWAY AS SOUTH EASTER HELD AT BAY