A second brand new offshore rescue vessel will soon be delivered to Simon’s Town NSRI base thanks to unrelenting charity from a faithful band of maritime rescue donors, according to NSRI chief executive Dr Cleeve Robertson.

The pandemic did little to dent the vital stream of donor funding throughout 2020, with vessels three and four of the new rescue fleet currently in production and others set to follow. Robertson paid tribute to the ‘giving culture of South Africans’ which underpinned his organisation. “An asset like that (new vessel) costs over R20-million and that is coming almost entirely from donor funding. Through 2020 they (the donors) really stayed with us – it really is a credit to donors that support us,” Robertson said, adding that the NSRI’s broad-based funding model had paid dividends, with around 100 000 donors including recurrent debit order donors whose contribution was invaluable.  “It can start with just R25 a month – not even the price of a cup of coffee,” Robertson said. 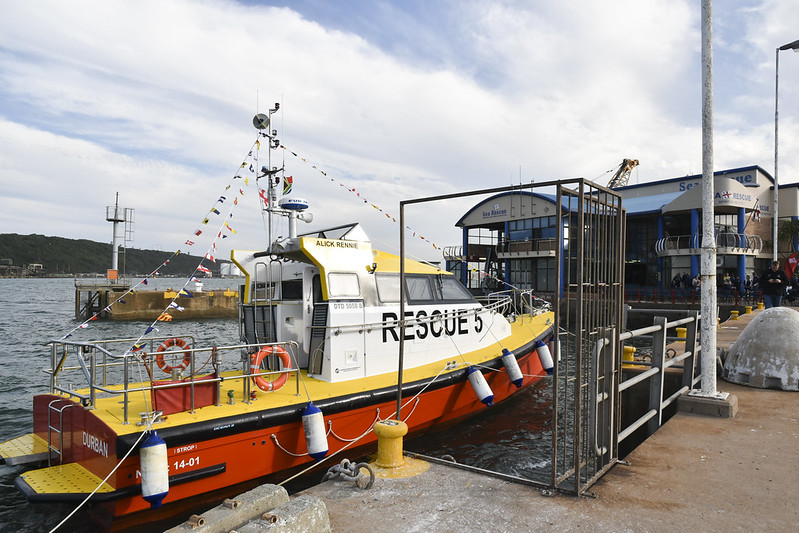 The new vessel programme, which aims to modernise the entire fleet, is being funded out of operational expenditure. The replacement vessels were designed by French naval architects Pantocarene, with the first built in France. The hull and bulkheads of the second vessel were shipped to SA for assembly at Two Oceans Marine. The Cape Town yard will also build the rest of the replacement fleet.

Robertson said he was extremely impressed with the manufacturing ability of Two Oceans and their progress to date: “The construction and quality of build at Two Oceans is outstanding – very impressive.”

“We are very happy with the way the build is going at the moment. Mark Delany is really a breath of fresh air in terms of assisting us,” Robertson said.

The ageing vessels being replaced would either be sold or used as part of an expanded NSRI fleet. “The hulls are 30 to 40 years old but they have been refitted and are still serviceable boats. They could go to a neighbouring country, or the other plan in the short term is to expand the offshore fleet from 10 to 12 vessels and put a boat in somewhere else along the coast.”