THREE QUARTERS OF THE WAY THERE…. 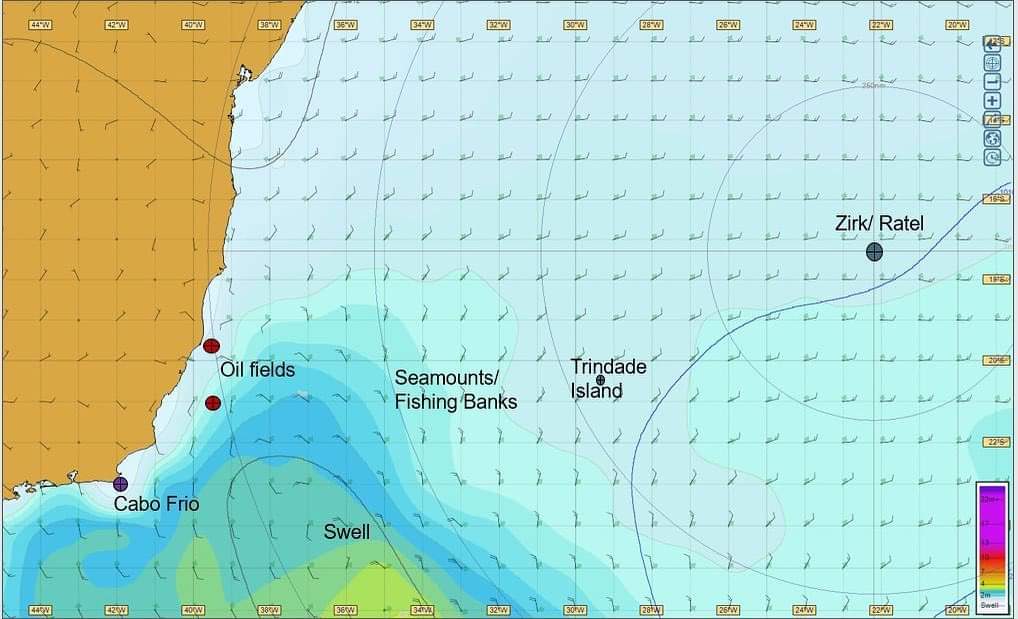 Indomitable Zirk Botha is posting sunset selfies on Facebook as he enjoys a balmy trans-Atlantic holiday.

The 59-year-old daredevil is now three quarters of the way towards becoming the first person to row unassisted between Cape Town and Rio, a feat made possible by a state-of-the-art custom rowboat.  It’s a distance of 7000km or 3800 nautical miles.

However it hasn’t all been smooth sailing, particularly the initial phase when Zirk survived huge swell and massive winds. His departure was twice delayed due to unusual weather that at one stage pushed him backwards south of Robben Island.

Currently he is battling some aches and pains — understandable for somebody rowing across an Ocean: “Need help from the wind as I need to rest my right leg,” he posted on February 5. “I have right knee over-usage problem with some discomfort and I’m taking anti-inflammatories. Also find it’s easier when I keep my knees together, but that’s not easy when the boat is rocking.”

On February 4 Zirk successfully deployed his drone for the first time during his trip, resulting in some great selfies. But he discovered that drone photography is easier on land: “The problem is not so much the launching but rather the recovery,” he wrote. “So I thought that since aircraft carrier pilots are supposed to be the best owing to their ability to land an aircraft on a strip equal to three rugby fields, which is my rating for landing the drone in an area equal to a single bed. OK I did trim my beard with the props in the process, but still..”

Zirk’s adventurers are being closely watched by a growing fan base, with many well-wishers sharing encouragement after each post: “Love that you are playing with toys at the same time,” wrote Tania Angell. “Enjoy to the max and hope that leg is holding up OK.”

Zirk passed the halfway mark on January 22 and enjoyed a celebratory drink.

“Getting to the halfway point of this incredible challenge is a momentous occasion, which is amplified by the fact that I am two weeks ahead of schedule,” he said in a statement to mark the occasion.“ I initially anticipated the trip would take 90 days, but if conditions remain favourable I may well reach Rio before that.”