Club to replace its hard-working vessels with turbo-charged newcomer 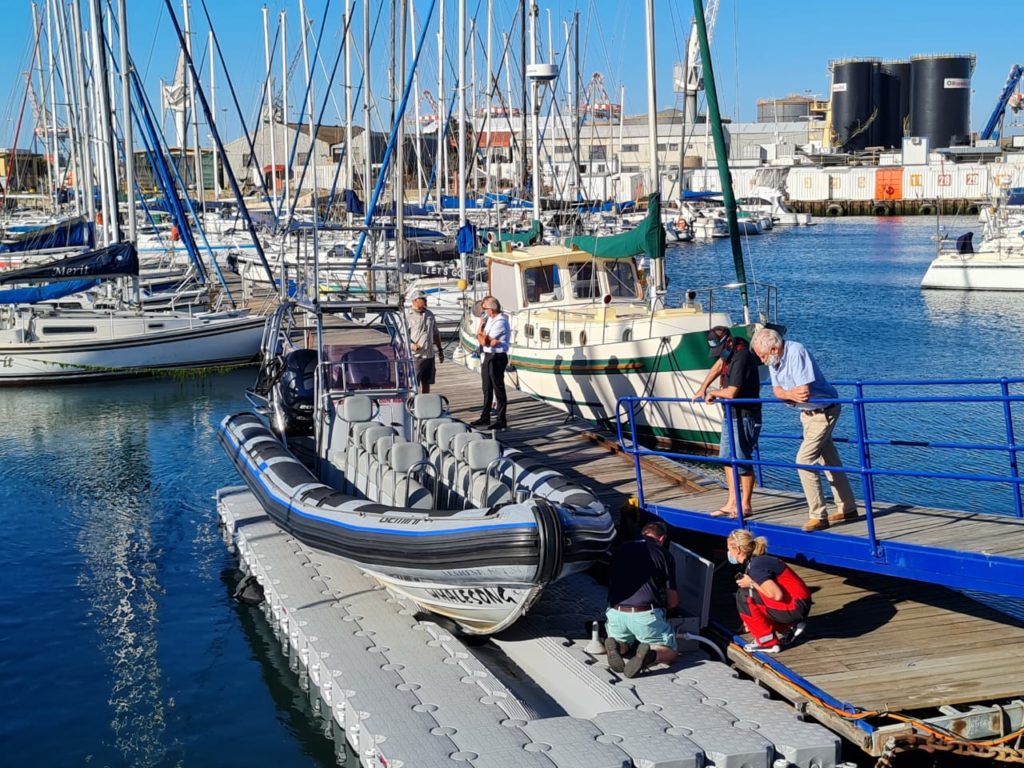 The Royal Cape Yacht Club has signalled its intentions to throttle into 2021 – in a new high-powered Gemini 8.5m Rigid Inflatable Boat with 4- stroke outboard engines. 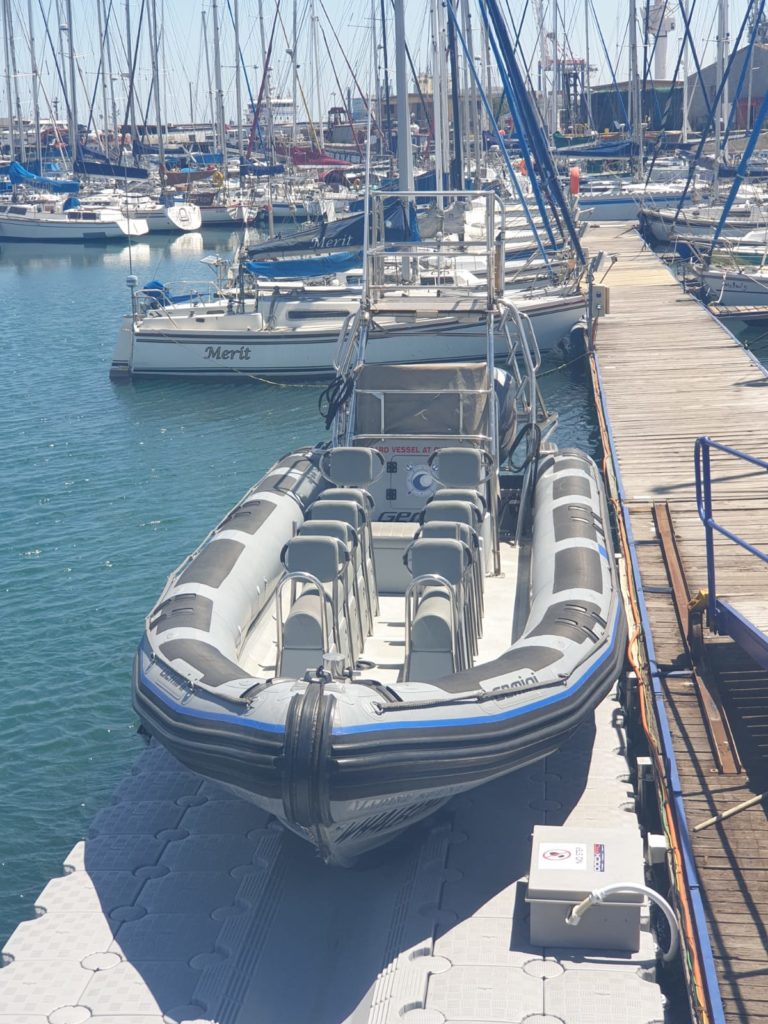 The Club officially introduced ‘Whalesong’ to members in the latest RCYC newsletter. The eye-catching vessel would be used for On Water Management, mark laying, water safety, media duties, and water support during cruising events. She has 12 to 14 specially designed jockey seats that can be speedily removed or reconfigured as required.

Whalesong will replace the Club’s two previous vessels, Royal Cape Lass and Royal Cape II, which are heading into retirement. “After years of endless problems with the two elderly ladies, it was time for the Club to own a boat we can all be proud of,” the Club said in its newsletter. The new vessel was strong enough “to endure many rigorous hours of operation without any concerns,” the Club said. “She was originally purchased in 2004 by Marine Scene which is South Africa’s leading Water Safety and Marine Logistical specialist for Media Production, Marine Sporting Events and Commercial Maritime services.   There are 12 to 14 specially designed “jockey seats” which provide a safe and comfortable ride.”

“Whalesong has previously been involved with the following sailing events: Cape Town Boat Show, Volvo Ocean Race, Cape to Rio’s, The Global Challenge and the Lipton Cup.  So, she is no stranger to our exciting sport,” RCYC said.