Pioneering entrepreneur with the Midas touch hailed as an inspiration 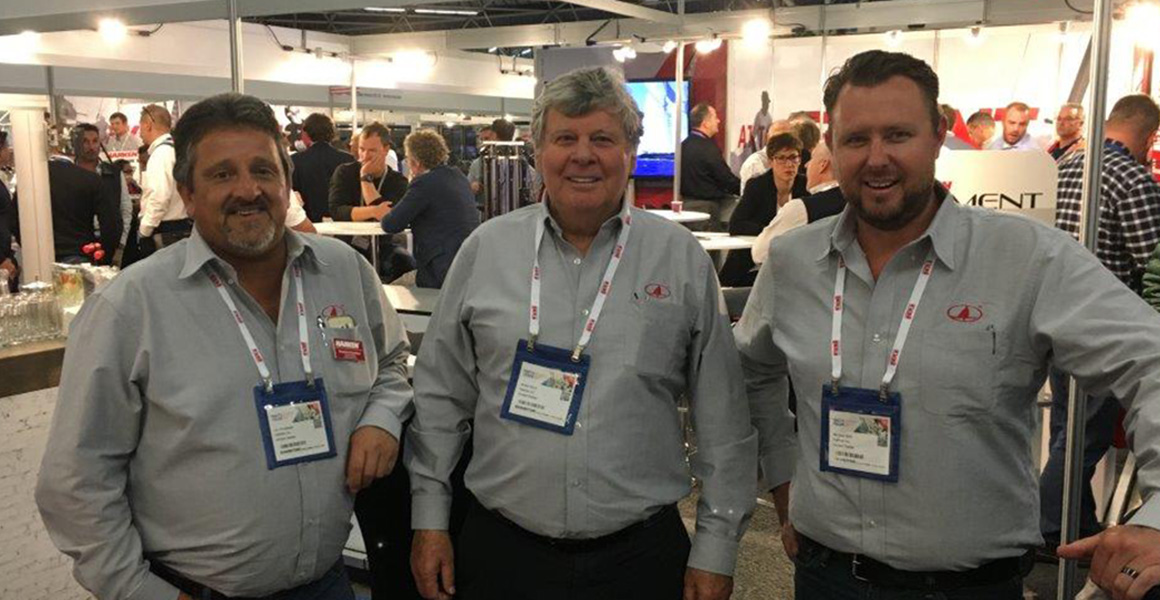 Harken SA’s shop floor is as neat and orderly as the admin office in heaven, and the view is also to die for – staring into infinity across Table Bay.

To the uninitiated the goods on sale at Harken South Africa in Paarden Island are equally mysterious: reflex furlers, cam cleats, radial all-chrome self-tailing winches, coils of multi-coloured rope.  There are more gizmos here per square inch than in MacGyver’s garage workshop, and I for one am mystified as I search the shelves for something I understand. It takes a while.

Fortunately help is at hand in the form of Hannes Knoetzen, the new face of Harken SA following the untimely passing in May last year of irrepressible businessman Ankie Roux who first contracted with US-based Harken 15 years ago.  Hannes (with 13 years of service), now a co-owner in the business together with Ankie’s three daughters, is quick to pay homage to his predecessor and his pioneering ways. “We are carrying on according to his law and his morals,” he says, pointing to the HARKEN MISSION STATEMENT on the wall adjoining the front desk which reads:

*Keep the well-being of your people first!

*Make the best products at a fair price.

*Service your customers beyond their expectations.

*Never lose your sense of right from wrong, the basic judgement taught by your parents. 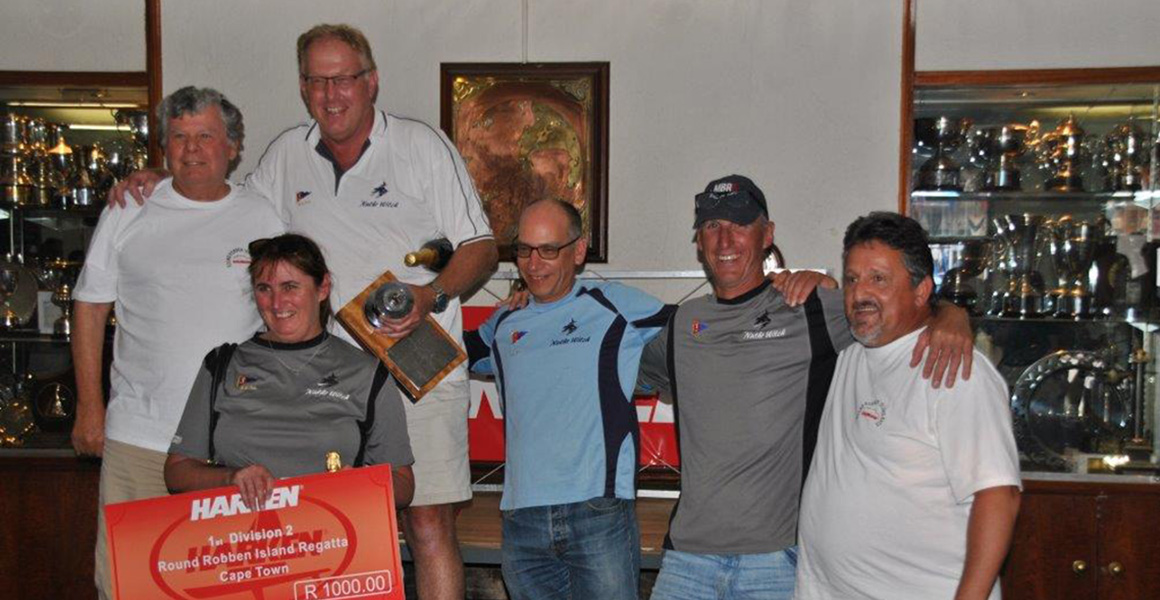 In fact Harken SA owes its existence thanks largely to Ankie’s entrepreneurial spirit. It was his love of keelboat sailing that led him to identify a gap in the sailing market – the need for a bigger supplier with a broader range of product. He contacted the Harken Brothers in 2002, and notified them of the un-tapped market in South Africa. Being an entrepreneur, he suggested representing them – setting up the Harken Agency in South Africa. On 15 September 2003 Harken Incorporated USA gave the go-ahead – the rest is history! Hannes says it is testimony to Harken’s faith in Ankie Roux that to this day the Marine Drive shop is the only independent Harken worldwide. Unassuming Hannes is also quick to point out that the ongoing success of the company since Ankie’s passing has been a team effort, made possible by Michael Batt, Lars Kessel and Michelle Barrish.

That much is clear when you step past the front desk and into a boardroom that is a virtual shrine to Ankie and his achievements: framed photographs of company highlights, notable awards, testimonials from boatbuilding heavyweights such as Robertson & Caine. The company continues to service many of the top leisure builders including Two Oceans Marine, Voyage Yachts, Phoenix Marine, Nexus Yachts, St Francis Marine and Knysna Yachts.

Hannes himself comes from a retail background and handles the customer and product side of Harken – “orders, shipments, deliveries that type of thing” – while Michael looks after OEM’s, Lars after Industrial, and Michelle takes care of Accounts.

Fortunately for Hannes, Harken is already a key player in the industrial space, producing high quality harnesses and winches – to name but a few products.  Explains Hannes: “The sailing industry is only so big and we already have a big, big part of that market – so there is no super growth there anymore. We are really just taking care and looking after that market. But Harken has realised that there is a big future in adapting Harken marine equipment for industrial applications.”

By way of example he explains how a Harken winch driven by a motor can be attached to a moveable seat that could hoist technicians onto tall wind turbines – product known as the Harken Power Seat. 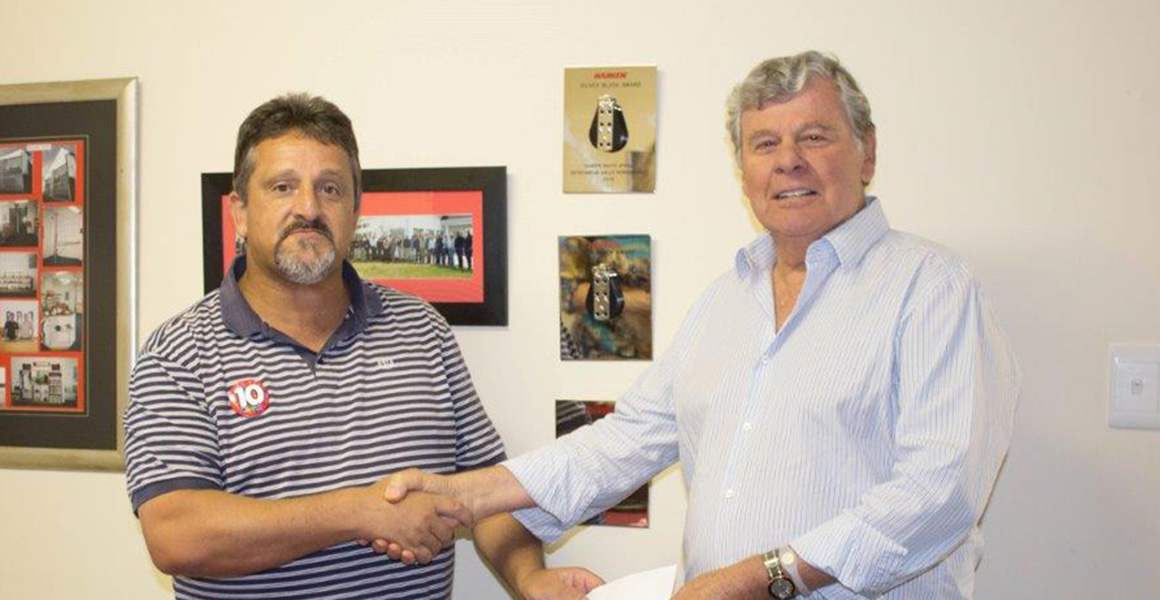 Hannes believes the shop’s success is based largely on quality Harken product and a few selected agencies producing equivalent quality: “We can’t take on just any kind of cheap bolts and nuts. No disrespect to other suppliers – that is probably their livelihood. Our approach is to take on just three top agencies that complement each other.” The agencies are Marlow, Spinlock and Edson.

Hannes is not one to vent his frustrations but he does pinpoint that the local mind-set is to ‘maak n plan’:  “People will rather bend a piece of wire, or use a block that’s too big for the job (but available) than invest in a new product to get the job done,” he chuckles.

On the plus side Hannes believes the business has proved it has a post-Ankie future, illustrated by a recent Harken group award as one of only four Harken outlets worldwide to show a 20% turnover increase – admittedly coming off a smaller base compared with many other shops. “When I received the award I did so for Ankie – CEO and Skipper of Harken SA,” concludes Hannes.

What next for Harken SA?  Hannes remains tight-lipped about a rumoured sale or buy-out.  The co-owners, himself included, want to insure that Ankie’s legacy continues, no matter that he has left to sail the celestial ocean.