Provisional findings suggest too much sail

Human error and not any inherent structural boat defect was most likely to blame for the catamaran accident in Table Bay late last year involving five British tourists and three local crew, according to the South African Maritime Safety Authority (SAMSA). 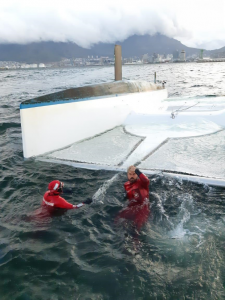 “The root cause is that the skipper had too much sail up in the prevailing weather conditions – human error,” SAMSA said in response to a SABBEX query last month.  “The structure/ build of the vessel is not in question at all,” said SAMSA’s spokesperson Tebogo Ramatjie, who stressed that the SAMSA findings were still provisional.  “The investigation report is in the process of being finalised,” Ramatjie said.

The accident, involving the 39ft leisure catamaran Escape Cat, prompted comments from Western Cape Minister of Economic Opportunities Beverley Schäfer, who questioned maritime safety protocols.  “I am grateful that there was no loss of life in this incident, and that the National Sea Rescue Institute found everyone wearing lifejackets,” Schäfer said at the time. “However, we need to be assured that all safety protocols were in place,” Schäfer said.

During the accident one of the tourists was trapped in the galley beneath the capsized cat, with water rising in the cabin, according to an accident report from the National Sea Rescue Institute. “From what we understand we believe that the skipper of the catamaran had free dived under the catamaran after she capsized and he was able to bring the mom out from below decks,” the NSRI said in their report. “The skipper of the catamaran is commended for this effort,” the NSRI said.

The boat manufacturer did not respond to queries about the accident. 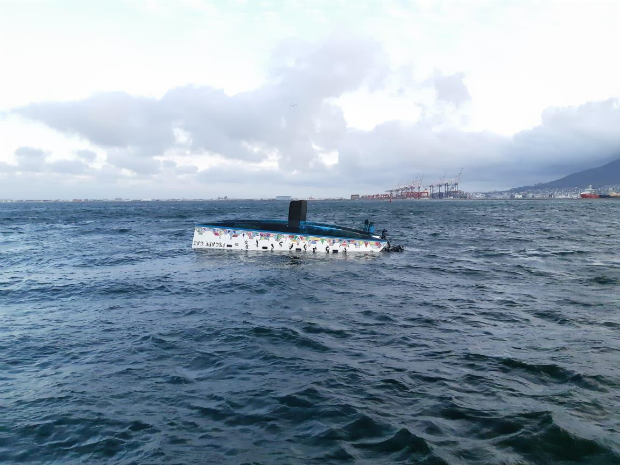