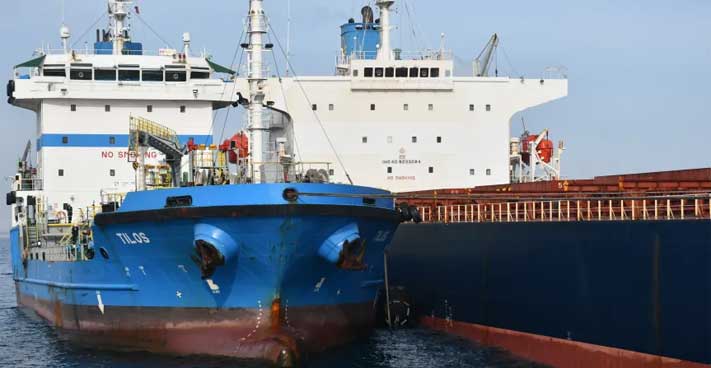 Just when you thought things couldn’t get more confusing in the offshore bunkering sector, SAMSA this month suspended a decision to lift the suspension on new applications for offshore bunkering and ship to ship transfer operations.

The current moratorium on bunkering licences for Algoa Bay continues until further notice, in other words.

The decision followed inter-departmental consultations and follows concerns about a still-to-be-completed comprehensive bunkering risk assessment study.  “The application window for bunkering licences for Algoa Bay will be extended until the finalisation of the risk assessment study,” SAMSA said in a clarifying statement. “The South African Maritime Safety Authority (SAMSA) wishes to apologise for any inconvenience caused by this suspension and will continue to work with stakeholders in the bunkering space to reach a satisfactory conclusion,” the regulator said. SAMSA this month also confirmed a new interim chief executive officer, Ms Zamachonco Chonco, who replaces Tsepiso Taoana-Mashilaone. Chonco was previously SAMSA’s chief financial officer and is a qualified chartered accountant with experience in both the private and public sector. “She has served with distinction as the Acting CFO at the South African Postbank before joining SAMSA,” SAMSA said in a statement. “She has also held various senior positions in finance at the South African Broadcasting Corporation (SABC) and the Auditor General of South Africa.”

“Since joining SAMSA, Ms. Chonco has been pivotal in supporting the agency achieve its first unqualified audit for the 2020/2021 financial year in more than four years,” SAMSA said.

Taoana-Mashiloane would return to her position as the Department of Transport’s Chief Director for Maritime Industry Development. Former SAMSA CEO Sobantu Tilayi remains on suspension pending a forensic investigation into allegations of misconduct. He was suspended several months ago.

On a more positive note SAMSA has also confirmed the completion of a highly successful NS Qingdao operation – the removal of reactive chemical cargo from the Chinese-owned ship that caught fire last year in Durban. “The NS Qingdao has now completed the discharge of waste chemical cargo from hold No. 3 in Saldanha Bay, which brings to an end a salvage operation that started in October 2021,” SAMSA said. “Waste cargo from the vessel’s hold No.3 was discharged in almost 1,000 skips and was responsibly disposed of at Vissershok High Hazardous Waste Management Site. Potentially contaminated ballast water pumped into ISO tanks was disposed of at the same site. During the discharge operation in the port of Saldanha Bay, no cargo residue entered the water,” said SAMSA