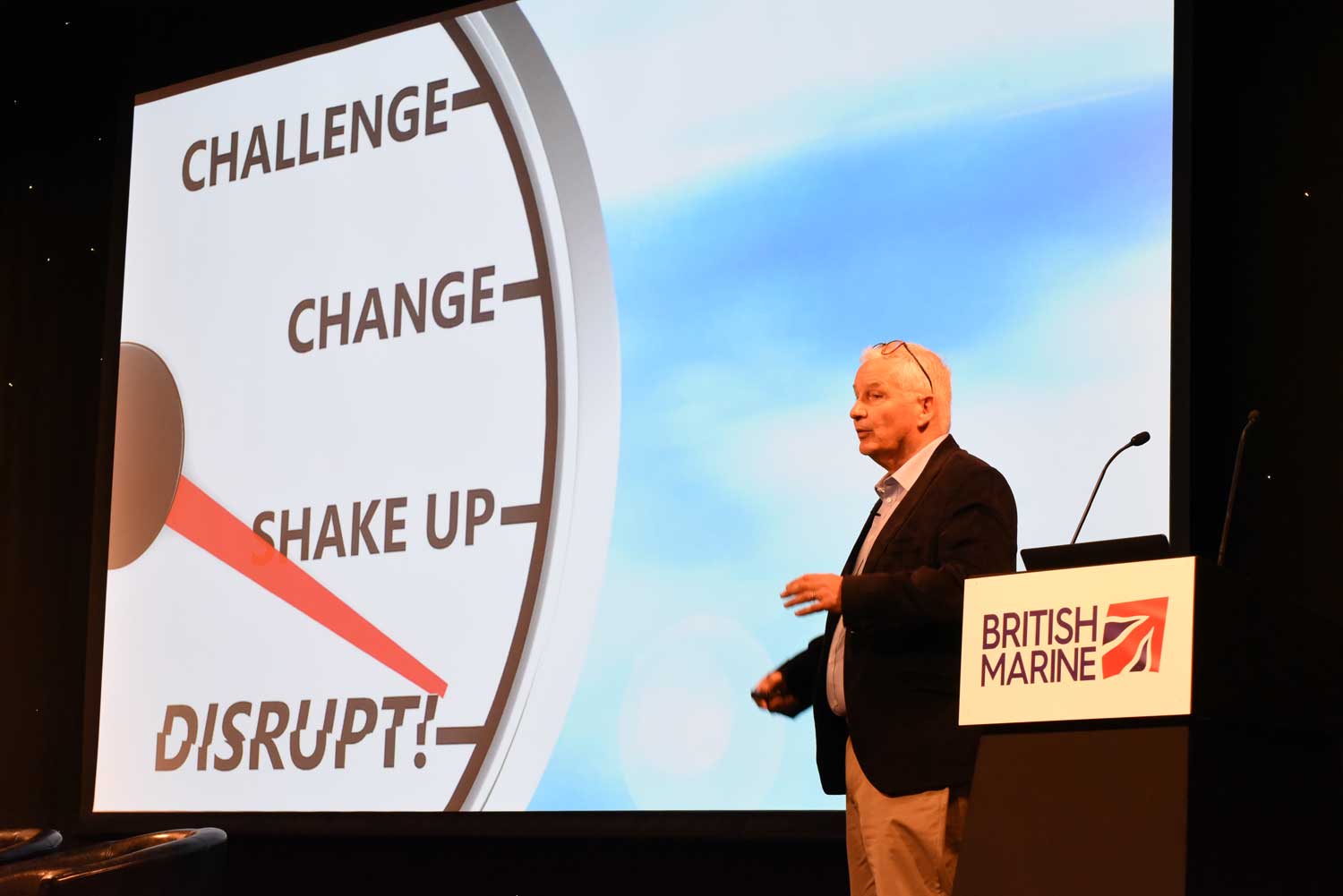 You don’t need to be 50ft to make a big splash in boatbuilding. HopYacht co-founder Paul Tomes has recently returned from Birmingham where the HopYacht 30 took centre stage at the inaugural British Marine Conference.

Tomes was one of only a handful of international speakers at the prestigious event which brought together experts in both the sailing and marine engineering worlds. He used the platform to highlight many of the HopYacht’s key credentials, notably the innovation and design thinking used to simplify sailing.

Tomes said his talk was well received and came just two months out from the launch of the first HopYacht 30, currently under construction in Cape Town. “The United Kingdom as a whole is geared for innovation, especially electrification programmes supporting decarbonisation,” Tomes told SABBEX. “The British marine industry are on a mission … fossil fuels have got to go and they have clearly defined targets to get there.” 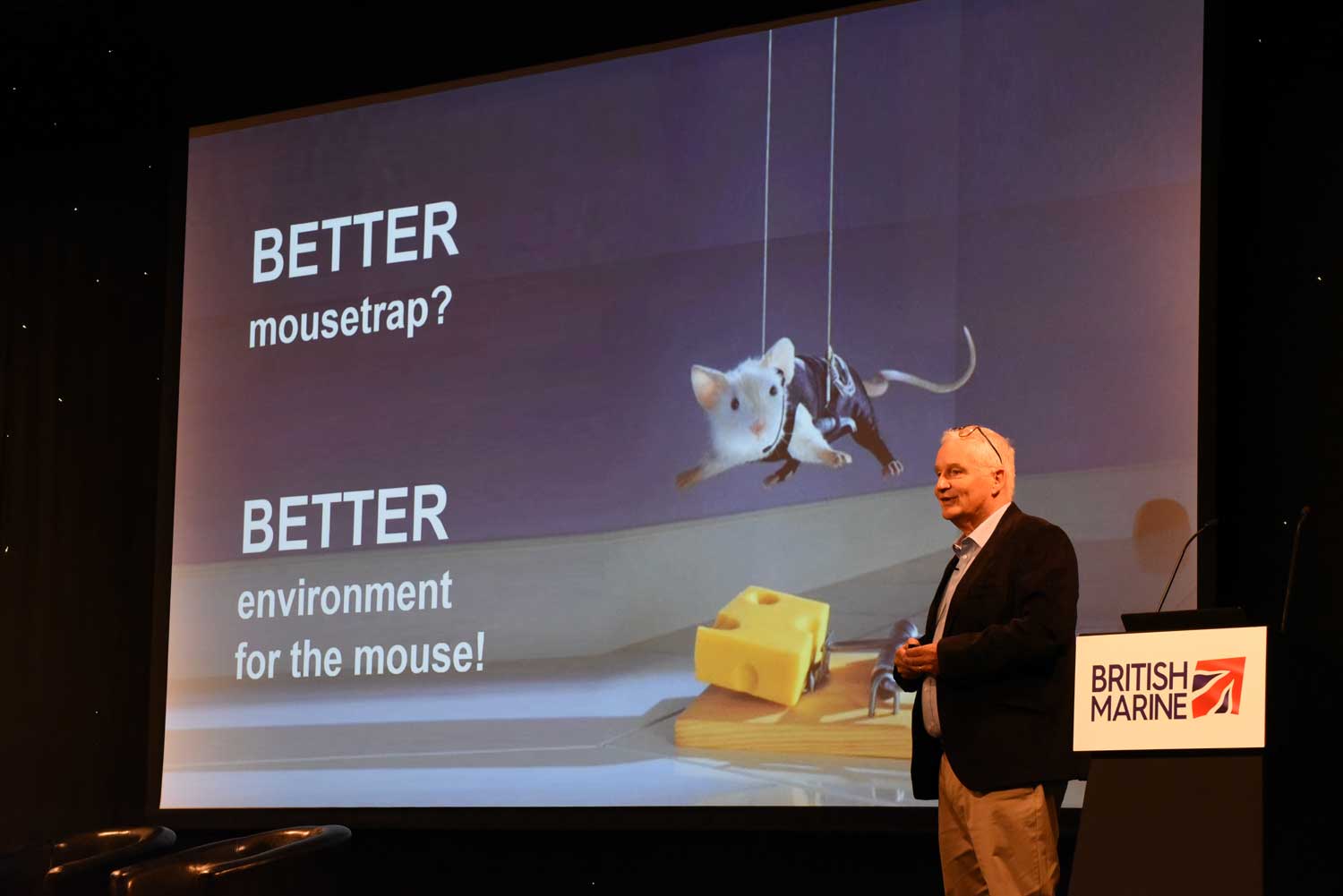 Other Conference speakers included Steve Bruce, CEO of E-Propulsion — who spoke about electric drive innovation, specifically for yachts – and Tommaso Migliuolo from Williams Advanced Engineering who highlighted efforts to bring motorsport innovation and expertise into the marine sector. “Many of the speakers directly referenced multiple UK Government initiatives to assist the marine sector with funding that is readily and easily available, making specific mention of a streamlined online process to apply to get rapid approval for anything from international boat show costs to long-term R&D work,” he said.

Tomes pointed out that the HopYacht design team had adopted a similar approach to major car manufacturers who are translating key features of their large luxury sedans into smaller compact models, coupled with the goal of zero carbon emissions. “We’ve done the same with HopYacht incorporating features from large luxury catamarans into a compact design, which includes twin electric motors, solar panels and hydro generation.”

“From the response to my presentation, it would appear HopYacht has ticked the right boxes for the United Kingdom audience and as a result we now have several enquiries to be represented in the UK, Europe and Asia,” he said.