When it rains it pours..and then keeps on pouring.

And then it floods. 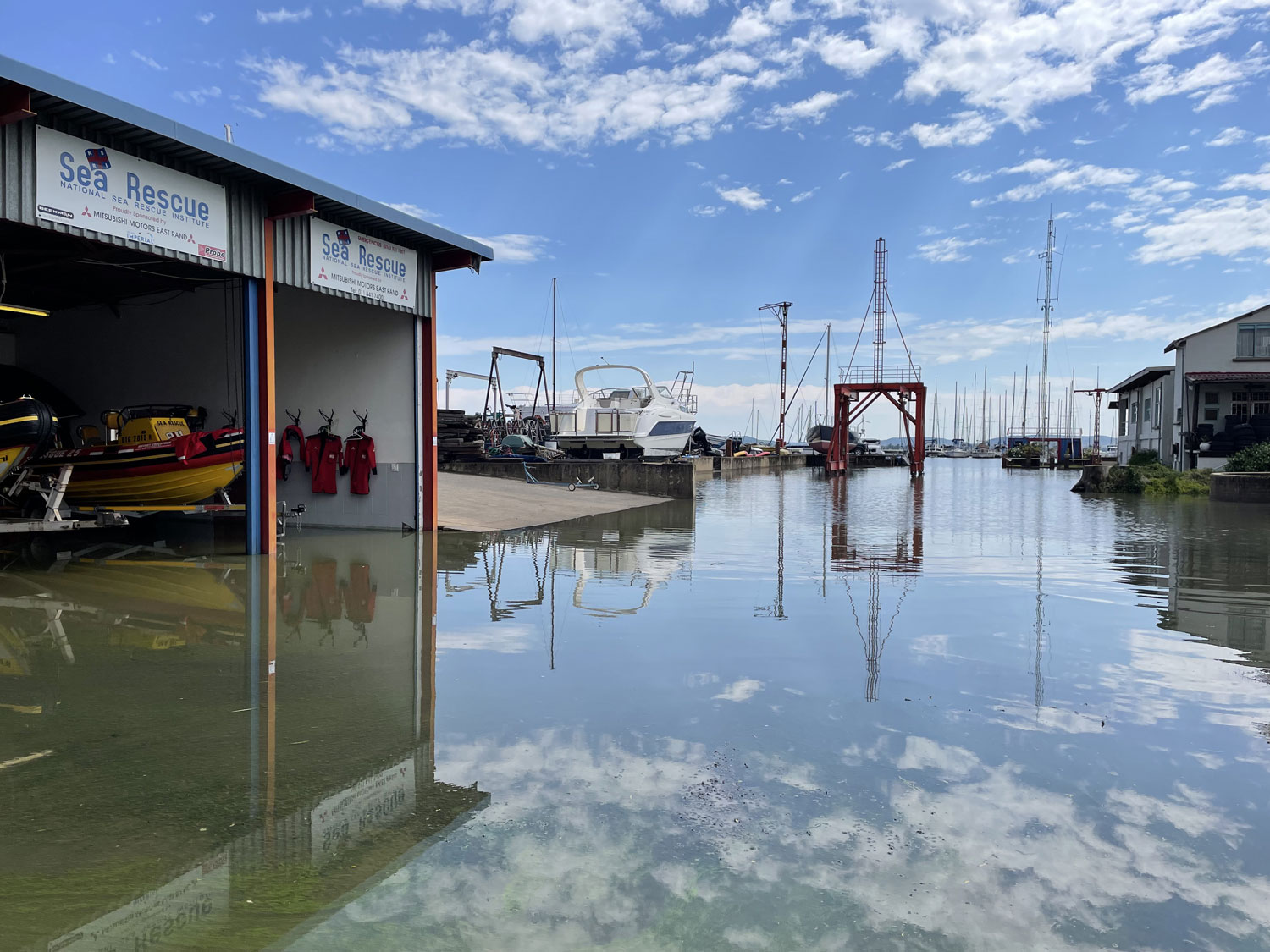 That’s the frustrating story for the Vaal Dam’s Manten Marina and boatyard, the biggest inland facility of its kind.

“Flooded again! Aaarggh” was all Kathy Manten had time to say this week when SABBEX contacted her for an update on the Vaal Dam’s extraordinary water level, which was sitting at 110% at time of publication – slightly lower than the January high-point.

However it’s not over yet. MORE water is gushing into the dam as thunderstorms continue to lash much of the interior due to the La Nina global weather cycle associated  with wetter than average summer rainfall in southern Africa. And while water is generally a welcome commodity in South Africa, there’s only so much one can take before it becomes a problem.

“While water is always welcome and flood water assists in flushing out the dams and rivers, it has been fairly frustrating,” Manten told SABBEX last month at the height of the last surge when her staff were scrambling to minimise the flood damage. “Our Marina can handle the ingress of water up to 107.5% but after that, the water floods the yard,” said Manten. “The water went up to 110.41%. We raised everything above the flood level to ensure losses were kept to a minimum. We had to close the Pub and Restaurant as it became unsafe for people to walk through the yard.”

“The many tourists who come driving down to the dam to see the spectacle of the sluice gates open may also have been a bit frustrated at the limited number of venues open for food and beverages as many other clubs and marinas were underwater too.”

“The ever present “blue-green algae” also drifts into every nook and cranny leaving a horrid stinky mess together with the silt that settles everywhere when the water goes down.”

“For our clients and members of other yacht clubs, getting their boats in and out of the water has become a bit dangerous too as again harbour walls and slipways are all submerged and it is difficult to ascertain where exactly they are,” Manten said. 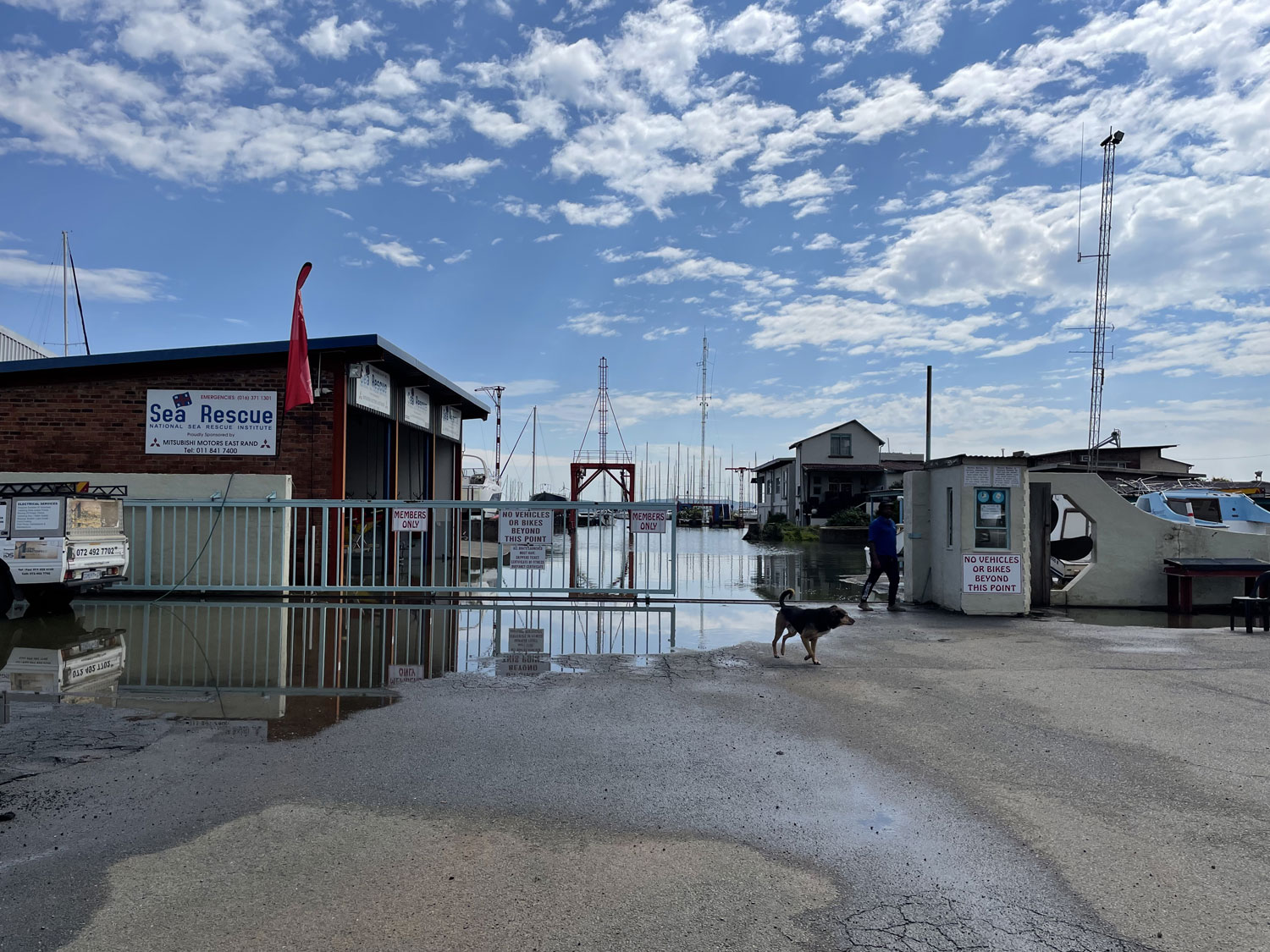 Illegal walls and infrastructure below the flood-line also created hazards for wayfarers, she added.

At one stage five sluice gates were opened, resulting in a major surge downstream where many landowners were unprepared. Although discharge was subsequently reduced, authorities are likely to open five gates again due to continued inflows. Vaal dam statistics for February 7 showed a dam discharge of: 171.0m3/s compared with an inflow of  199.7m3/s.

In reply one resident said the reduced discharge, albeit temporary, had afforded valuable time to affect repairs:  “I live on the (Vaal) River so I needed this respite to repair my pumps and piping and refill tanks,” said the commentator. “I am sure there are other people who needed the break as well. Ready for five sluices again,” he said.