NEED A CRUDE OIL TANKER IN A HURRY?

Auctioneer Ariella Kuper has handled a few interesting items in her time, including a ‘cocaine’ fishing trawler and the controversial superyacht Summit One.

However little will compare with her latest offering – the  158,000-dwt, 274m Marvin Star, a crude oil tanker worth around $30-million, which is currently languishing in Walvis Bay.

Yes the ship may require some parking, or a bigger boatshed. But potential buyers would at least be able to stockpile some fuel at a time of impending shortage. “We traditionally only attract an international market given the price tag and the nature of oil tankers, break bulk carriers – it’s not really a focus of the South African maritime industry,” Kuper told SABBEX this week.

Kuper, the managing director of Solution Strategists, will be hoping to break her all-time auction record of $25.2-million, achieved in August last year with the sale of crude oil tanker ADVANTAGE SKY. Although Cape Town-based Kuper has also been operating in Namibia since 2008 when she sold a Transhex diamond vessel. She estimates the latest vessel could fetch anywhere between $24-mill and $30-mill.

The Marvin Star auction is an online affair, scheduled to take place on June 2, with a refundable deposit of just $100 000. It follows a Supreme Court of Namibia showdown regarding ownership of the vessel, which is controlled by Marvin Shipping of Greece, according to media reports. An initial auction set down for November last year was blocked following intervention from a company linked to the Islamic Republic of Iran. 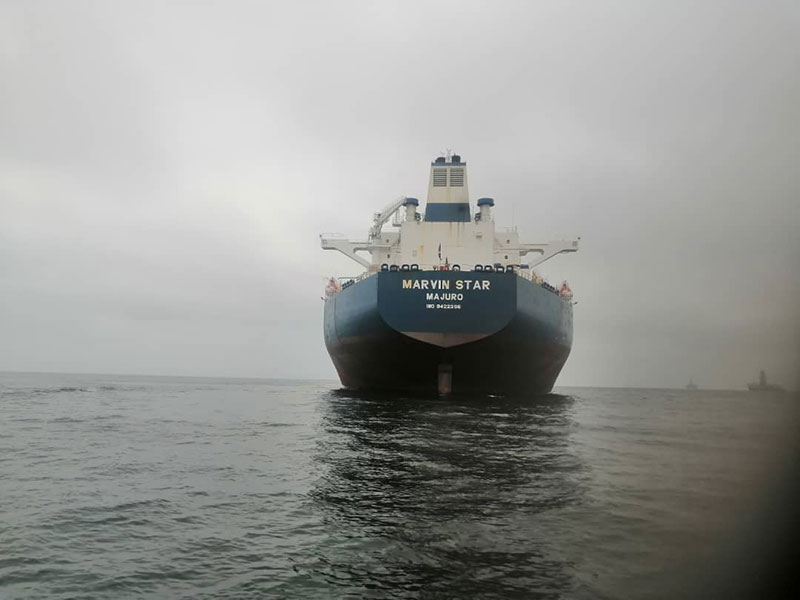