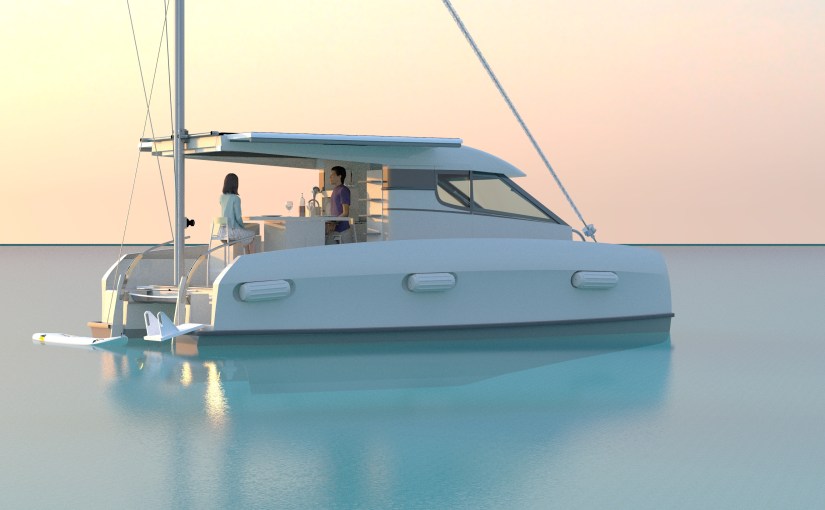 The world is getting smaller, and so are catamarans in the leisure boating sector. Or so it seems judging by a sudden gust of ‘compact catamaran’ innovation in the local market.

News just in is that the first Phil Southwell-inspired Nutshell Catamaran is under construction in Cape Town, with the first hulls and deck already demoulded and work on the top ‘pod’ structure well underway.

“This week we are cutting the mould for the main pod beams which support the pod lid,” says builder Dylan Soares de Melo, founder of Further Composites. “We cut the window moulds last week, for the forward and main windows, and will be laminating those tomorrow.” 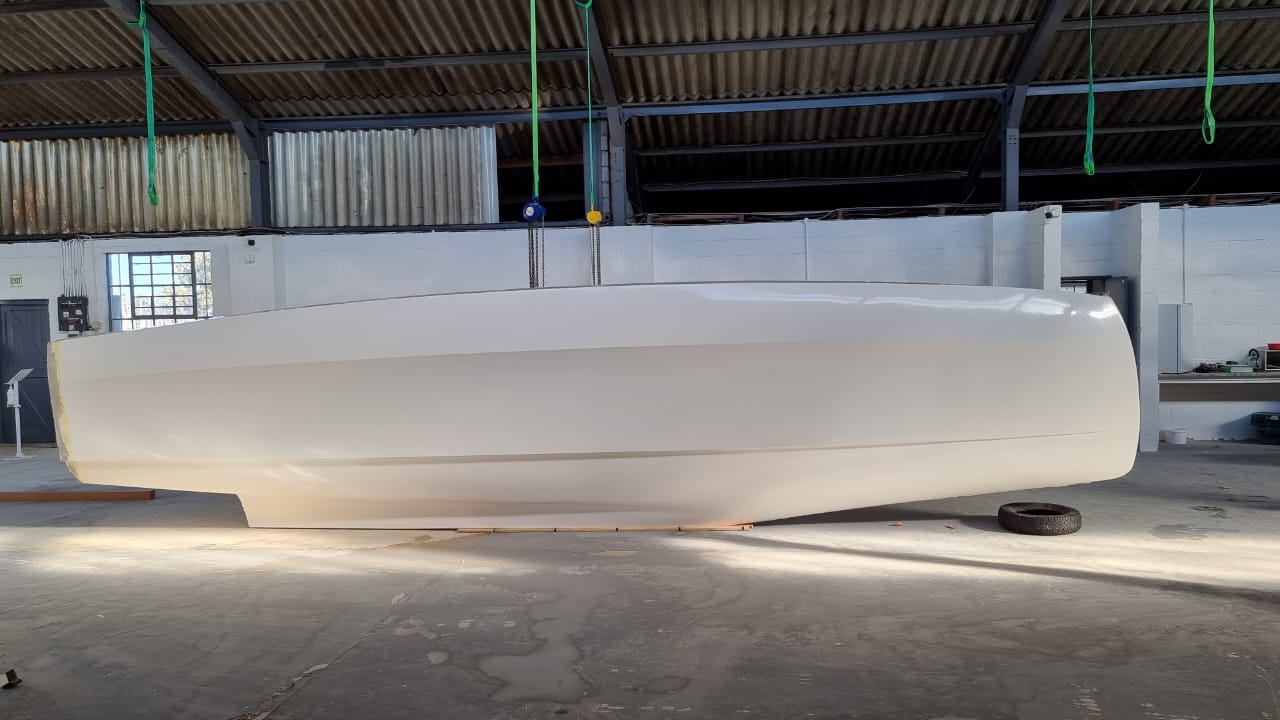 “It is coming together and it should happen quite quickly. We are keeping the boat as simple as possible. It is all very exciting,” De Melo says.

The Nutshell is one of two compact catamaran designs jockeying at the starting line of what could turn out to be a lucrative voyage for South African boatbuilding. A competitor design, the HopYacht, is a collaboration involving former Hout Bay Yacht Club commodore Paul Tomes and naval architect Anton du Toit.

The near-simultaneous emergence of two similar designs is no coincidence, of course. But suffice to say the build teams are looking to ride a new trend in leisure boating – more manageable boats that don’t necessarily require huge sailing experience. That’s not to say you can’t venture over the horizon in your compact catamaran; it just means you can now do it without necessarily having to mortgage the house and hire a large crew to help out.

“People are looking for boats that are easier to sail and cheaper to moor, and people who are not seasoned sailors are now looking to get into sailing,” explains De Melo. “The stability of the catamaran on sheltered waters and the ease of sailing these boats is basically the primary goal – to open up sailing to more people,” he adds.

De Melo believes the concept also feeds into a global zeitgeist of individualism and innovation, with first-time buyers these days generally more receptive to something new. Explains De Melo: “I think the Nutshell just comes at the right time with what is happening in the world. People would prefer to have their own little Nutshell tied up against others belonging to their mates, as opposed to sharing a 40 footer. People want their privacy, and you can remove yourself for the day to go find a little bay by yourself.

“Essentially that is what it is: a boat that is targeted at non-seasoned sailors who are wanting to get into sailing. And it is made possible as the mechanics of the boat are very simple,” De Melo said. 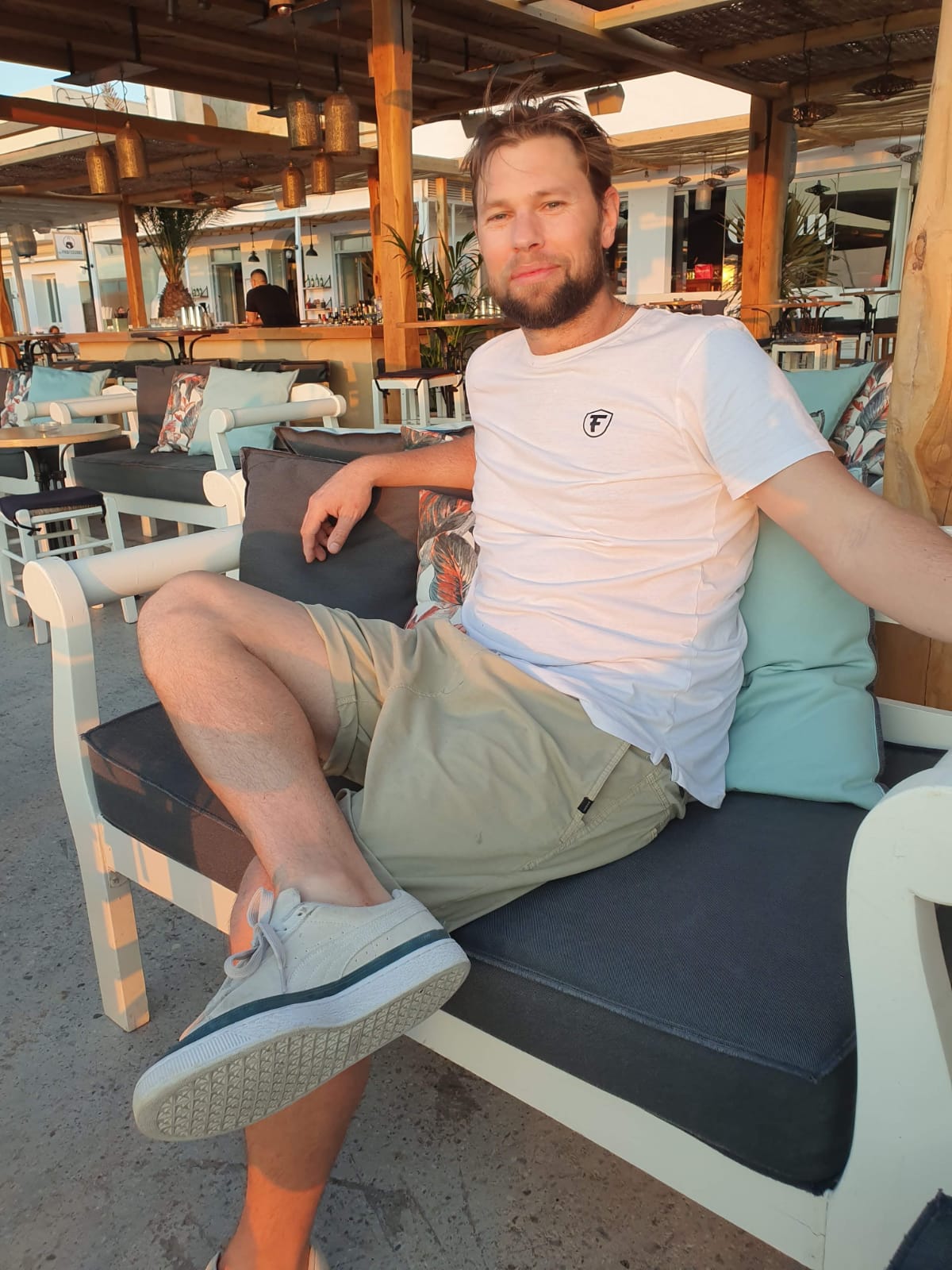