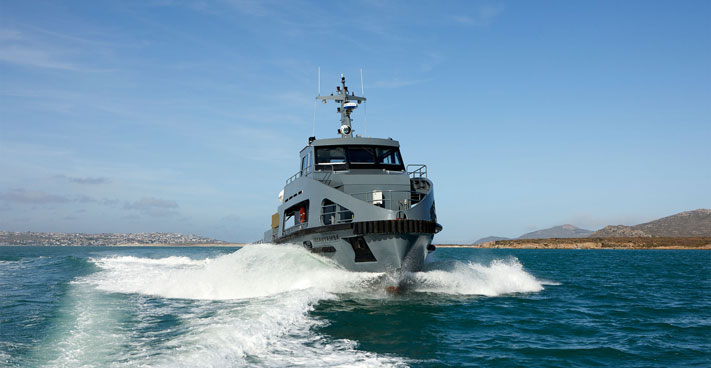 ‘Inkanyamba’ Workboat, Capable of Operating In Severe Coastal Conditions,
To be Utilized By SANDF Special Forces for Personnel and Equipment Transport and Training

ARMSCOR PRESS RELEASE: Veecraft Marine, subsidiary of Paramount Maritime, has delivered a 20 metre (LOA) workboat to ARMSCOR on behalf of the South African National Defence Force (SANDF), whose Special Forces will utilise the vessel for the transportation of personnel and equipment and also for support training activities.

The workboat, aptly named ‘Inkanyamba’, after a Zulu legendary sea serpent, can efficiently navigate through the inclement weather conditions often experienced in the coastal regions of South Africa.

Despite a deadweight load of 20 tonnes and the capacity to accommodate a 6 metre Intermodal (ISO) container, while fitted with a 5 ton marine crane, the Incat Crowther designed vessel can reach a cruise speed of 14 knots, powered by twin 588kw MAN D2862 LE431 marine engines, rated at 588 kw (at 1800 rpm), and driven by two Teignbridge fixed pitch propellers.

Up to four crew-members and sixteen passengers can be accommodated in the Inkanyamba workboat. Its wheelhouse is designed to allow for 360-degree visibility for crew-members, including offering an unobstructed view of the cargo deck. The workboat’s deckhouse is further fitted with galley and mess areas, along with ten berths, two bathrooms and a deck locker accessible from the cargo deck.

Other notable features include the workboat’s exceptionally durable fendering system, heavy towing bollards on either end of the vessel, a foldable dive platform equipped behind the transom, and stairs additionally integrated into the main deck, so as to provide safe logistical access for personnel and passengers.

Inkanyamba has been designed in accordance with Bureau Veritas (BV) requirements and in accord with flag state rules, as defined by the South African Maritime Authority (SAMSA) for Category C vessels.

Inkanyamba is the twelfth Incat Crowther vessel built by Veecraft Maritime in less than a decade, with the company having previously supplied vessels to South Africa’s Special Forces, the South African Navy, and in delivering riverine patrol boats to South Africa’s Maritime Reaction Squadron, which offer assistance in boarding operations at sea and disaster relief efforts, among a myriad of humanitarian operations.

Stuart McVitty, Chief Executive Officer (CEO) of Veecraft Marine, stated that: “Maritime security is a critical component in safeguarding our country’s territorial integrity, which includes protecting our exclusive economic zone and blue economy. It’s a privilege to maintain our commitment to supporting South Africa’s defence forces through innovative technologies and transportation and training platforms, such as Inkanyamba.

“This workboat’s delivery is yet another benchmark of what remains our continued service in supplying vessels designed to navigate through austere environments, with both maximum cargo load capacity yet exceptional maneuverability in mind.” 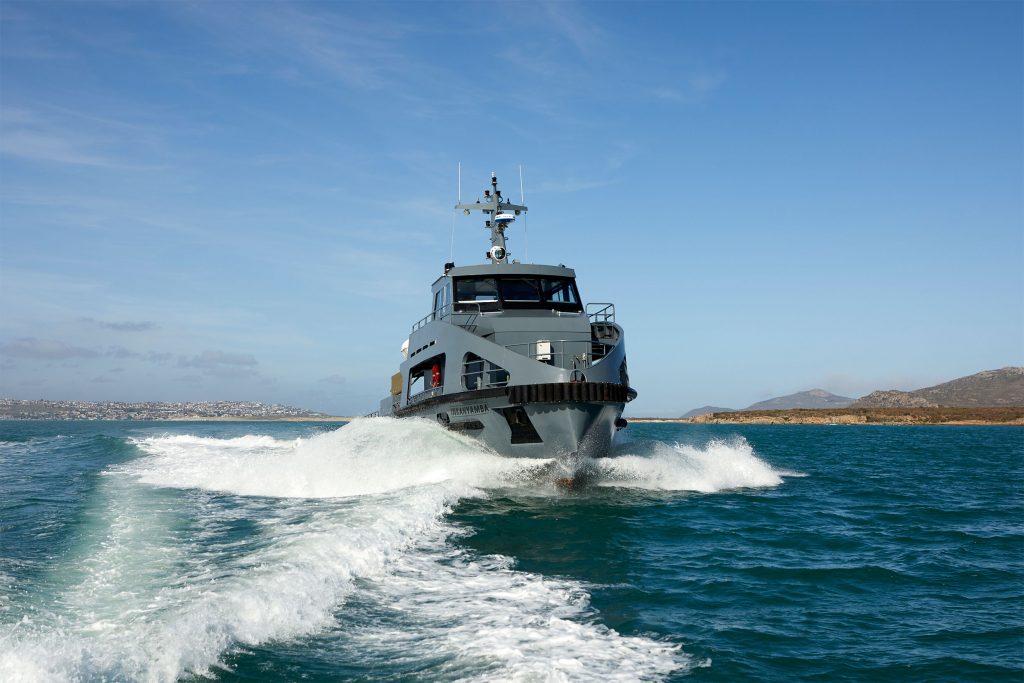