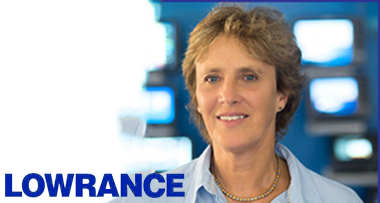 “Ramaphoria” may be over, but it’s not all doom and gloom in marine electronics, according to Lowrance South Africa managing director Lisbeth Plotz.

The Durban-based company has seen continued demand from the jetski and kayak market, with bass fishing another growth segment, Plotz told SABBEX. The growth has offset a general decline in demand from the battling ski boat sector. “There was definitely an upwards trend in the early part of the year with Ramaphosa (becoming President) – people became more positive and as they got more positive they were keen to invest,” Plotz said. “That sadly seems to have slowed down,” she added.

The downward trend is particularly evident in the ski-boat market, with potential new buyers possibly migrating to smaller craft such as kayaks – one possible reason for the growth of this segment, Plotz said.

Changes to the marine regulatory environment had also taken a toll, such boat ownership being tied to skipper qualifications.

However on the plus side the new VHF radio regulations which came into effect two years ago prompted a demand for compliant radio units: “They made the rule (obligatory VHF radio) but nobody was prepared for it and you couldn’t get the radios and couldn’t get them approved,” Plotz said. “But that has all been sorted out now. It caused a lot of problems for two years, but it is settling down now.”

Plotz also bemoaned ongoing currency volatility that impacted negatively on business efficiency, particularly at dealer level: “It makes it very difficult to buy and have a consistent price list – we have to change prices more often for the dealers. It is a problem,” she said.

“Despite this we are positive about the future and we have a good footprint in the market.”