‘WHAT AN EVENING!’  BOAT BUILDERS TURN ON THE CHARM AT AWARDS CEREMONY 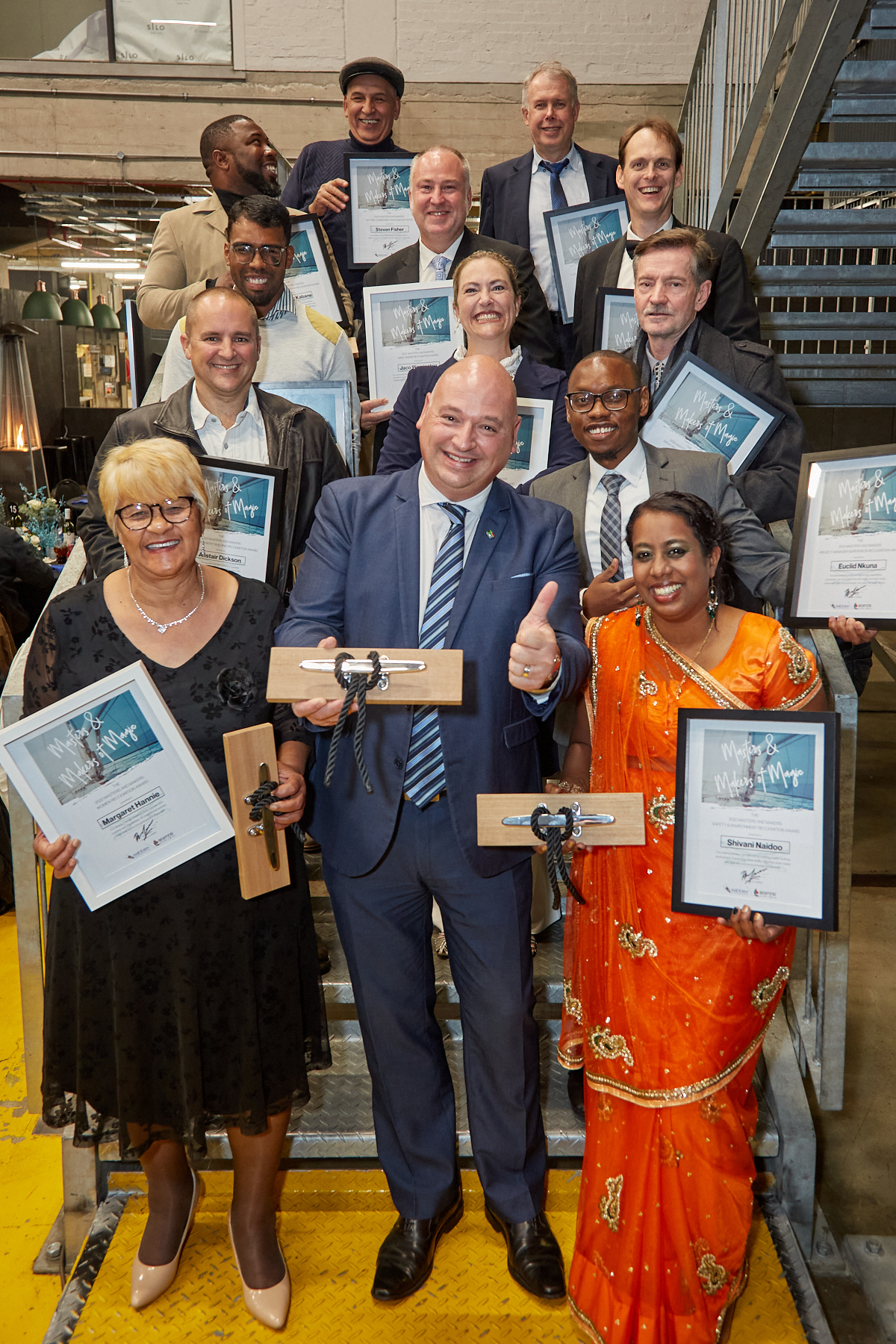 It was like the Oscars, but without a slap in the face.  South Africa’s boatbuilding event of the year exploded back into life last month after a Covid-induced three year absence. And unlike the US Oscars there were no celebrity embarrassments – at least none that we know of — to detract from a premium grade jorl. 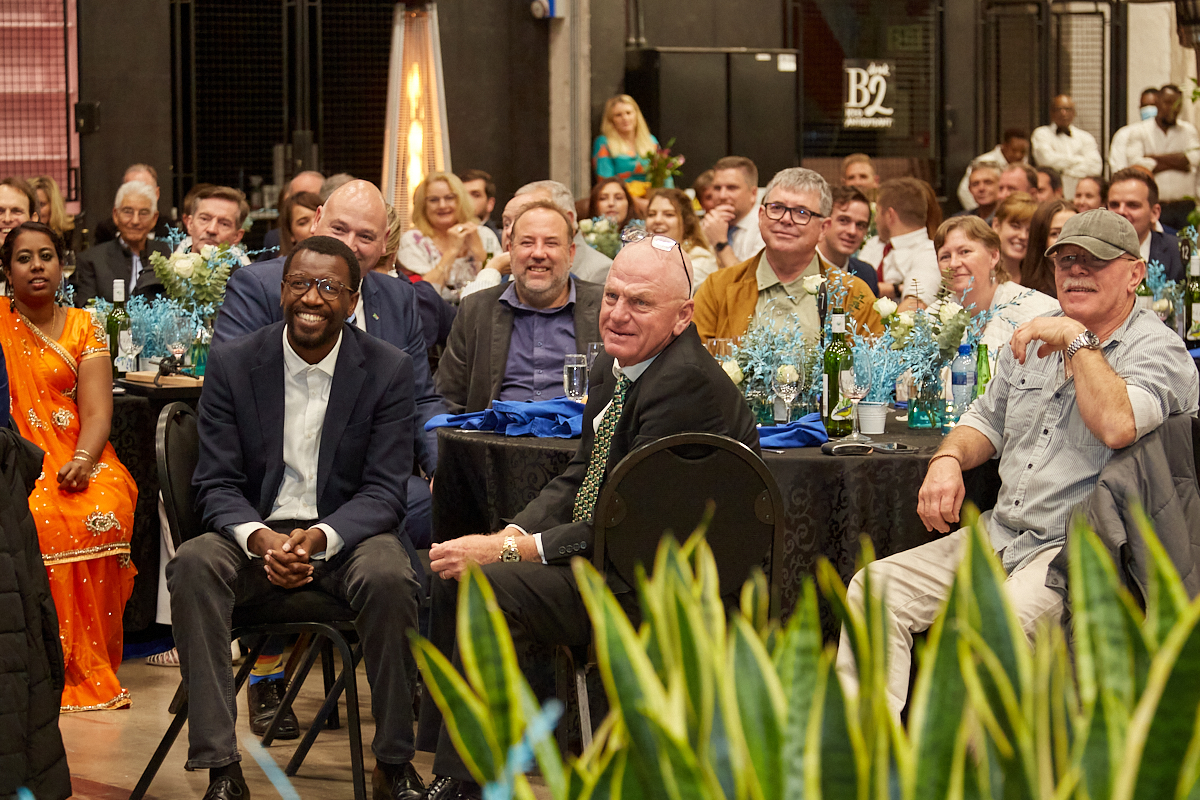 Boatbuilding celebrities there certainly were in abundance at SABBEX’s gala dinner bash, but industry stalwarts were on best behaviour, or as best as can be expected after years of being cooped up in various stages of lockdown. The Who’s Who of the local maritime scene once again turned up to show why the boatbuilding sector is doing so well – by pulling together. “I think this event illustrates what other sectors can achieve if they pull together,” said Cape Chamber of Commerce and Industry chief executive John Lawson after the Maker’s Landing event. “Here you have commercial rivals all in the same boat, joining up to promote their trade and honour those who have excelled. It demonstrates the kind of spirit we would like to see right across the economy – a willingness to collectively build on strengths for everybody’s mutual benefit. I think this sector can be a role model for others.” 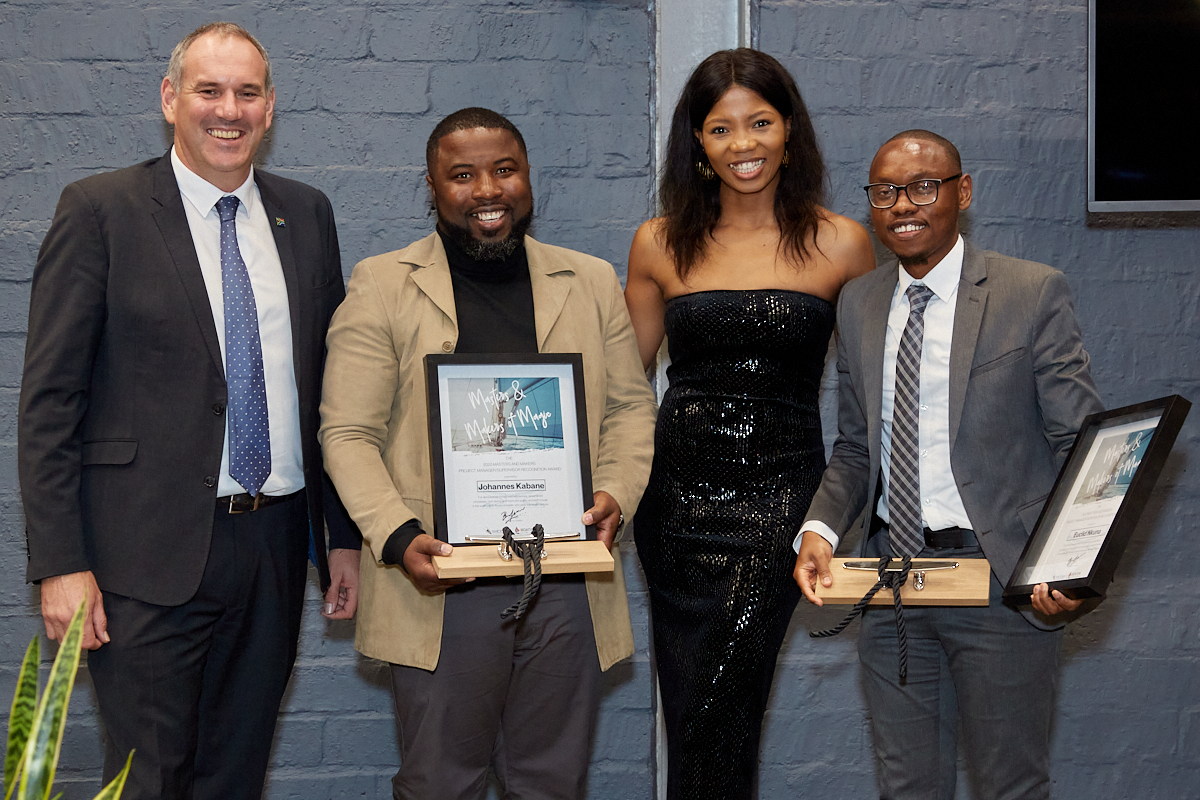 Lawson was not alone in lavishing high praise on event organisers and the sector in general. James Vos, who surely by now deserves honourary boatbuilder status on account of his campaigning support, was as eloquent as ever in his keynote address when expounding on the industry’s success. “It was a fantastic moment to celebrate the achievements of one of Cape Town’s high growth industries and to see that there is still much-untapped potential,” Vos said after the event. Vos is convinced the industry is poised for even more success. “In my speech to the audience, I stated that there remained many more opportunities for the local industry to seize and that marine manufacturing is a space for people in a variety of trades to thrive.”

“By working together, we can take Cape Town’s ocean economy to the next level while providing more job opportunities for the people of our city,” Vos said.

It’s a sentiment shared by industry representatives, who are still flushed with the success of local yards in the latest round of global boatbuilding awards. South African yards cleaned up – no less than five Boat of the Year Awards, with Balance Catamarans recording an unprecedented trifecta of ‘grand slam’ competition accolades from the three most prominent global awards. Little wonder therefore that this year’s local award ceremony had a celebratory air, no matter the start of the Cape winter which at one stage threatened to drown out the speakers as rain thundered down on the Makers Landing roof. 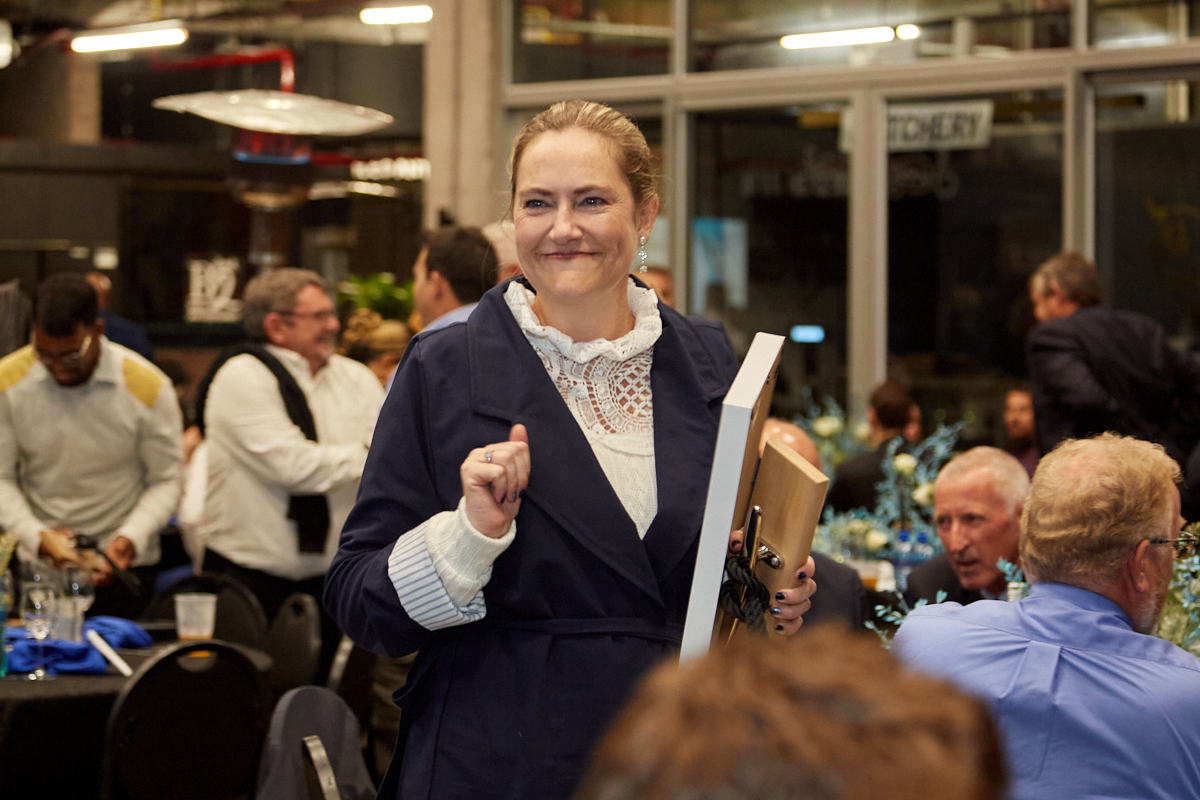 The evening featured a heady mix of wine, audiovisual presentations, and cuisine produced by the Maker’s Landing ‘food incubator’ team who offered a foretaste of what this facility has to offer for Cape Town’s hospitality industry. In true boating tradition some industry stalwarts pushed deep into the night, circumnavigating many talking points, with more boatbuilding rock stars per square inch than a Miami Boat Show.

Naval architect Anton du Toit, pioneer Derrick Levy, Paarmans aplenty – there were not many gaps on the guest list as most took advantage of a chance to forget about Eskom and the Zondo Commission – and there was no mention of them amidst the industry chatter.

And it didn’t take long for social media to chime in with comments and reaction, notably from the main award winners. “The team at Du Toit Yacht Design have been ten feet off the ground today after an incredible evening at the Boating South Africa 𝙈𝙖𝙨𝙩𝙚𝙧𝙨 𝙖𝙣𝙙 𝙈𝙖𝙠𝙚𝙧𝙨 𝙤𝙛 𝙈𝙖𝙜𝙞𝙘 awards evening,” said a post on the Du Toit Yacht Design Facebook page. “This prestigious awards evening recognises the true achievers in the boatbuilding industry in South Africa. It was wonderful to see our founder and leader, Anton du Toit, win the Excellence in Yacht Design award, and for Johan Huisamen receive a special mention as a Rising Star and Charmaine du Toit receive a special mention in the Women in Boatbuilding category.”

“It was also wonderful to see our boatbuilding partners, Two Oceans Marine Manufacturing and Balance Catamarans Cape Town as well as Nexus Yachts, walk away with so many deserved awards and for Steven Fisher of Sparcraft Masts to win the Lifetime Achievement Award.

We can’t be prouder to work with such an awesome team!”

Boatbuilding heavyweights Robertson & Caine were also quick to honour their award winners: “It was almost a clean sweep for our boat builders, Robertson & Caine, at the SABBEX Award Ceremony,” gushed the R&C Facebook page. “With 12 nominations in the various categories and nine total awards, they took home five!”

Kirsten Veenstra, industry marketing and communications specialist, said the ceremony’s festive atmosphere was testimony to the need for more regular industry get-togethers in the wake of the pandemic. “The industry used to get together fairly often. Before Covid there would be a get-together every quarter, with a different host. Then all that came to a stop.”

“What struck me about the evening is that it showed the industry does need to get together more often – it really has been missing. Normally the industry would get together at the Boat Show but we haven’t had that for two years either.  I just hope that life returns to normal and all this sort of stuff can start to happen again,” Veenstra said.

She said this year’s award categories had honoured a broad sweep of industry players, with a surplus of good candidates.  “To acknowledge so many incredible people in the industry is fantastic for the spirit of the industry – I know what it has done for morale. It is very important that these people get recognsied, and it is such a pity that we haven’t been able to do it for two years,” she said.

The positive feedback is just reward for much hard work, including from the SABBEX organising team. “It was indeed a magical evening,” concurred SABBEX executive manager Thina Qutywa.  “What stood out for me was to see the industry come together and support each other, and to see people be recognised for all the hard work they’ve done.”

SABBEX chair Bruce Tedder said the event was symptomatic of a thriving industry: “The sector is thriving, growing at close to 20 percent a year.”

“We should have had double the prize winners,” he quipped.

Maybe next year there will be.