Jason Ruger was still in nappies when he first headed out to sea. It was 1984. South Africa was a dustbin, of tissues and teargas canisters. But Jason’s parents saved him from all of that in a 31ft Miura and a dream of a better life wherever the wind was going. 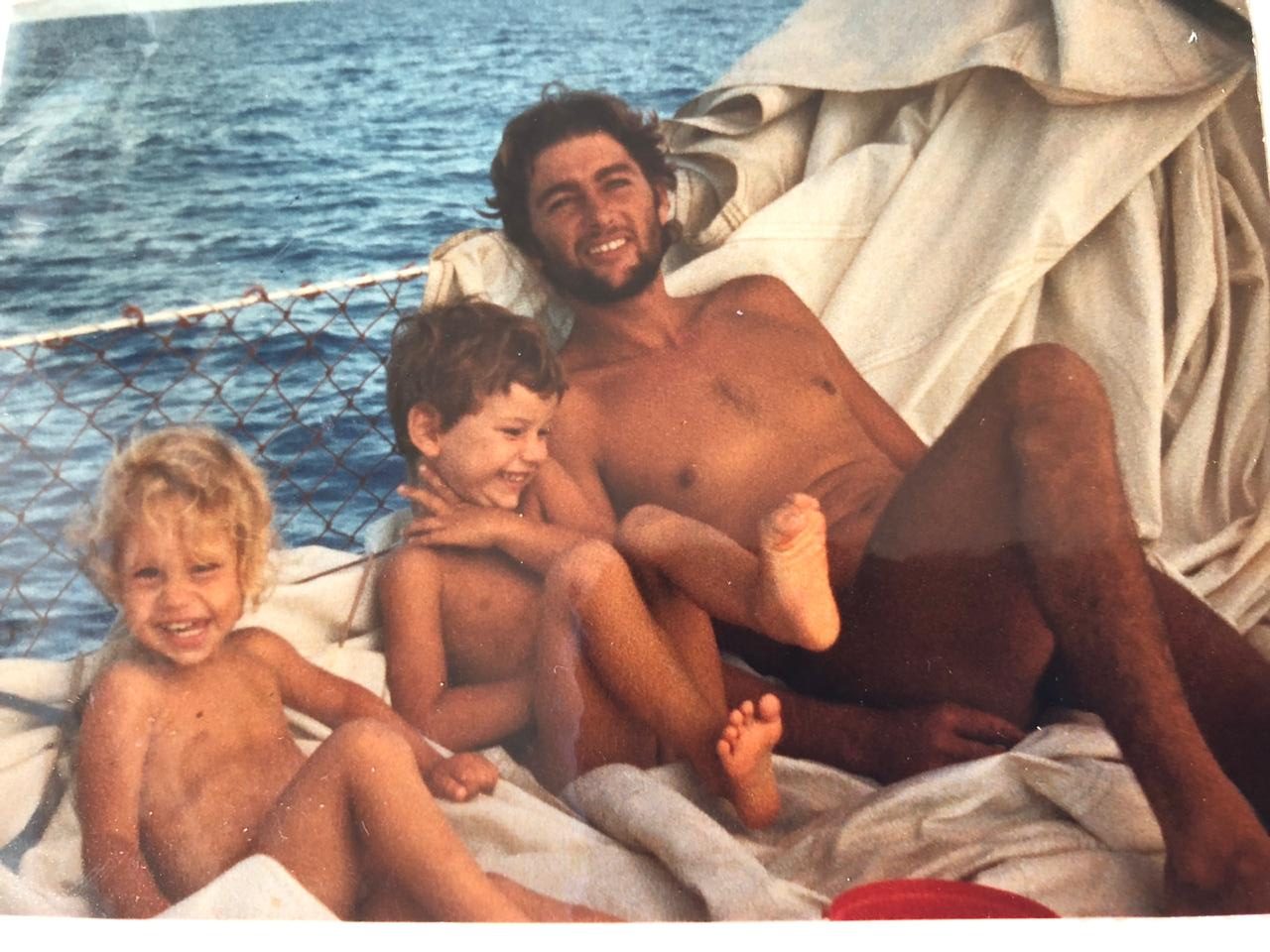 Instead of SABC suburbia Jason got an early childhood toddling between a sea-splattered deck and nameless sea ports around the world. “I don’t really remember anything – it was pretty wild,” he chuckles, gazing into his Coca-Cola at a Kalk Bay restaurant. “There are pictures of us in a dingy, making a swimming pool out of it. Losing Lego all over the place.”

Jason and his family were happily adrift, purposefully so. They still are, almost 40 years later, as Gypsy Yacht Deliveries. But more about that later, Jason assures me before launching back into his tale.

By my count Jason is around 40, but could pass as 25. He has no pretensions of middle age and carries an air of mild amusement at the affairs of the conventional world he must navigate in between sailing assignments.

Who can blame him?

Having left Hout Bay and absconded from society, and having shot out into the Atlantic Ocean, Jason’s parents discovered they had a serious problem: they didn’t know how to navigate. No fancy equipment, no major sailing experience, and very little idea where they were going. “He hadn’t sailed much,” Jason says of his father, Gary. “He hadn’t figured out celestial navigation when they left and back then there was no GPS.”

Then something really unusual happened. In the middle of the ocean they bumped into another boat with the same problem – lost. “They also hadn’t figured out navigation,” explains Jason. “The boats tied up together and the two wives figured out celestial navigation – they put their heads together.”

And so the family cruise continued for another two years, with a lengthy meander through the Mediterranean and a return voyage via Brazil. 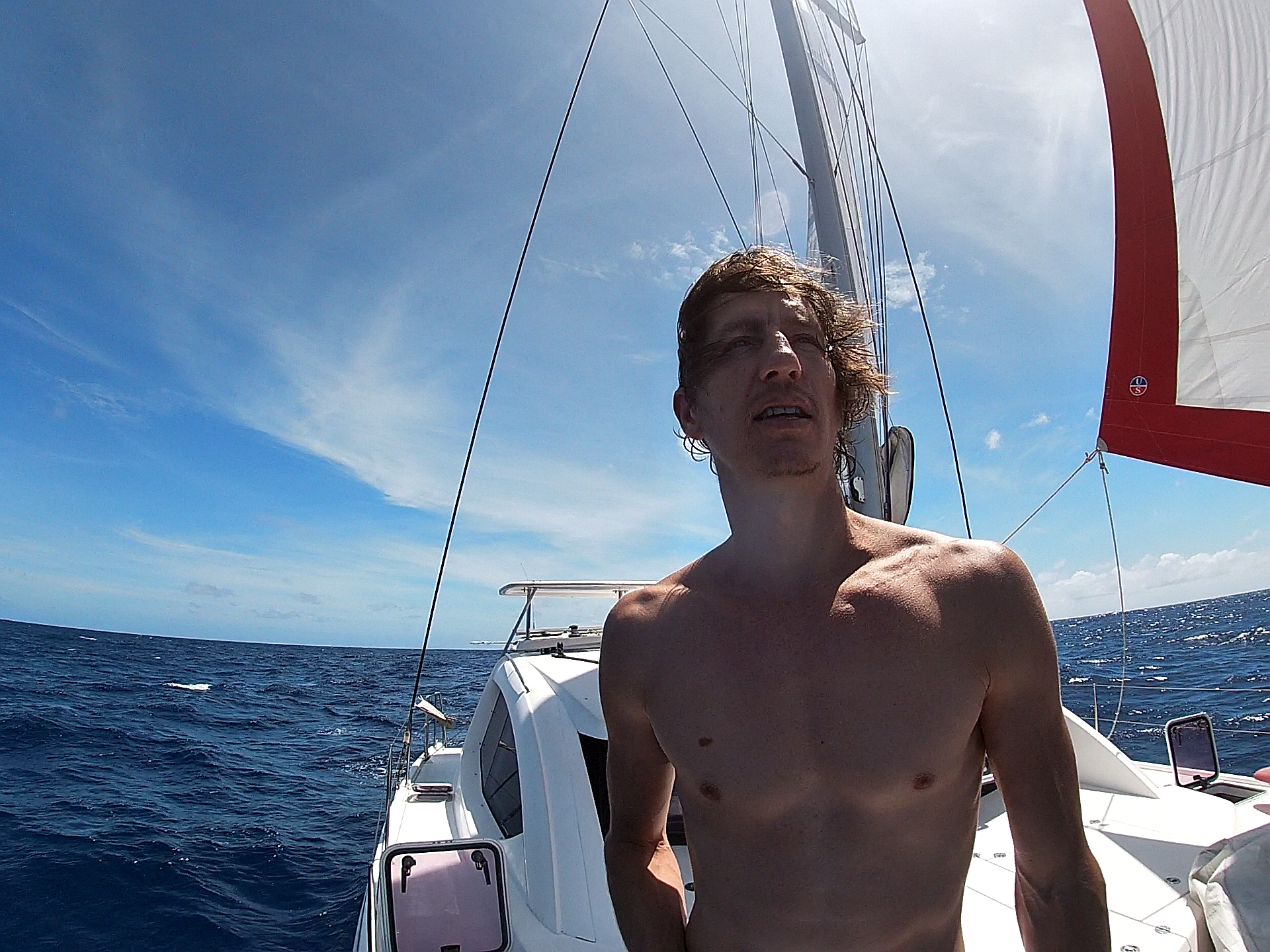 The nautical start to Jason’s life no doubt explains his continuing love affair with the outdoors. He soon developed a passion for diving, surfing,  and climbing.

But it seems he was sort of waiting for something else adventurous to come along, and as usual it did, in the form of a call from his eccentric dad who by then had ditched his plumbing business to go sailing again. Jason recalls a phone call out of the blue while he was studying in Durban: “He wanted me to join him in the Caribbean.”

Homeopathy was quickly forgotten as Jason and his older brother flew out to St Martin for phase two of the Ruger Family odyssey.

And that is how a trio of South Africans from the Republic of Hout Bay came to spend three years or so in an idyllic castaway oasis called Corral Bay on St John’s Island, British Virgin Islands.

Seldom has there been a more remarkable escape: Jason was a few tinctures away from being a homeopath on the sixth story of a Berea apartment block; instead he entered a dream-world of coral reefs, full moon parties, and nubile beauties from all corners of the globe. “We were Lords of Dogtown,” says Jason with a wistful smile and faraway look, as if one hemisphere of his brain never left that hallowed place, which may well have been the case judging by what went on there.  If they’d been born 300 years earlier they would have been explorers.

When they weren’t having fun, they were asleep. They washed dishes, worked construction, waited tables – a variety of jobs but nothing too onerous. Money was plentiful in a boom time economy, and much of it was invested in parcels of property, in Costa Rica and Fiji, and some saved under Jason’s mattress. During this time Jason loaned his dad money to buy a boat, and bought himself one too on the day of his 21st birthday.  When not sailing in tandem across the

Caribbean blue, Jason would venture out on solo missions in search of waves and secret surf spots.

At one stage Jason bequeathed his part-time dishwasher job to his dad, a role reversal that is a feature of the Gypsy story; whether by default or out of necessity, Jason took a leading role in shaping the family business. 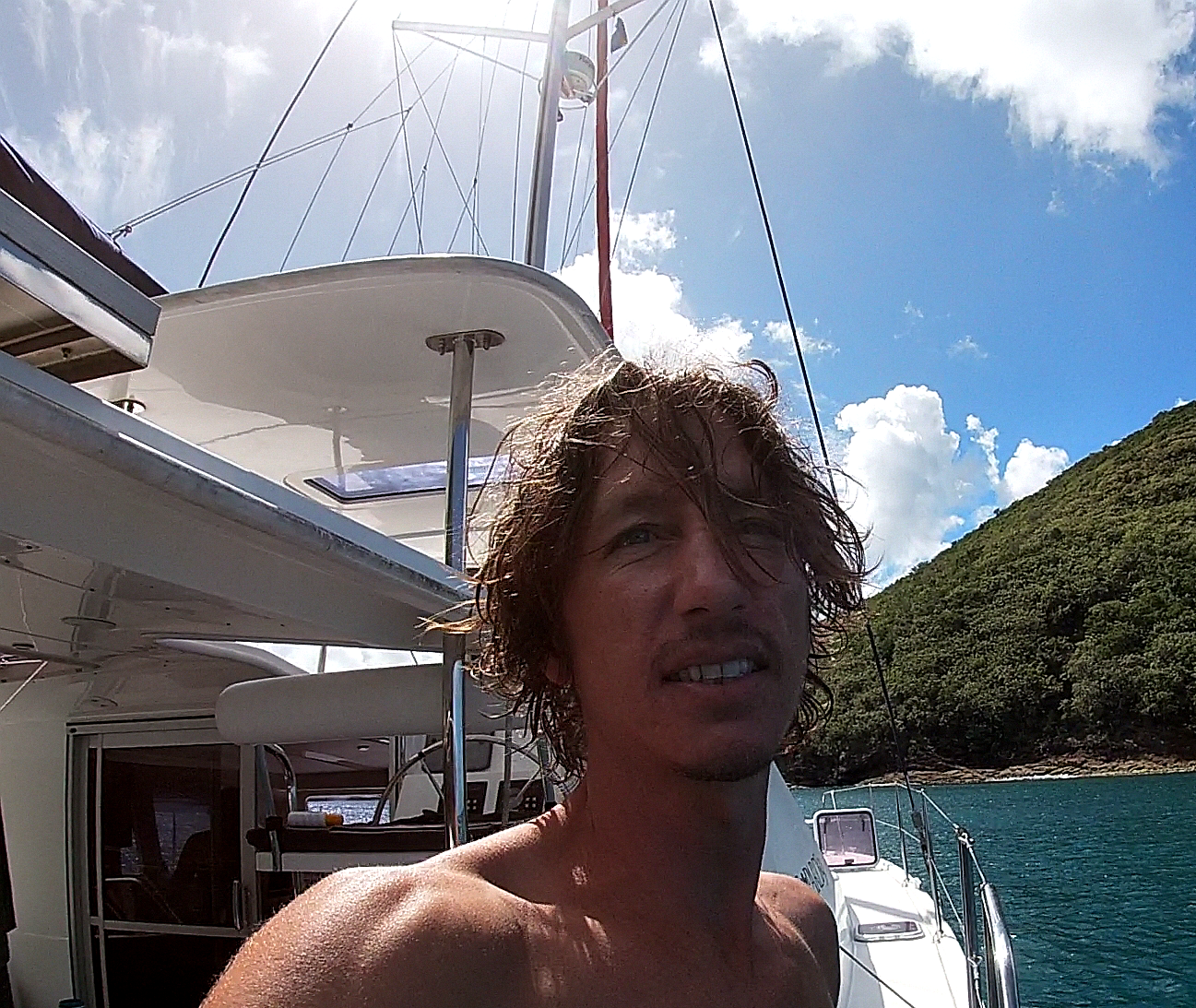 Jason is unusually solemn when describing his exit from St Johns – “the biggest regret in my life” – due to a visa complication. After a few months travelling the American mainland he found himself back in Cape Town, eking out a living on money earned from the sale of one of his properties.  Around 2007 he set up Gypsy Yacht Management, hoping to leverage his sailing network to sell boats.  It took a while to gather momentum. “For two years I don’t think I sold a single boat – I didn’t earn a penny,” he says of his early experiment as a business owner. Occasional yacht deliveries with Gary provided much-needed income, including a trip to BVI and on to Australia via the Panama canal. He did eventually sell a 50ft Simonis.

Jason might not have been raking in the cash but he was accumulating valuable sailing experience, which allowed him to land a job with TUI and set off on a course that ultimately would lead to Gypsy Deliveries.

In all of that they withstood sea states seldom seen even on Youtube. But always they pulled through to take on the next job.

In between all of this Jason completed a BA degree via UNISA and started thinking about starting his own business.

Spurred into action by TUI’s decision to ship most of their yachts, Jason finally took the plunge and founded the family yacht delivery company: “I went fully into gypsy yacht delivery in 2013, and it was a long road,” he chuckles, particularly when recalling his early attempts at marketing. “We were hashtagging this and that, and doing all the grunt work of visiting yacht clubs, talking to secretaries. We put the word out.”

“Eventually people started remembering us and recognising our brand. We used gumtree. And we would get a good reference.”

Clients trickled in, enough to sustain the business that continues today, with Jason assuming the role of ‘boss’, and Garon and Gary happy to stay clear of the boring stuff.  My dad works for me as a delivery skipper and has no involvement in the running of the business,” Jason told SABBEX in an earlier interview. “He has always been my main skipper, and of course has brought a wealth of knowledge and experience to the business. It was from him that I learnt how to sail and I have him to thank for opening my eyes to the yachting world.”

Jason believes the family connection is more of an asset than a liability: “We are memorable as a family I suppose.”

No doubt about that. One source in the sailing world described the Rugers as a ‘Netflix series waiting to happen’.

But there’s more to life than delivering yachts, according to Jason who has now logged 195 000 nautical miles – about nine times around the world. He raised money for the reforestration of Zambia, by cycling solo from Cape Town to Zambia in 2016. And he is currently writing a yachting book due to be completed this year.

For Jason, Gypsy’s success is much more than pushing back the horizon of the sailing life and return visits to the Caribbean. Yes they have lived the life, but growing a maritime business involved much more than coral islands and ocean crossings; a different skill-set was required, one that Jason is particularly proud of.   “I just want to keep improving on the service we offer. We are focusing more now on new launches and deliver for several of S.A’s catamaran manufacturers and have seen a steady increase of delivery output over the past two years especially. I think this is due to our longevity in the business and our good reputation.” he says.

“I still intend on keeping the business fairly small to retain its level of familiarity and accountability. We often become very good friends with our clients and I’d like to keep it that way.”