ANOTHER SA-MADE VESSEL HEADS TO THE GULF 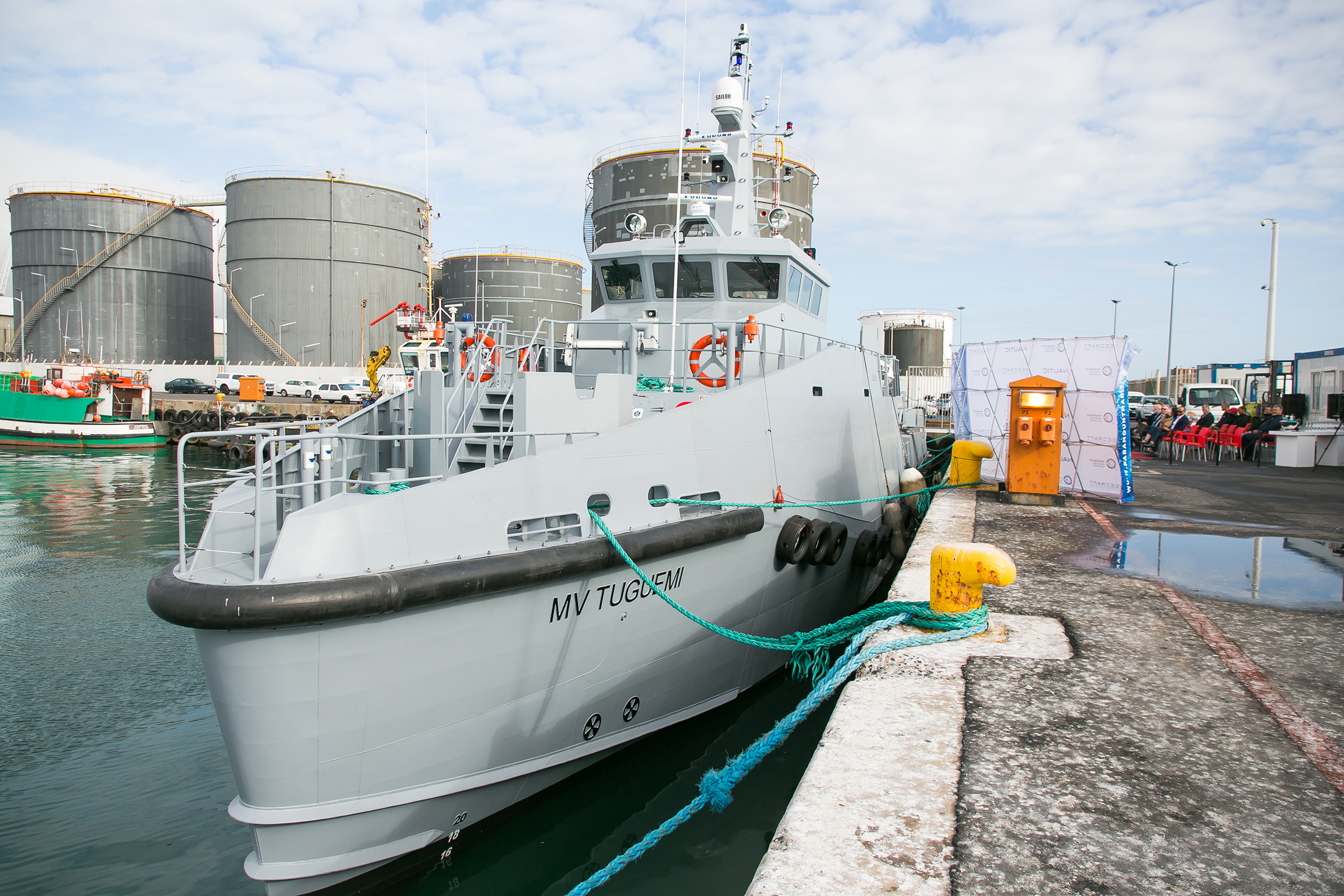 The South African navy might not be as formidable as it used to be, but there’s no shortage of formidable naval vessels steaming out of Cape Town, courtesy of Paramount Marine.

The Cape Town yard, a subsidiary of the Paramount Group, has just launched its latest ballistic-protected 35m Sentinel vessel, which will do duty in the greater Gulf of Guinea.

It is the second 35m Sentinel to be launched within the past few months, with sister vessel MV Meedoi dispatched to the Gulf of Guinea in December.

The latest vessel, MV Tuguemi, has the same specs as its predecessor, and is billed as a high-speed, multi-purpose naval vessel ‘optimised for coastal patrols and cargo transfer duties’.

Paramount said the vessel design was aimed at “ensuring mission survivability and utmost personnel security”, with composite ballistic armour protecting both the wheelhouse and main deck accommodation.  “Gun mounts and ballistic shields are fitted to offer robust coverage around the vessel,” the company said in a press release released this week.

Paramount Maritime CEO, Lee Connolly, said: “The launch of the 35m Sentinel Vessel is yet another milestone in our production of a world class product made proudly in Africa, for Africa”. 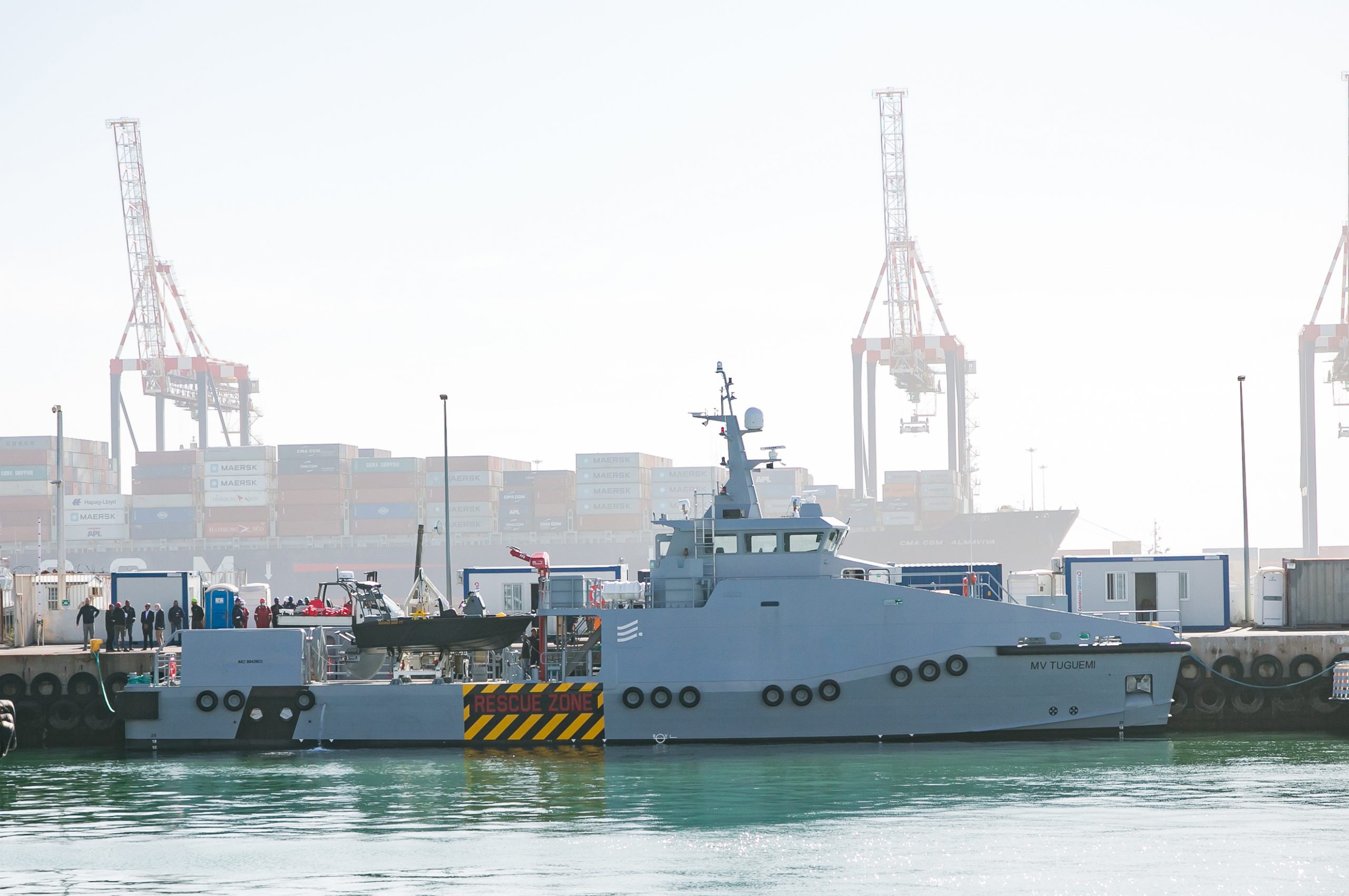 “Indeed, the ramifications of maritime piracy, including kidnappings and even assaults plague the whole

of Africa’s trajectory, not just their points of origin. Rule of law in Gulf of Guinea (GoF) territorial waters

heights during the COVID-19 pandemic, which in turn exacerbated already-constrained supply chains

across the continent,” Connolly said.

Maritime insecurity came under the spotlight again at a recent high-level security seminar hosted by the Economic Community of West African States (ECOWAS) in Abuja, Nigeria.  Speaking at the workshop ECOWAS Regional Security head Col Abdourahmane Dieng described maritime insecurity as “one of the most persistent and intractable threats to maritime communities and economic prosperity in West Africa.”