So far so good with mopping up operation

Over half the cargo of the ill-fated NS Qingdao has been discharged, with the remainder likely to be removed before the end of March, according to the latest update from the South African Maritime Safety Authority. 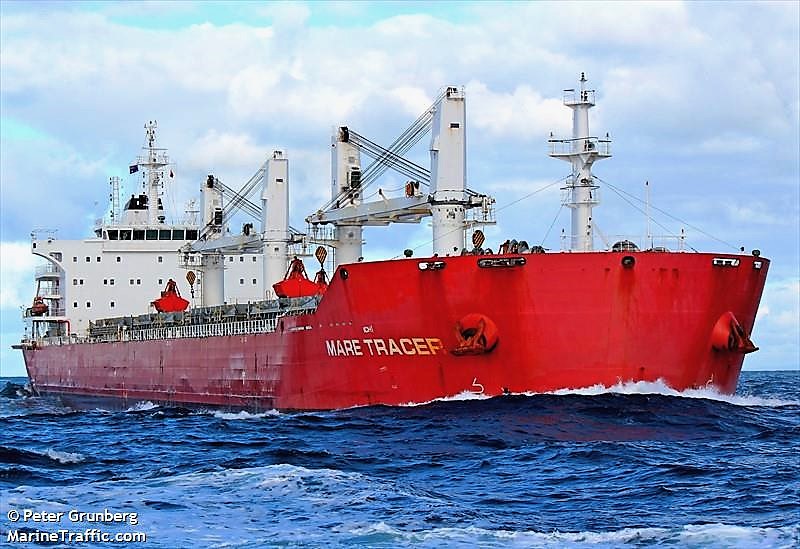 The ill-fated bulk carrier has been caught up in a salvage drams since late last year when part of her cargo of fertilizer ingredients caught fire while the ship was berthed in Durban. The ship was escorted to the west coast where part of her cargo was dumped and dispersed in the deep ocean. The salvage team have been discharging the less volatile remainder of the cargo in Saldanha Bay. “Operations area proceeding in a safe and well-coordinated manner and good progress has been made,” SAMSA said in a statement released in early March. “As of March 1 approximately half of the cargo in cargo hold no.3 had been discharged and disposed of at Vissershok High Hazardous Waste Management Site. Wastewater will also be pumped into tanks and sent for disposal at the same waste management site,” the statement said. “The vessel will then be inspected by SAMSA and its classification society to ensure she is safe to continue her voyage to Brazil to discharge remaining cargo onboard,” SAMSA said.  “The P&I Club’s appointed environmental specialists in collaboration with DFFE are continuously monitoring the coast and sea area to determine any threats to the marine environment resulting from the emergency disposal of cargo dumped approximately 250 km offshore. To date, satellite imaging shows no immediate indications of harmful effects to the receiving environment or marine life,” SAMSA said.

A Marshall Islands Flag State investigation team had started a comprehensive investigation into the cause of the accident. It is expected to take about a year to complete.