THE SULTAN’S BOAT IN TROUBLE… AGAIN 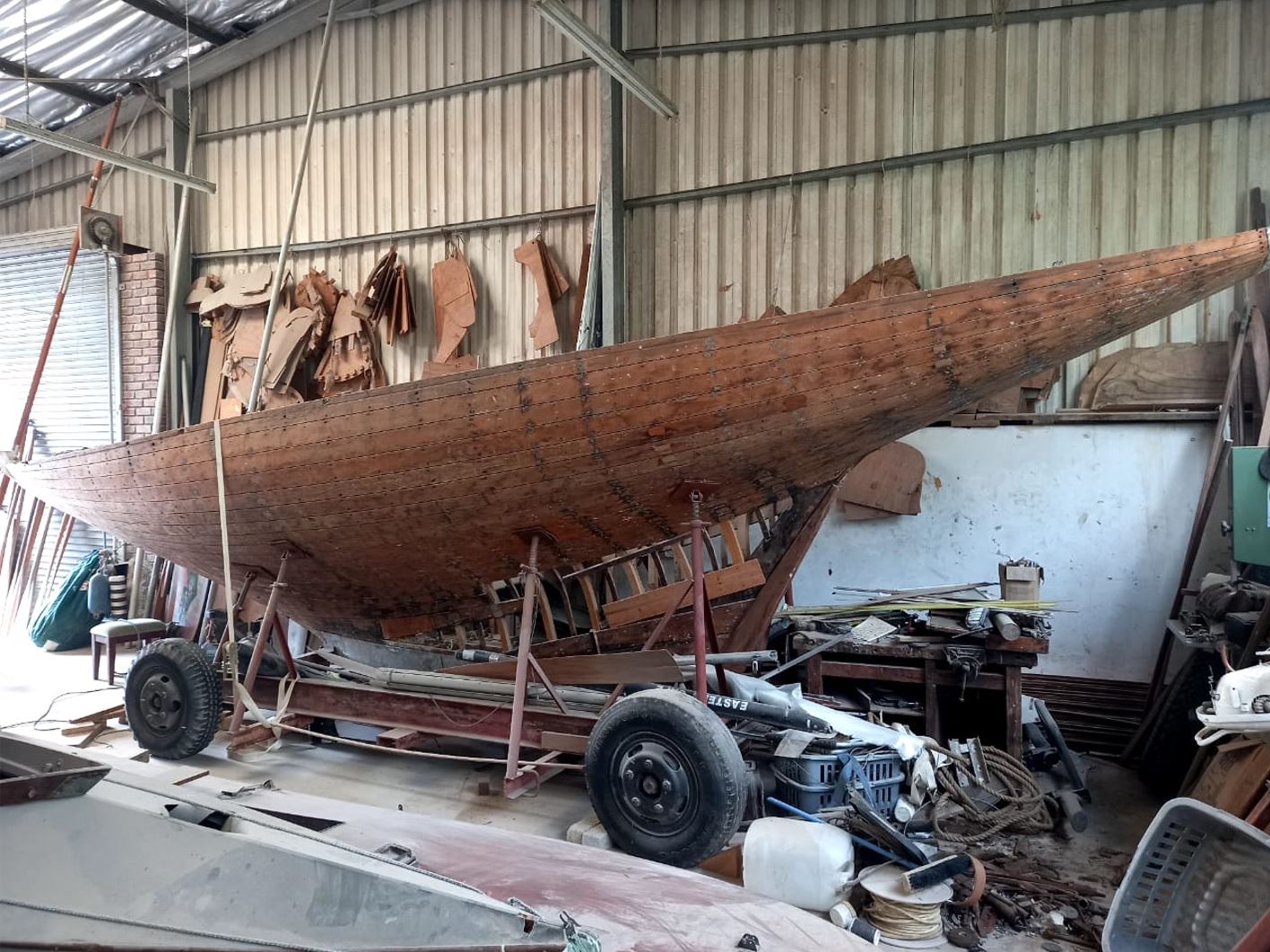 A classic yacht commissioned by King George V almost a century ago is sitting in storage in South Africa due to delays in a high-profile restoration project.

The 9.8m Bermudan Sloop Al Malika was built in 1933 by Scottish yard Mc Gruer & Company and gifted to the Sultan of Zanzibar by the British people. It subsequently changed hands and ended up in South Africa where it fell into disrepair, abandoned on her side at one point on the Vaal Dam outside Johannesburg.

She was later partially restored in Knysna after being rediscovered by classic boat enthusiast Dudley Isaac.

The yacht made news headlines after an Omani businessman got involved in the hope of restoring the boat to her original condition and highlighting its historical significance. 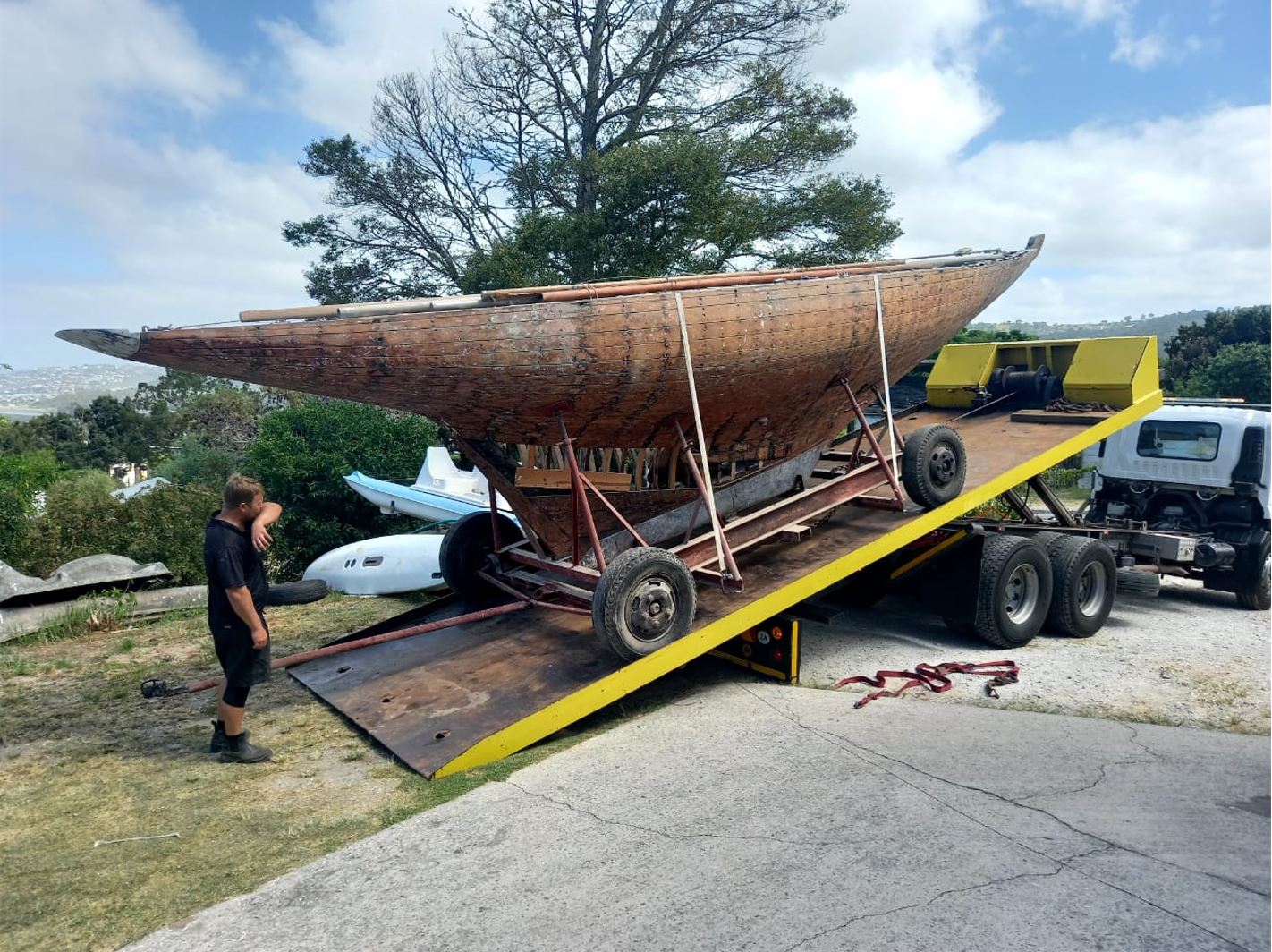 However Isaac this week said the restoration project was currently on hold due partly to disruptions caused by Covid-19. The investor had been affected by Covid-19 disruptions, Isaac said, adding that as a result he had to consider other restoration options. “He (the investor) is still keen to take it back to Oman because it once belonged to the Sultan,” said Isaac of his partnership with the Omani businessman.  “But the cost is now too much for me to keep it stored at the Knysna wooden boat yard in Knysna, so I’ve had to move it elsewhere,” Isaac told Sabbex. “Because of its history I don’t want to just let it go. I’m basically now looking at other options to get it restored. First prize would be to get it back on the water.”

Al Malika (‘The Queen’) was reportedly gifted to Sayyid Sir Khalifa II bin Harub, former Sultan of Zanzibar.  According to ClassicYachtInfo she features teak planking on oak frames, rift sawn, with a yellow Pine deck “Since Al Malika’s delivery to the Sultan, she has had four owners and sailed from Zanzibar to Mombasa and then on down the East Coast of Africa to Durban, South Africa,” the website says. “In 1978 she was transported by land to the fresh water Vaal Dam in Gauteng where she spent approximately 15 years out of the water.”

Isaac said despite some partial restoration the yacht would need extensive work: “I started working on it, but some of the work would need to be redone. The ideal thing that I would like to see is that she gets restored into the original day sailing version. Then you could ship her to all the classic regattas, whether in the Med or the Caribbean,” Isaac said. 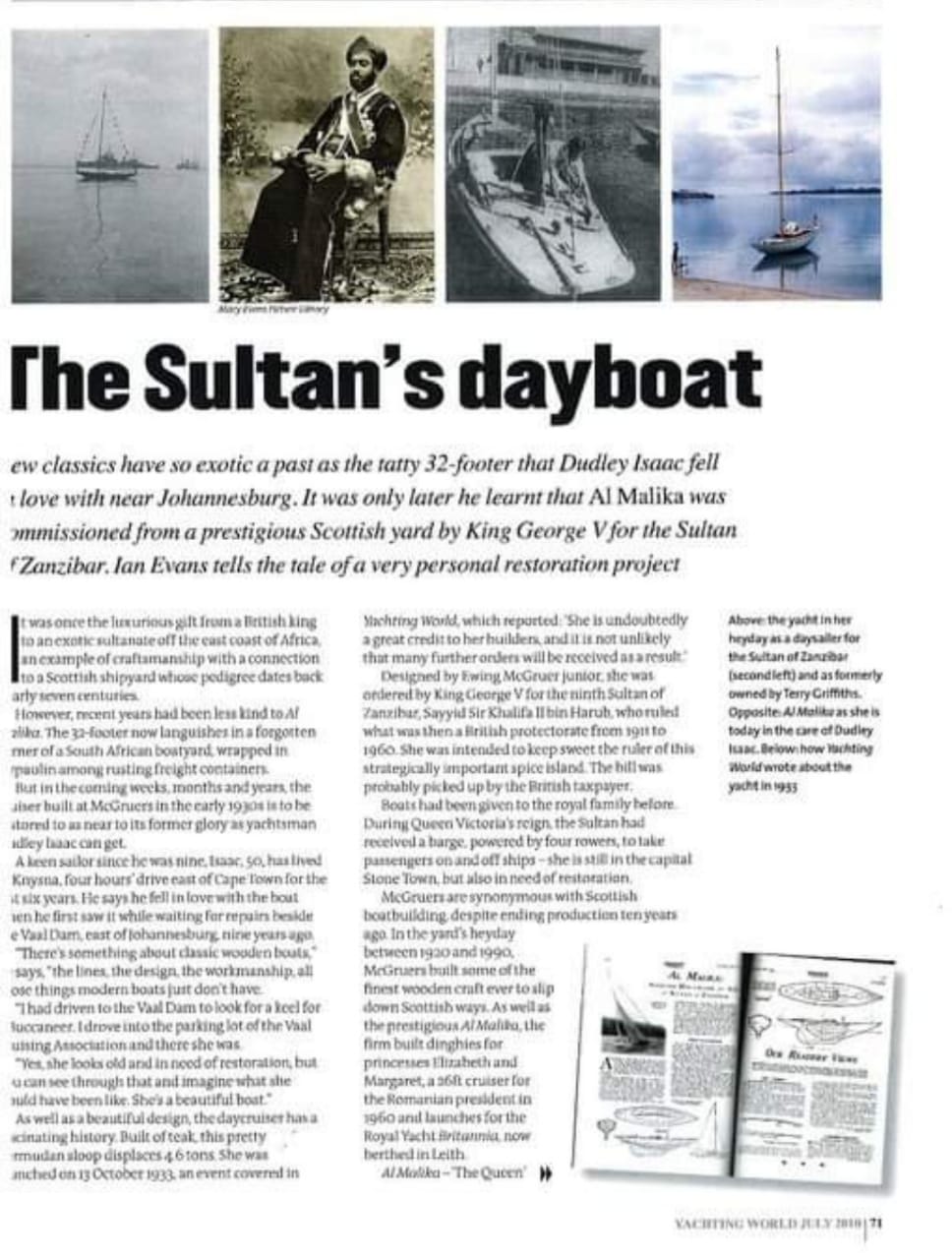