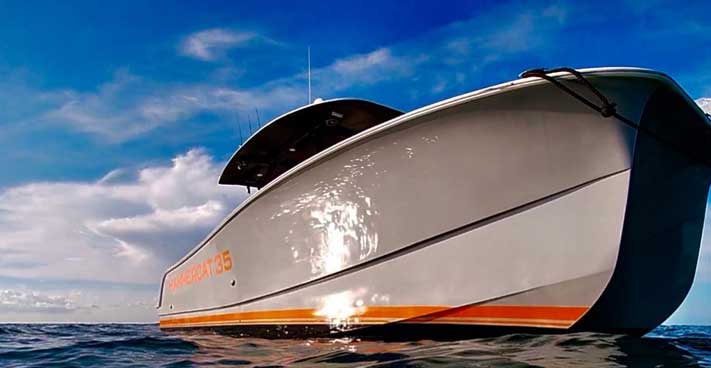 Three years ago Francois was selling fish finders from his home in Claremont. Today he is putting the finishing touches onto a R10-million boat due to be packed off to a happy client in Kenya. His office, somewhat bigger than it used to be, now looks onto an entire fleet of vessels under construction in a R100 000-a-month facility in Cape Town’s Airport Industria. No wonder he is smiling, albeit a little nervously.

“I’m not even a boat builder,” he chuckles, folding his arms firmly across his chest as if calming the butterflies there. “I’m just a normal guy chasing a dream.”

Normal he may be in blue jeans and slip-on tekkies, but the bustling Hammer Yacht yard is no dream. Neither is Francois chasing anything; he’s living a dream that by his own admission has taken on a surprising life of its own thanks to the current international boating market bonanza. His yard has three 35ft Hammer Power Catamarans under construction (“HammerCat 35”), with a lot more to come. He can’t make them fast enough. If all goes according to script he’ll soon be producing one Hammer Yacht a month at an average production time of around 13 weeks. Francois may not have been a boat builder but he is one now. 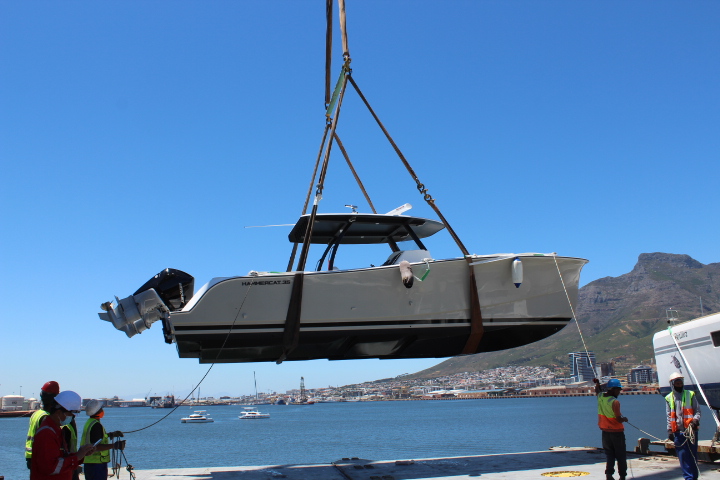 But the Hammer Yacht story is no fairytale. The yard’s recent success is still tinged with lingering sadness over the loss of industry stalwart Uwe Jaspersen, who built the first hull before his untimely death last year. Uwe the Carbotech veteran is hopefully surfing celestial bow waves up in heaven as the project he started gathers momentum.

What most don’t realise is that the Hammer Yacht journey began with a concept drawing that looked very different to anything currently on the yard floor. It was Francois’s ‘dream boat’, a 65ft power cat figment of his imagination throwing up spray inside his head. And while many dream boats never get beyond the brain candy stage, Francois’s project quickly started taking shape in the physical world, particularly after he teamed up with Peter Wiersema in Fort Lauderdale. Wiersema had been a representative for Leopard Catamarans in Fort Lauderdale for the past 17 years.

Both business partners agreed they needed to be able to walk before they could run. So Peter took Francois’s dream boat, cut it in half, added a few of his own features, and the Hammer Yachts / the HammerCat 35 was born. “Now I build them as well as I can and he sells them,” is Francois’s glib assessment of their business relationship.

What is clear is that both men had independently been mulling over the same idea: the market was ripe for a new generation performance / multi-purpose cat, one that would appeal to the burgeoning US market. “We went to Geoff Schionning in Australia and said we want a very efficient hull, one that could take two outboards behind instead of four,” explains Francois. “We wanted a light new generation stepped hull.” 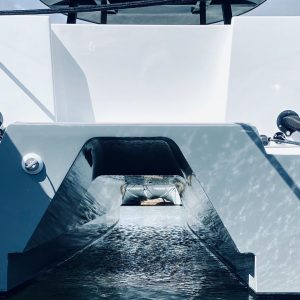 “We looked specifically at the offshore fishing market in America and the current offerings by other Brands.”

Having secured an impressive design from Schionning, the Hammer team needed a yard, with Uwe a natural fit given his experience in the type of construction required. “Very few people have that knowledge, and that is why we went to CarboTech,” explains Francois. “He built Cape 31s, carbon fibre masts, and many Gunboats were built by him. He didn’t follow the norm. If there was a problem to solve, every solution he made was original.”

And so the plan came together in Cape Town, although the first boat was barely complete when Uwe died suddenly last year, prompting an urgent Plan B. To make matters worse the Plan B needed to happen amid an unprecedented Coronavirus lockdown and all that entailed. Their first boat had been launched just four months before Covid was detected.

Francois now needed to reinvent himself as on site manager, boat builder, and administrator while simultaneously trying to stay open — and healthy.

It is testimony to Francois’ and Peter’s dedication and commitment that just over a year later the company now has a full order book and brand-new facility. To get there some big changes were necessary, such as the consolidation of the production process. “CarboTech had two factories next to each other — we upped that to one factory of 1500 square meters so that we can do a production line,” says Francois. “We now have the same production under one roof.” 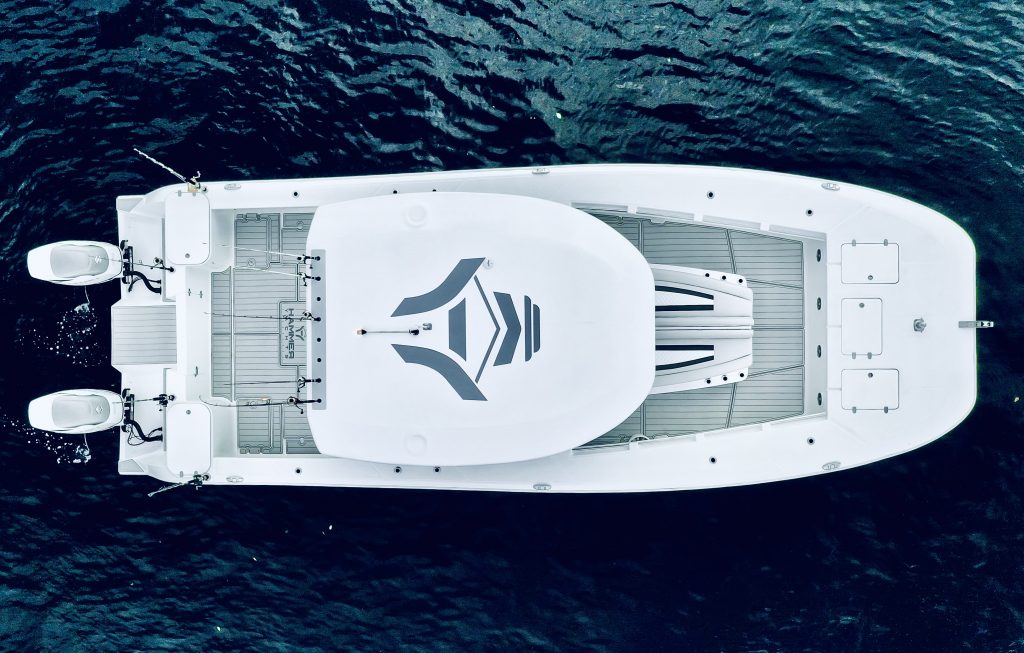 The new roof is a story in itself, involving a move from Cape Town CBD to Airport Industria, and the team was able to negotiate a reasonable rental at this prime location. It’s only when striding through the company yard that one can truly appreciate how quickly the Hammer dream has progressed. Francois’s passion for sports fishing comes to the fore as he waxes lyrical about each and every imported fitting as he inspects the latest vessel. His hands leap out left and right, to caress a new carbon fibre hardtop or stroke a gaff holder. One can almost hear screaming ratchets as he lists the design innovations such as inclined decks for better drainage and in-built fuel ‘panels’ to prevent leakage. Minutes into the tour the overall impression is quality and freedom of movement. 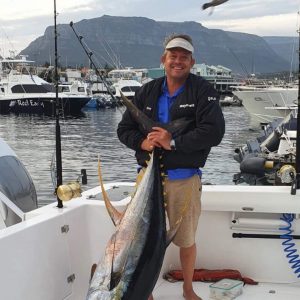 Francois concurs: “I am a sports fisherman and was doing electronics for offshore fishing vessels. I’ve had the ability to get to know lots of boats.”

“Peter has been actively involved in marine/ boat sales for many years. So there is a reason for every little thing.”

Hammer Yachts is already working on new projects: a “cuddy” version of the HammerCat 35 is in advanced production and will be introduced at the Miami Boat show in February 2022, to be followed by a brand new HammerCat 45 which will go into production in Q3 2021. With an easily recognized name, a unique hull shape and stellar performance, the team from Hammer Yachts look set to create waves in the global boating community.