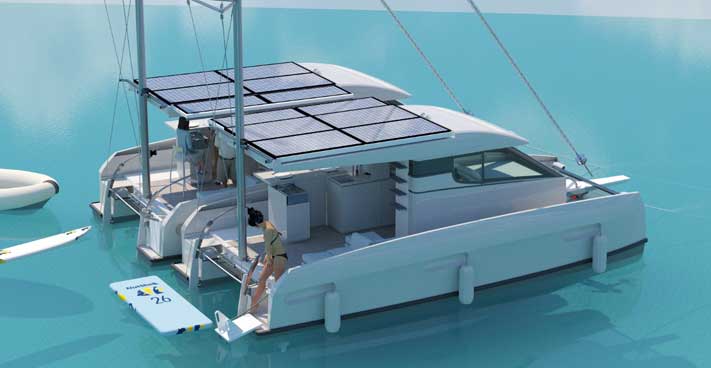 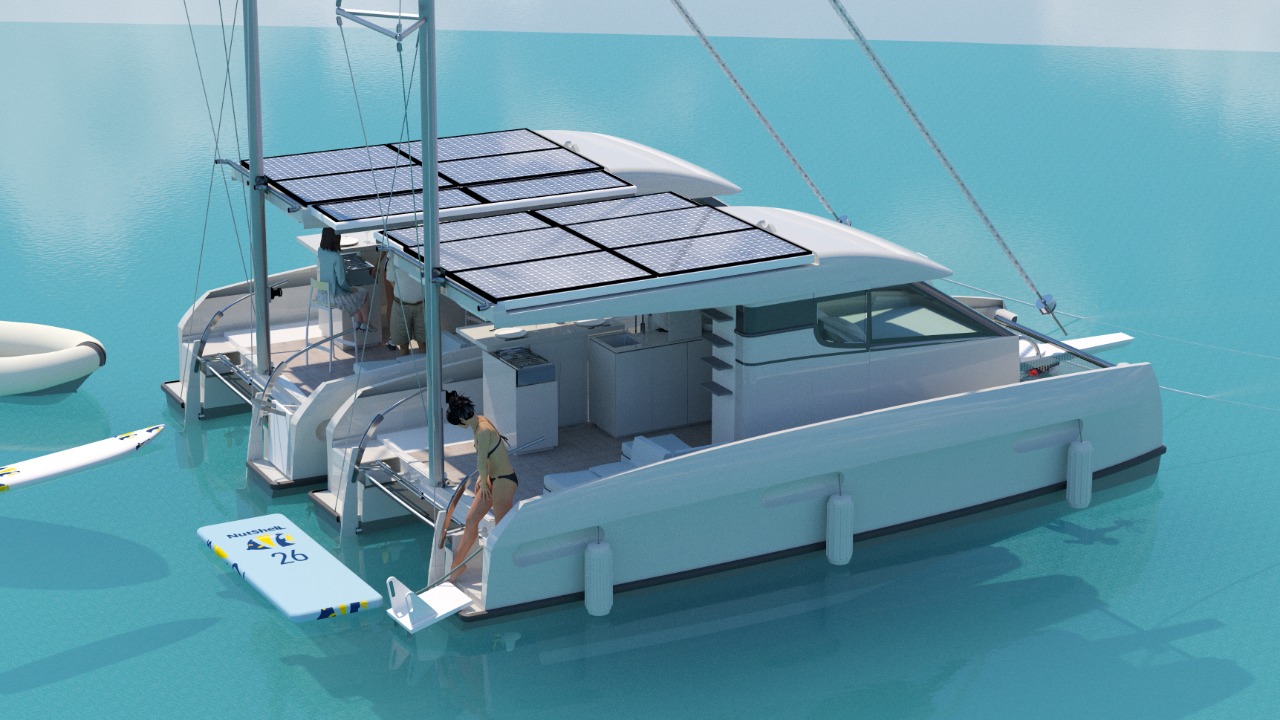 Want to moor your office /bedroom /kitchen in the V&A marina?  Feel like trucking your holiday home to the Langebaan Lagoon?  You may just be in luck with the new Nutshell Catamaran design recently unveiled by naval architect Phil Southwell and builder Dylan Soares de Melo.

The pair have set up a branding and marketing company to springboard their Nutshell 26 compact leisure catamaran into the charter market. Tooling has already started, with a demo model expected before the end of the year. 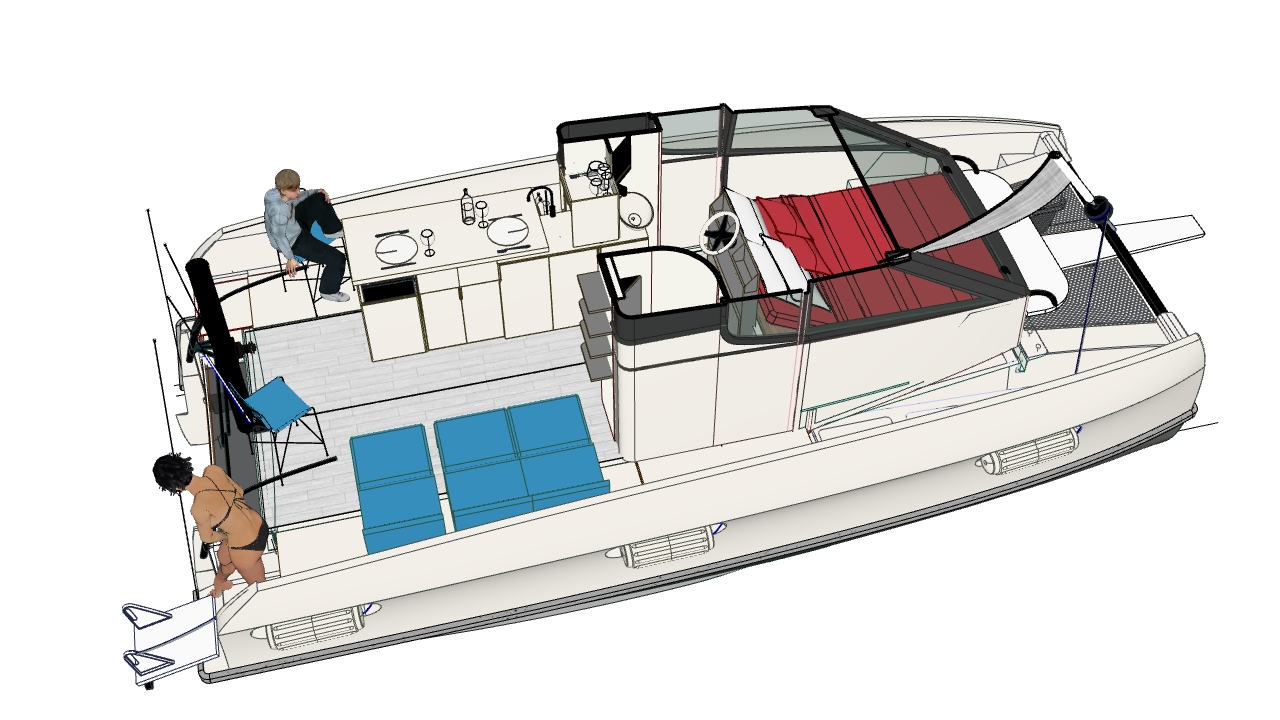 The Nutshell is designed with young holidaymakers in mind, although the configuration could arguably suit any generation. It is small enough to fit onto a (large) trailer behind a SUV, and can easily fit into a shipping container. The design also conforms to the huge swing towards ‘green boating’, with the inclusion of electric motors, solar panels and wholly contained grey and black water.

Soares de Melo said the company is already talking to key boating players with a view to facilitating fractional ownership and charter deals. One such partner is the V&A Houseboat company which would offer berthing at the prestigious V&A marina. 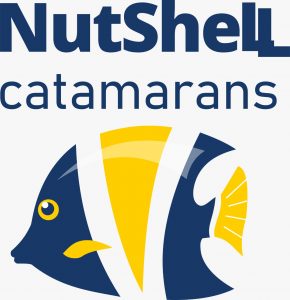 Soares de Melo said the project, which has been simmering for a while, was premised on the need for a cheaper leisure catamaran that was still stylish and robust enough to handle coastal sailing.  The design also prioritised simplicity, resulting in a user-friendly ‘modular’ vessel. The accommodation ‘pod’ can be removed for transport purposes, or replaced, while the hulls can be winched together for trailering or containerisation. “There is a lot of interest coming from inland waterways, in the UK, the States and Oz,” Soares de Melo said. “It’s almost like a houseboat, but not because it is seaworthy as well.”

In that sense the boats could function much like floating Air BnBs, more focused on providing comfort at an iconic location, rather than optimal open ocean functionality. “For instance with our fractional ownership scheme you might use the boat once every six weeks. It would be a no brainer for a businessman coming in and out of Cape Town — a place to stay at the Waterfront and you still own the asset. And when you’re not using the boat you rent it out.”

The team believes the Nutshelll plugs a gap in the growing chartering market.

Said Soares de Melo: “We’ve completed the design of the hull mould, and we’ve already got cut files for the CNC router. It’s not just a concept anymore – it is happening.”