PIRATES BEWARE! MADE IN SA SENTINEL VESSEL ON ITS WAY TO TROUBLED WATERS 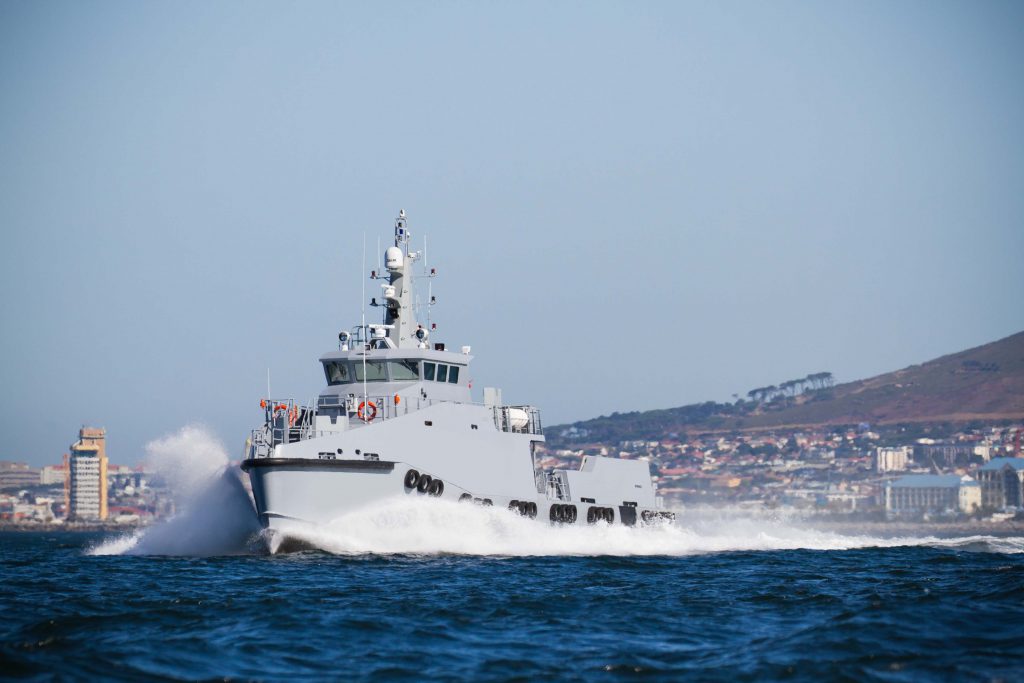 Lounging on a sexy catamaran may be relaxing, but for sheer peace of mind you may wish to check out the new hardware fresh out of Nautic Africa’s Cape Town yard.

Holidays in Fort Harcourt or a little cruise off the coast of Mogadishu are back on the cards should you acquire one of Nautic’s updated 35m Sentinels, or the larger 40m or 47m naval versions. 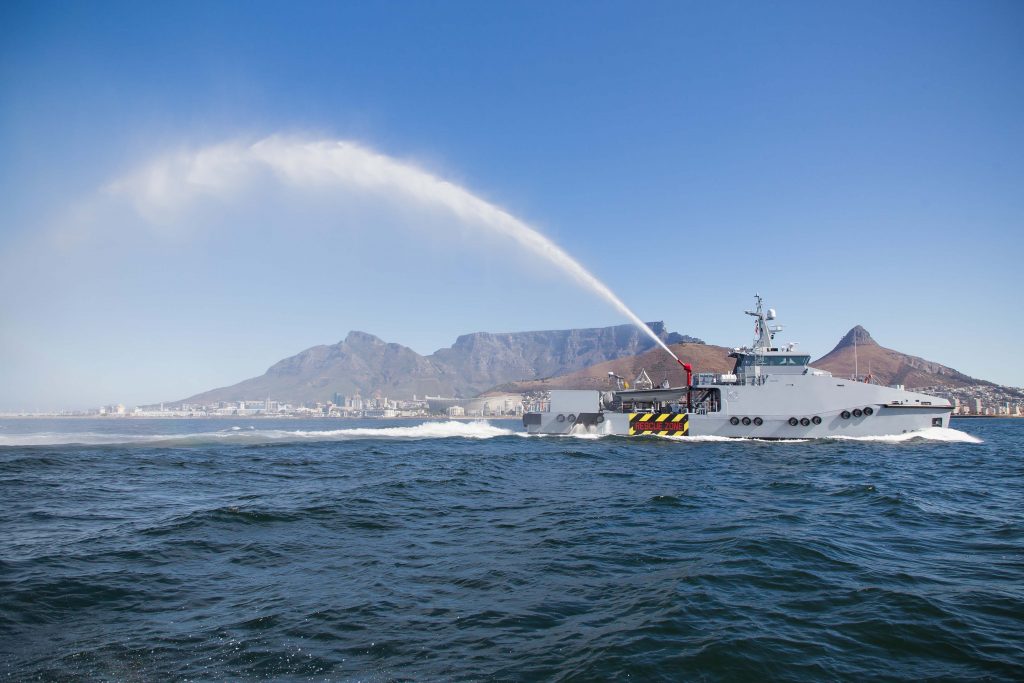 The company recently launched their latest vessel, the second of the new enhanced class, which is on its way to the Gulf of Guinea to work in the offshore oil sector after completing sea trials. It will be used for oil-related assignments as well and escort patrols in an area that has witnessed an escalation of pirate attacks within 200 NM of the coastline, Nautic said in a statement.   “Transnational piracy, oil bunkering and terrorism continue to be a serious threat to the region’s stability, with insecurity throughout the Gulf of Guinea steadily climbing, in large part due to the region’s diverse natural resources” the statement said. “With passenger, crew comfort and security as top priorities in its design and manufacture, this vessel has been optimised for peak coastal operation performance, mobility and protection.”

The vessel boasts outstanding speed, with a range of 1150 NM at a 20knot cruising speed. It has three CAT C32 ACERT 1600 hp engines and fixed pitch propellers. It also has exceptional ballistic protection “complete with a lifesaving ‘Super Shield’ composite wheelhouse structure and an internally clad main deck to a height of 2m”, the company said.

She won’t go down without a fight, in other words, and will be a useful deterrent against anybody with malicious intent.

The ship is fully compliant with both naval and oil & gas industry requirements, and sets a new benchmark in innovative protection, the company said.

Paramount Maritime Holdings Chief Executive Officer, James Fisher, stated: “The completion of our 35m flagship vessels during the COVID crisis is an important achievement and milestone for the South African shipbuilding industry, ushering in a new era of capability, excellence and performance. This is a celebration of what can be achieved despite facing, what seemed like, insurmountable challenges.

“The updated 35m vessel will be a formidable maritime platform for customers across Africa,” Fisher said. 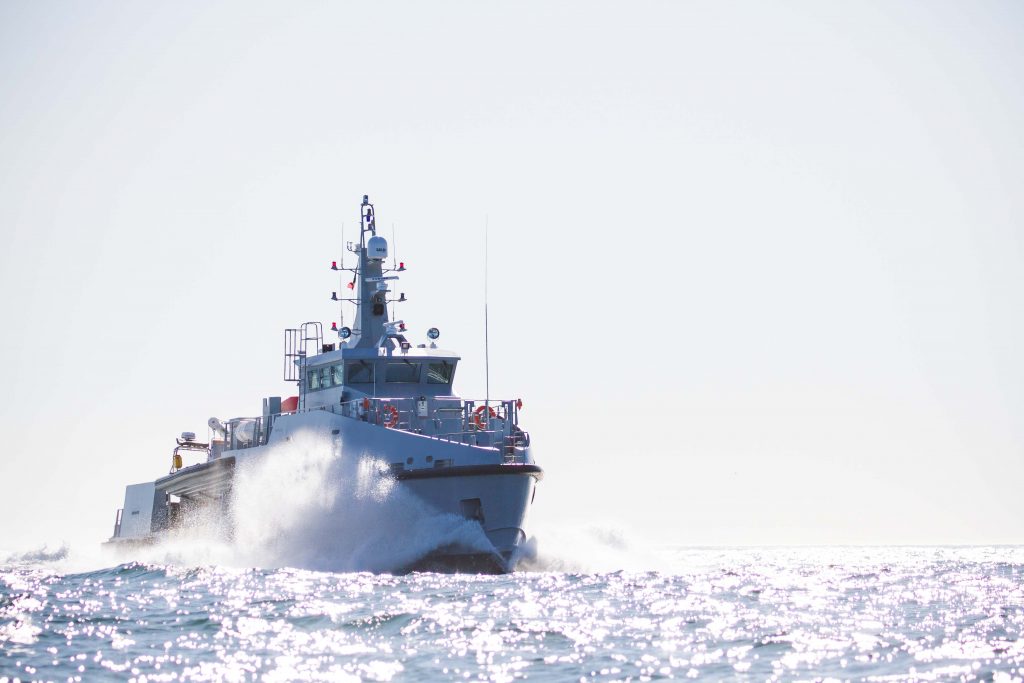