HE MADE IT! ZIRK BOTHA JOU DORING! 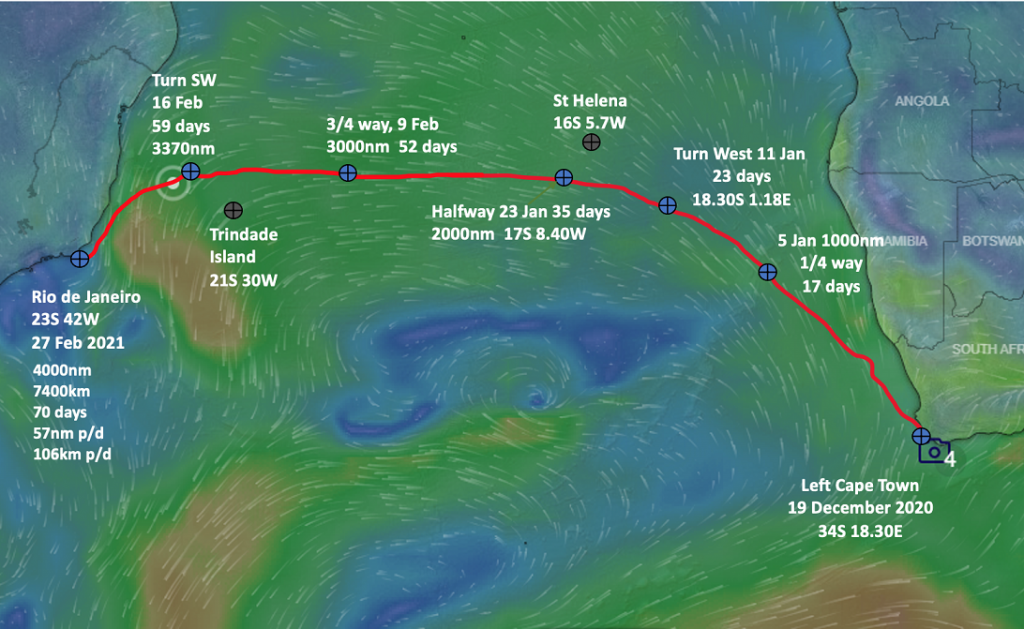 71 days is the time it takes most people to move last year’s Christmas tree into the trash. 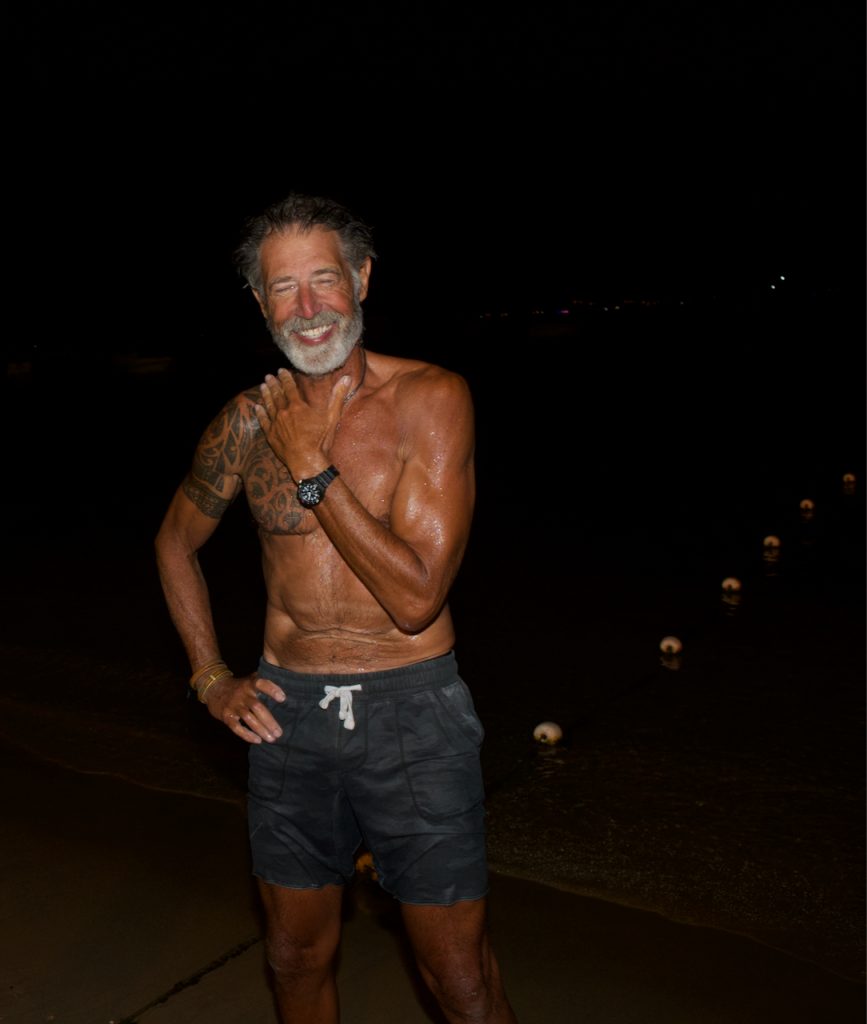 In that time 59-year-old Zirk Botha rowed single-handed across the mighty south Atlantic Ocean in a boat he built himself in his back garden.

When he finally arrived in Cabo Frio on February 28 he looked as gnarled and roasted as a stick of Bokkeveld Biltong. But he was also grinning ear to ear because he had just finished what nobody had done before. A 7200 km odyssey, completely unassisted, in a record Cape to Rio time.

And then of course he did what everybody does after a big adventure – pigged out: “The first thing I did on arrival was to eat a burger, chips and a Coke, which I was craving and it tasted really amazing,” Botha said in a statement released upon arrival. “I am physically exhausted.”

The former naval officer and his boat ‘Ratel’ were helped along by favourable winds and waves, sometimes a little too favourable. For two-and-a-half days he was forced into the enclosed cabin to wait out a large storm. In fact the wind didn’t let up much the entire way, with only two calm days in total. As a result he smashed a record held previously by friend and fellow trans-Atlantic freak Wayne Robertson, who helped Zirk build his boat. Robertson and Braam Malherbe completed a similar route in 2017, in 92 days. 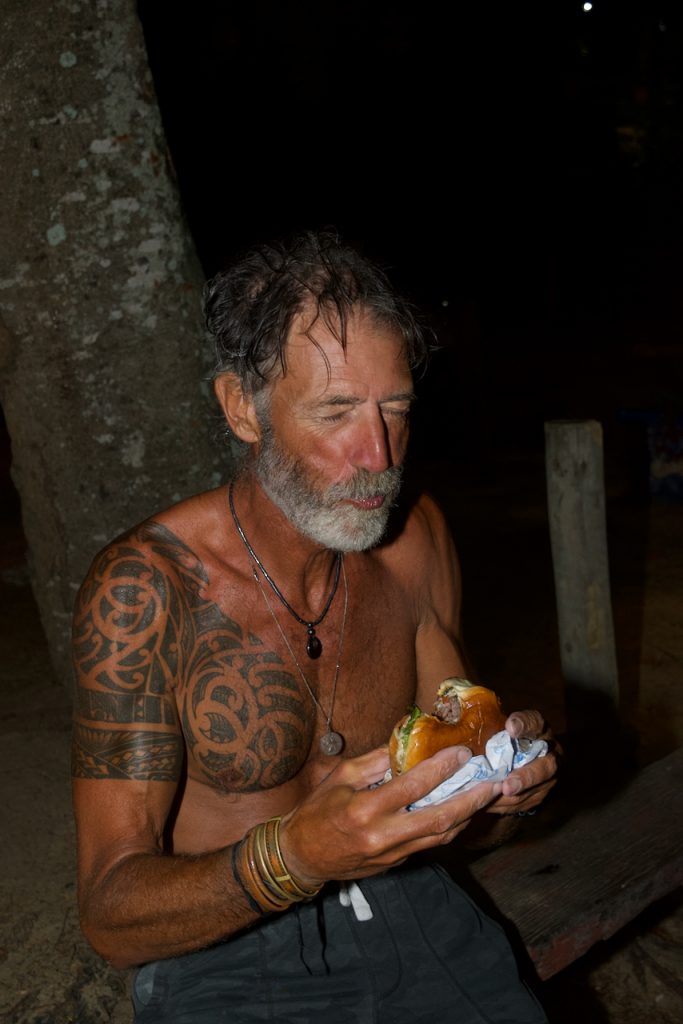 Zirk left Cape Town after a weather delay on December 19 last year and arrived in the Bay of Buzios just north of Rio de Janeiro on 27 February. He then rowed on to Cabo Frio on Sunday where he was welcomed at the original Rio de Janeiro Yacht Club.

He said the row was both mentally and physically taxing, with sleep deprivation being one of his biggest challenges. During the long days and nights he kept his mind calm by daydreaming about his four children.

He said he hoped his success would motivate others to pursue their dreams rather than waste away on the lounge sofa.

The trip was also aimed at drawing attention to green energy; his electrical systems were completely reliant on renewable energy.  “I wanted to use #Row2Rio2020 to spotlight the impact of fossil fuels and irresponsible consumerism on the planet, which will be the home of our children and future generations,” he said in his statement. “Renewable energies are essential to a sustainable future.”

“During my entire row I was 100% self-sustaining. This provides a perfect showcase to support the message that 100% renewable energy is the solution. I am totally reliant on solar panels and solar-charged batteries as the source of electricity for my water maker (desalinator), auto-pilot, safety equipment, radio and satellite communications equipment.”

Richard Doyle, CEO of Juwi Renewable Energies, sponsors of the trip, applauded Botha: “What Zirk has done is remarkable from an individual perspective.  However, it is really symbolic because it is a proxy for the greater effort we all need to make, both individually and collectively, if we are to realise sustainability,” Doyle said. 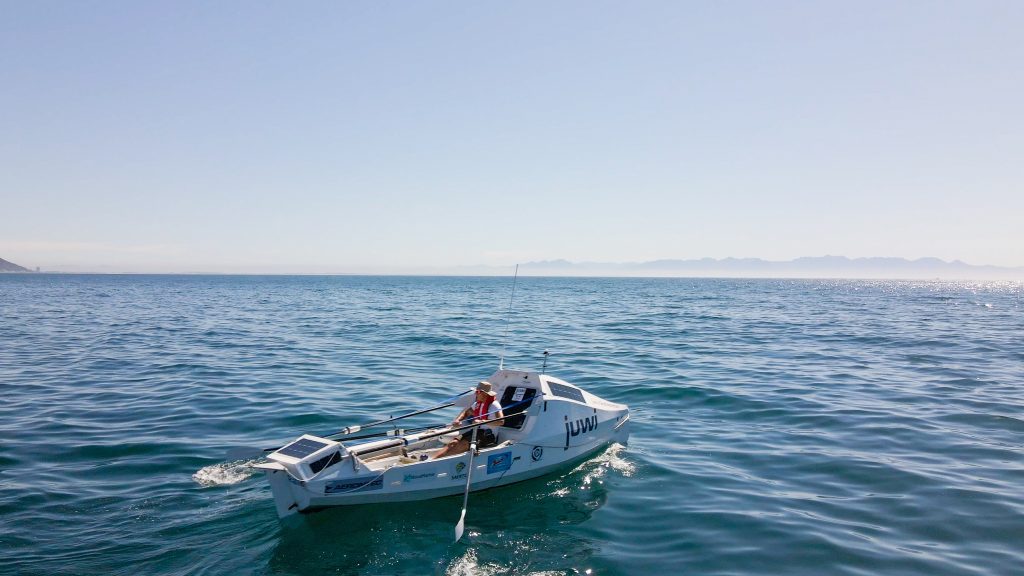