CAPE TOWN TO THE RESCUE 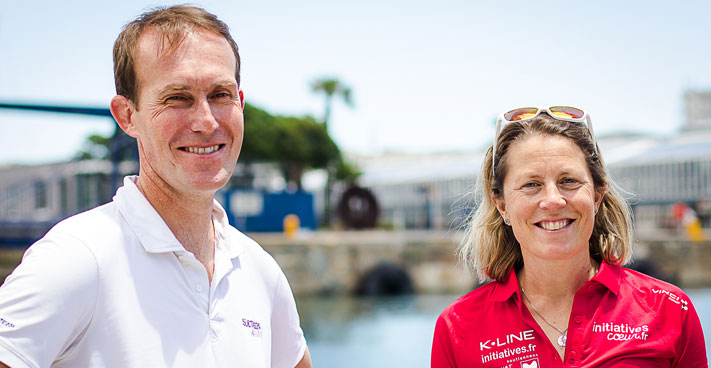 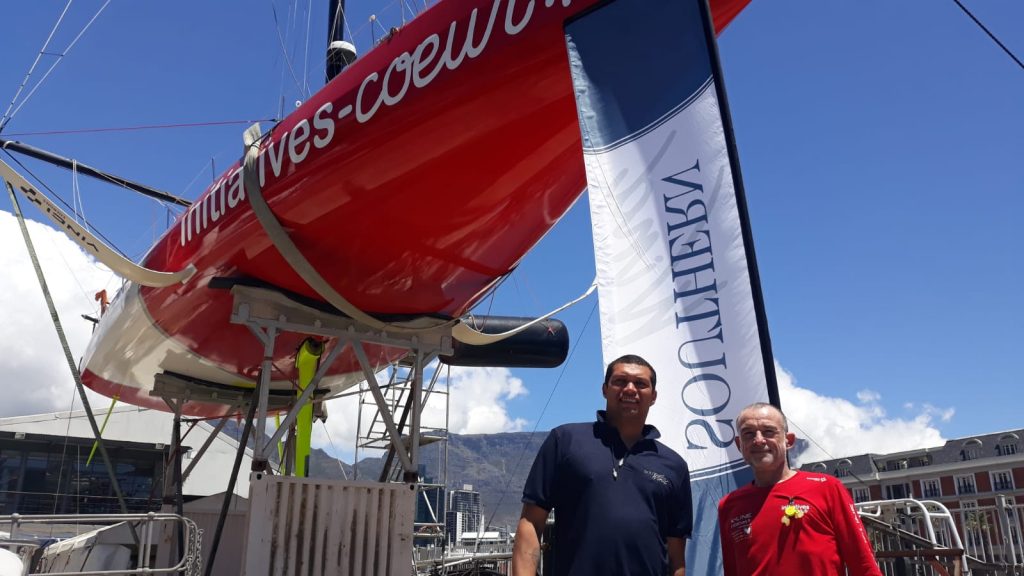 Vendée Globe  skipper Sam Davies limped into Cape Town in December with a damaged yacht and dashed hopes after a deep sea collision with an unidentified object.

But her Mother City detour had a silver lining in the form of close ties with superyacht builder Southern Wind, which not only helped repair her vessel but subsequently pledged to promote Davies’ charity drive, Initiatives Coeur, on their media platforms. 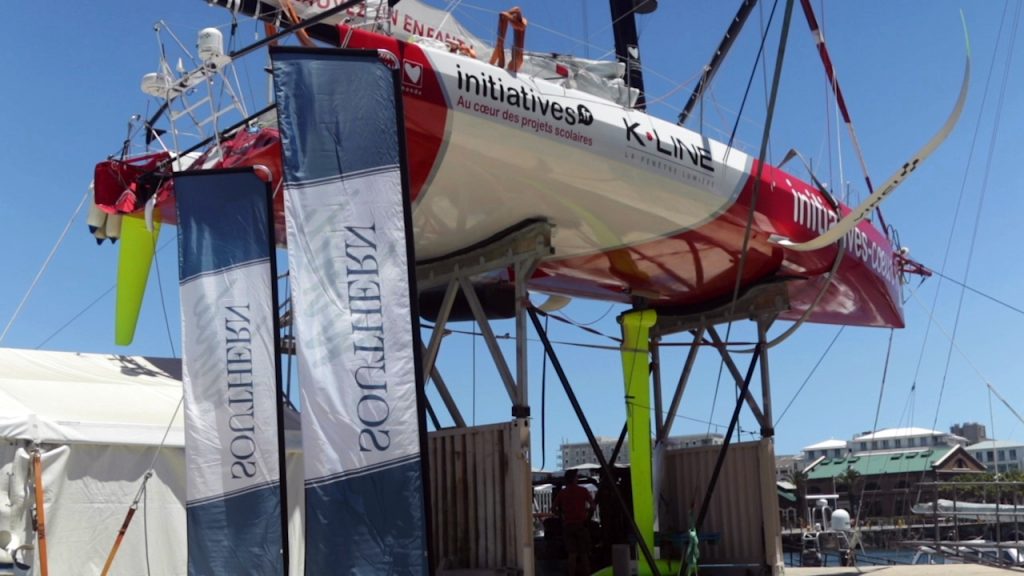 Southern Wind has come out in full support of Davies, 46, a mechanical engineer by training and an international sailor who uses her sailing profile to help raise funds for life-saving heart surgeries — specifically for children from underprivileged backgrounds. 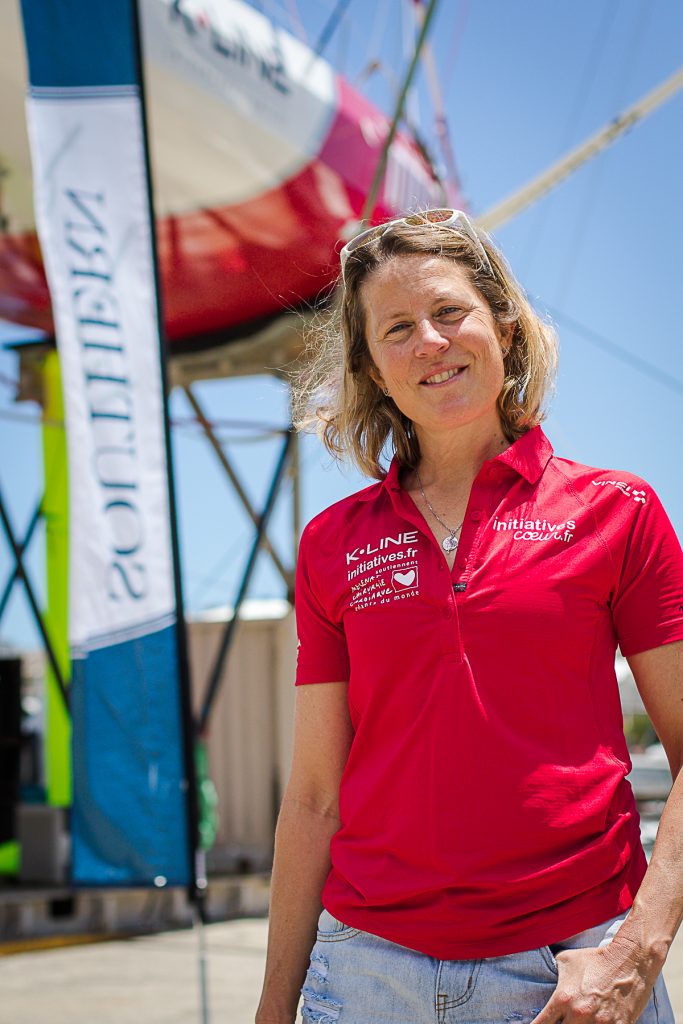 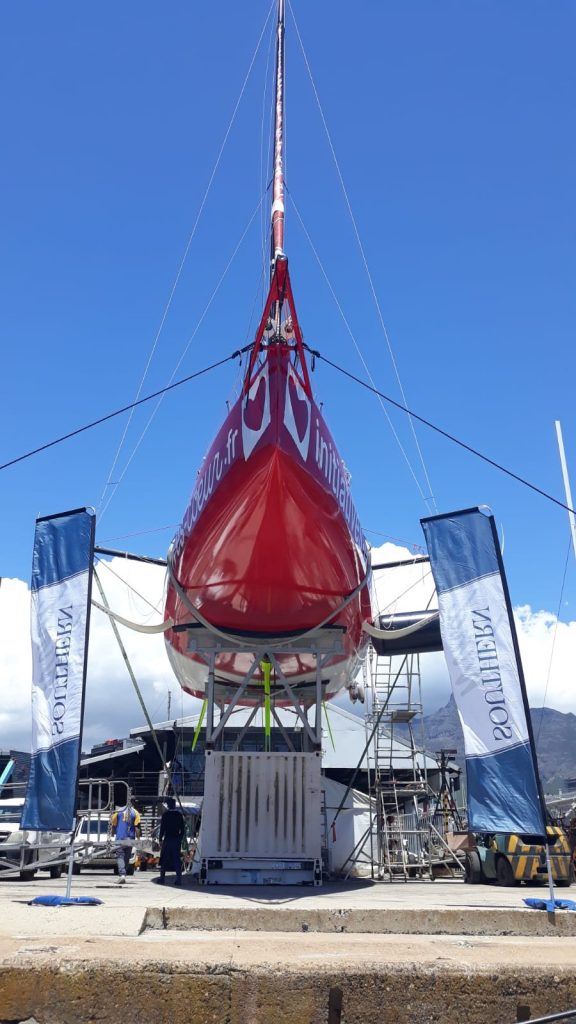 Her state-of-the-art full carbon hull needed extensive repairs, and she was lucky enough to connect with Southern Wind upon her arrival in late December. “We were more than happy to donate our time, materials and know-how working night and day to get Davies back on the water because in her and in Initiatives Coeur, we discovered more than a true friend, we found a worthy cause,” Southern Wind said in a statement published on their website. “On top of being a world-class sailor, Davies is a mechanical engineer by training so she followed the work carefully and was pleased to see that it was being done quickly. During a visit to the shipyard she said: “It’s great to see my boat being rebuilt, probably stronger than ever, I’m really happy with how this has been going”,” SWS said.

The Cape Town yard was able to harness their expertise to manufacture a composite panel to repair the bulkheads on Davies’ yacht. As a result she could continue her voyage with a minimum of delay.

Before she set off again on her newly repaired boat, Davies offered: “A massive thank you to the whole Southern Wind shipyard team for how quickly you reacted to this emergency call and for the support you have given to help me get back out there and finish my adventure. It’s a contribution that goes way beyond the sailing and the Vendee Globe, you’re now part of our Initiatives Coeur family.”

SWS was similary complimentary about Davies, her sportsmanship, and her broader mission of assisting those in need. Company spokesperson Umberta Bassino said: “Yes, the collaboration with Sam Davies and her “Initiative Coeur” was something special and rewarding for us. Having been part of her mission (even if marginally) was a great experience.”

“We decided to support Sam’s mission by promoting it to all our contacts through our platforms,” Bassino said.