ROW, ROW, ROW YOUR BOAT, STRAIGHT INTO THE WIND

But not so merrily for Zirk Botha as gale force conditions force him to postpone…again. 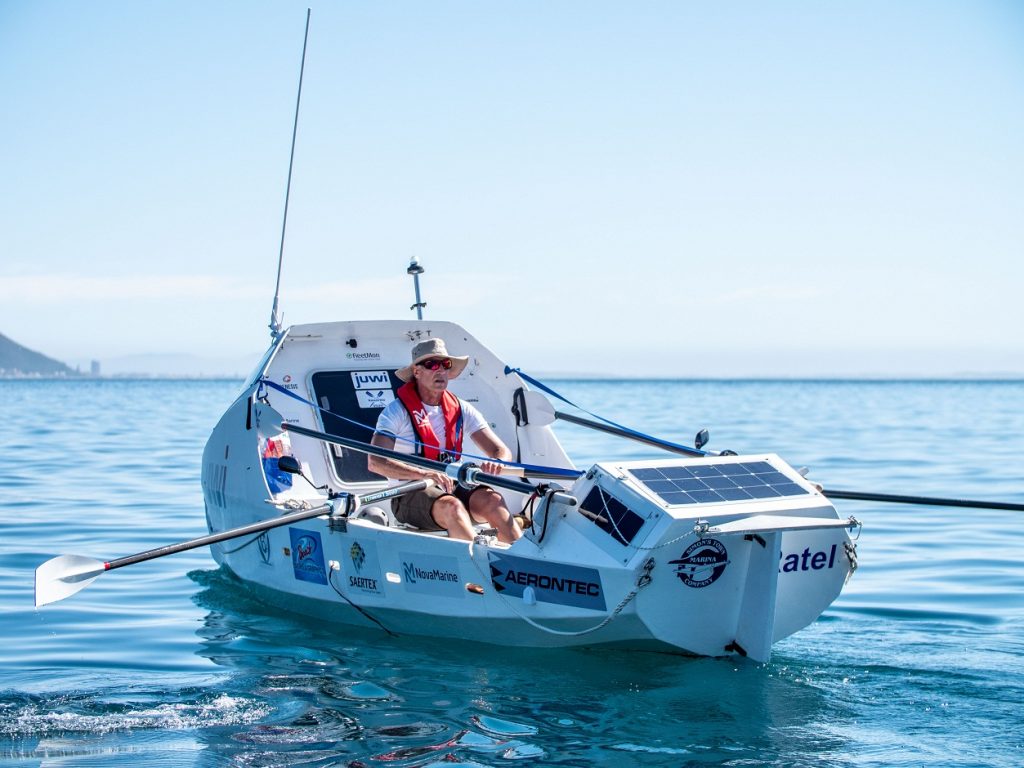 The adventurous 59-year-old had to be towed back to land just hours after setting off on his 7000km unassisted odyssey across the South Atlantic. Zirk had the muscle power, but not the weather: a change in wind direction meant he couldn’t make it over the horizon and now has to wait for a new weather window before setting off again. 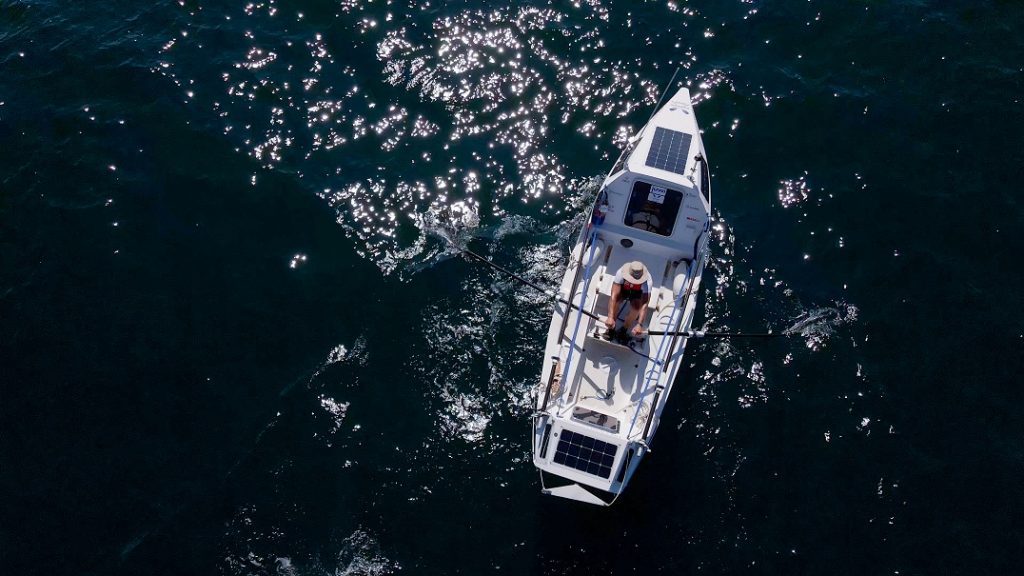 “I have returned to Cape Town, temporarily in the face of extremely adverse wind conditions,“ said Botha on his Facebook page. “My decision to depart on Saturday was based on a small weather window, which required me to be able to get away from Cape Town and far enough offshore to avoid the Northerly wind predicted to come through on Saturday night.”

“However, the wind conditions deteriorated early. During the night the Northerly pushed me all the way back to south of Robben Island. Considering the prediction for the week ahead of South-Westerly winds and an ongoing Northerly wind, I realised I would keep being pushed back onto shore. 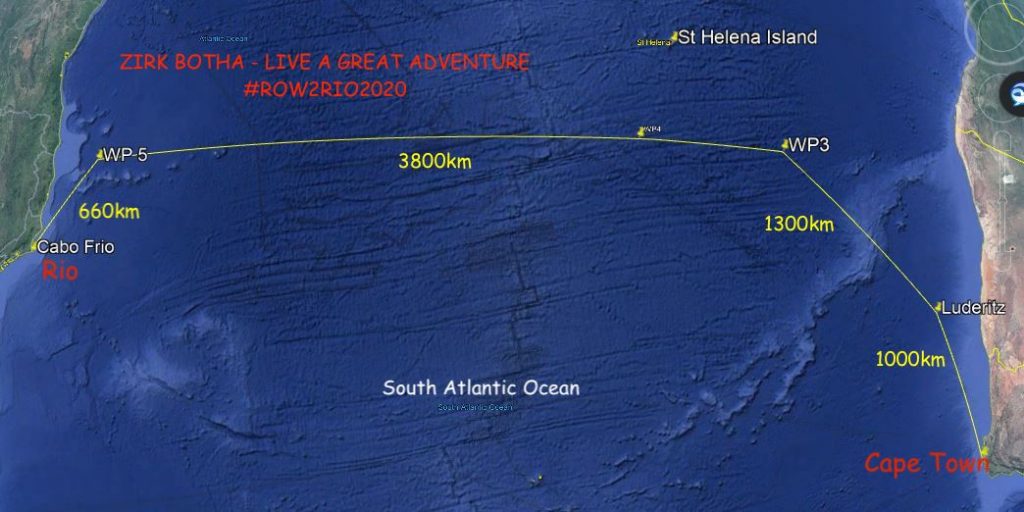 “This wasn’t an ideal situation so I made the call to come back and wait for a proper weather window with a consistent pattern of Southerly and South Easterly winds that will allow me to get offshore without a struggle,” Botha said.

Botha is attempting to become the first man to row unassisted across the South Atlantic, in a rowboat not much bigger than an indoor cupboard which he built himself with help from friends. He had originally intended to leave on December 1 but delayed the start due to the unrelenting South-Easter. 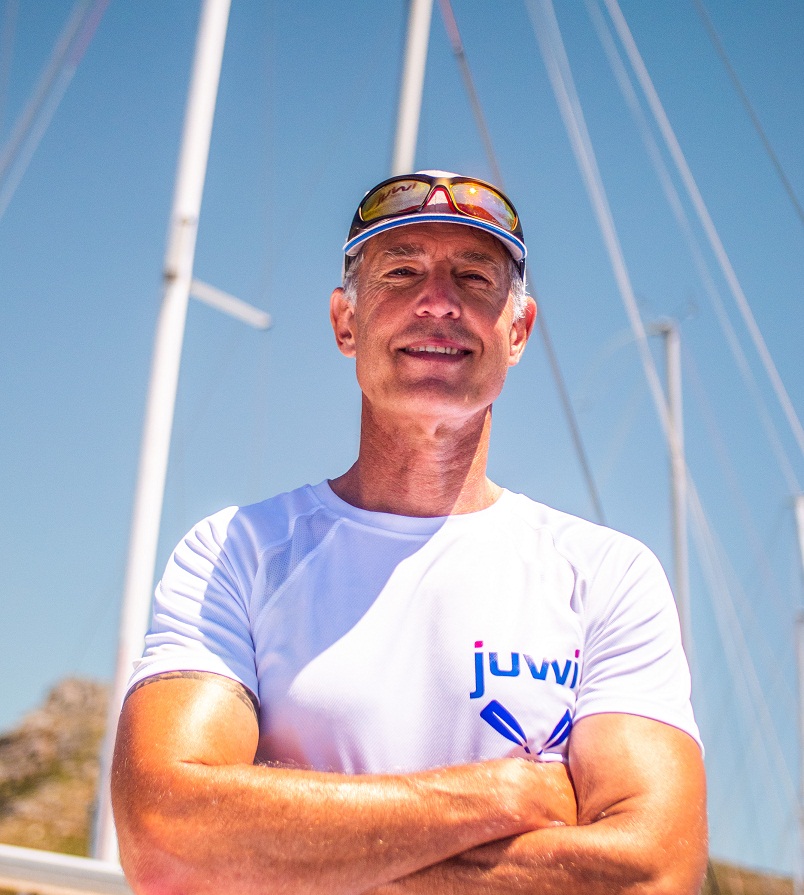 If successful with his voyage, expected to last about 100 days, Zirk’s crossing would be the most impressive burst of ocean adventuring since Chris Bertish crossed the Atlantic in a Stand Up Paddleboard in 2016.

Botha said he would not have succeeded in his build project had it not been for outside help, notably from well-known Cape Town builder Wayne Robertson: “Wayne made contact with me and taught me how to do epoxy work,” he said in a recent interview. “There is no substitute for having that personal interaction. Wayne has been my go-to guy for boatbuilding, and there are a lot of things he has helped me with.”

Construction was based largely on a design by UK naval architect Phil Morrison, who also designed Bertish’s rowboat.

To prepare for his crossing Botha trained at night in False Bay, to get accustomed to night rowing. “I’ve done intensive rowing plus weight and endurance training, but I know that my biggest challenge will not be physical, but rather mental,” he said in a press release published this week. ““The boat has been named ‘Ratel’ which is the Afrikaans name for honey badger, an animal known for its courage and tenacity, which I will need to complete this challenge,” he said.

During the crossing he expects to consume on average 10 litres of water and 8000 calories of food per day. “Even so, I expect to lose over 12kg crossing the Atlantic.” He will row for about 14 hours a day.

Botha, who has a background in the South African Navy and has completed several previous adventures — including a SUP crossing of the Okavango Delta – has equipped the boat with state-of-the-art solar panels, batteries and a desalinator. He will also travel with a satellite data connection “so that I will be able to chat with my kids”.

“I will have no supporting safety boat, and I can expect to experience large waves and swells, not to mention the threat of numerous tankers and other large vessels bearing down on me as I move through the shipping lanes,” he said.

His route, the ‘Great Circle Route’, would take him in a wide arc to benefit from prevailing winds, first in a north west direction from Cape Town, then westerly for the main crossing, and then approaching Rio from the north east. 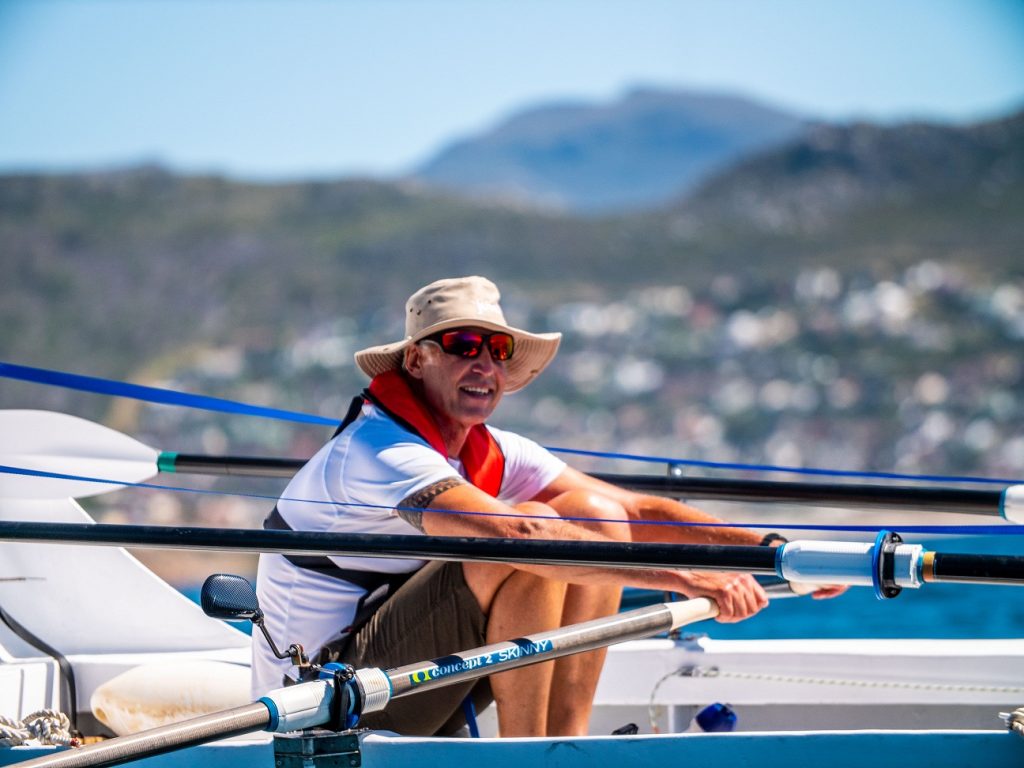 2020-12-08
Previous Post: KINETIC GETS ENERGETIC – FIRST HULLS NEARING COMPLETION
Next Post: NO IT IS NOT FAKE NEWS – PORT TARIFFS WILL NOT INCREASE