AND NOW AN OUTBOARD ENGINE THAT ACTUALLY CLEANS WATER… 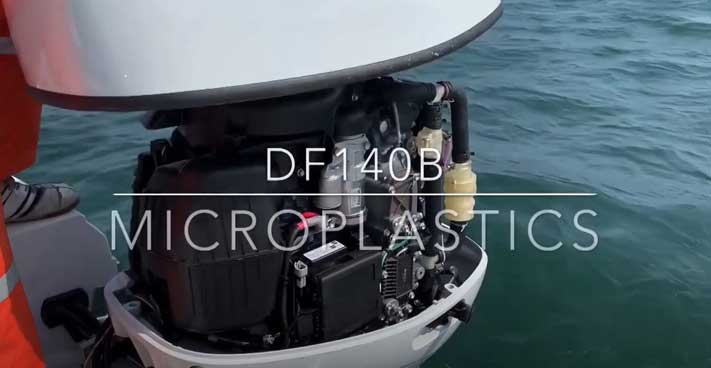 Suzuki Motor Corporation has developed an outboard engine device that can be fitted to its engines to collect micro-plastics from returning water.

The device forms part of the company’s Clean Ocean Project, and will be introduced to market next year. It can be installed on outboard motors without impacting on the engine’s performance: “Through this device, micro-plastic waste around the water surfaces can be collected just by running the boat,” the company said in a recent press release. “The device can be installed to a return hose easily, and it does not affect the engine performance since it only utilizes the returning water that has already been used to cool the engine,” the company said. “According to the monitoring research conducted in Japan, micro-plastic waste was found within the substances collected through the filter. The research is also being conducted abroad and further improvements will be made,” the company said in its statement.

Further tests are being conducted in China, Indonesia and the Philippines.

The initiative comes amid mounting global concern about the scourge of marine plastic pollution which has prompted many clean-up initiatives. Much of the plastic pollution is broken down into micro-plastics which penetrate the ocean food chain. “They are then broken down into micro-plastic under the natural environment and their impact on the ecological system is also becoming a concern,” the company said.

Since 2010 Suzuki has conducted voluntary clean-ups in seas, rivers, lakes and ponds, involving 8000 people to date from 26 countries. The company has also started reducing the amount of plastic packaging used for their outboard motor products. “For part of the Suzuki marine genuine parts, we have started replacing packaging materials from plastic to paper beginning with October 2020 shipment. Approximately 2.3 tons of plastic will be reduced every year if all packaging of marine genuine parts are replaced to eco-friendly materials,” the company said.