FROM MIELIEFIELDS TO MARITIME: THE DEBBIE OWEN STORY 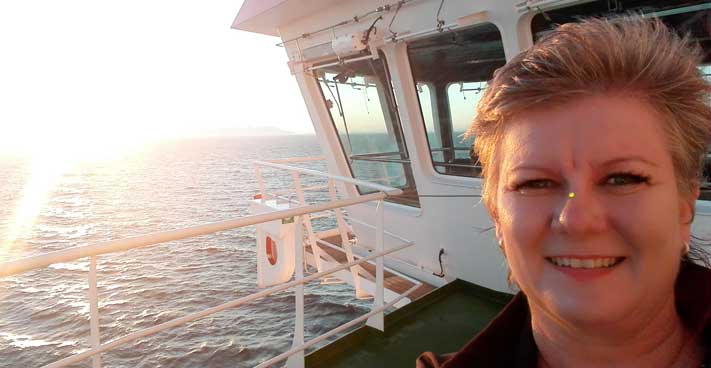 There must have been a few raised eyebrows among the mielie fields of Greylingstad when a young Debbie Owen announced she wanted to be a psychologist. 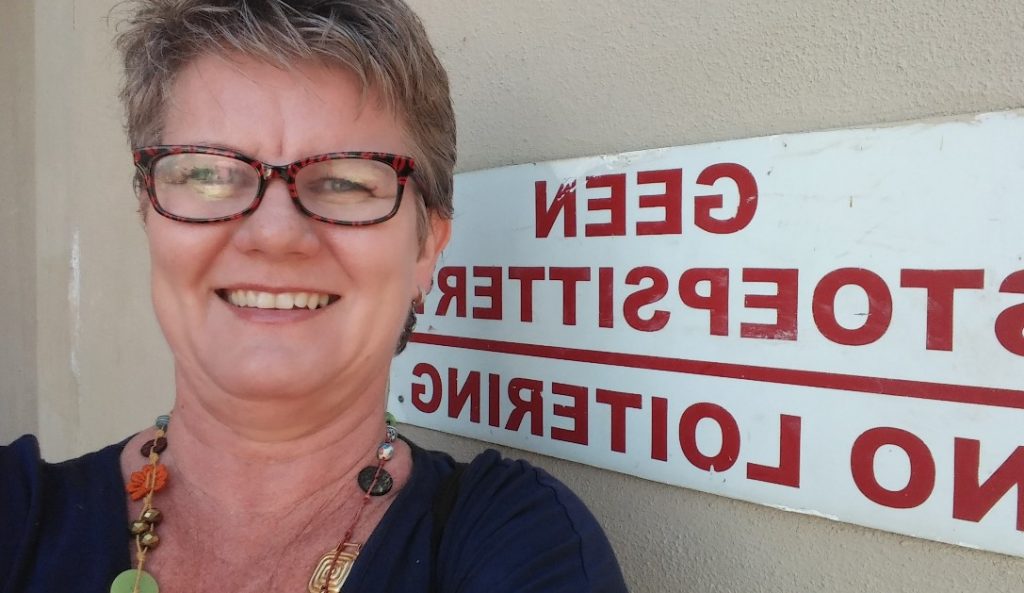 This was the 1980s. Greylingstad could hardly spell psychologist, let alone produce one, or so it seemed to teenage Debbie who was one of only two English students at her Afrikaans boarding school. Career prospects for a plaas meisie in the former Transvaal were generally defined in terms of baking powder and tuisgemaakte melktert. 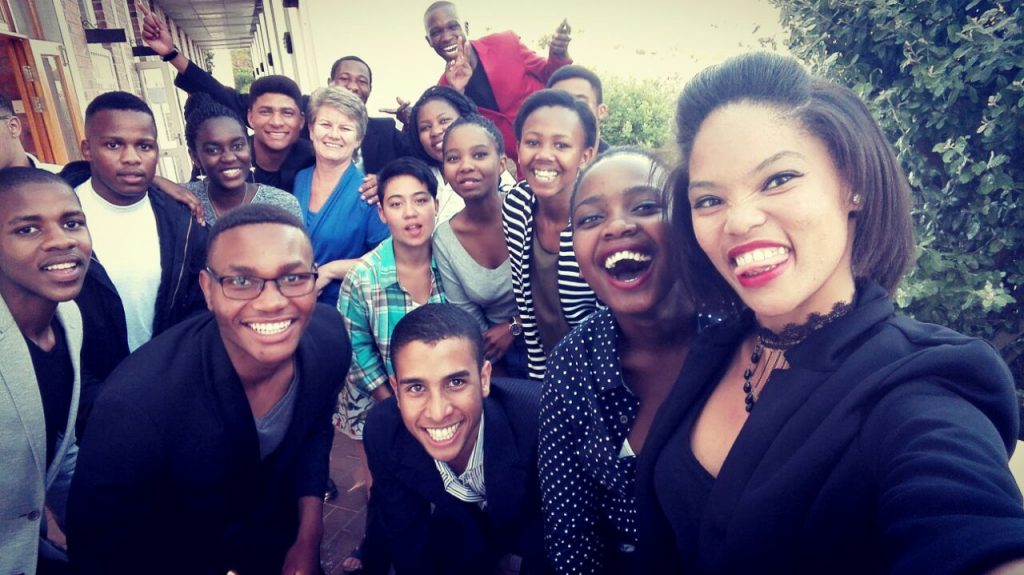 But this is Debbie Owen we are speaking about – not one to fit the mould. Fast forward 30-odd years and Debbie is a shrink, mother, disciplinarian, and fundraiser rolled into one as headmistress of Lawhill Maritime School in Simon’s Town. The greybeards of Greylingstad would surely nod their heads with pride if they could see her now, irrepressible as a Highveld thunderstorm, helping to prepare young South Africans for the maritime sector.

Surprisingly for someone so energetic, Debbie is not one to seek out the limelight. During her six years at the helm of Lawhill she has happily walked — hidden? – in the shadow of Lawhill founder and all-round maritime superhero Brian Ingpen, who at 73 is trying to take a back seat.  However Debbie’s own story deserves some telling, not least because it goes a long way towards explaining why she has been entrusted with a key role in South African maritime education. 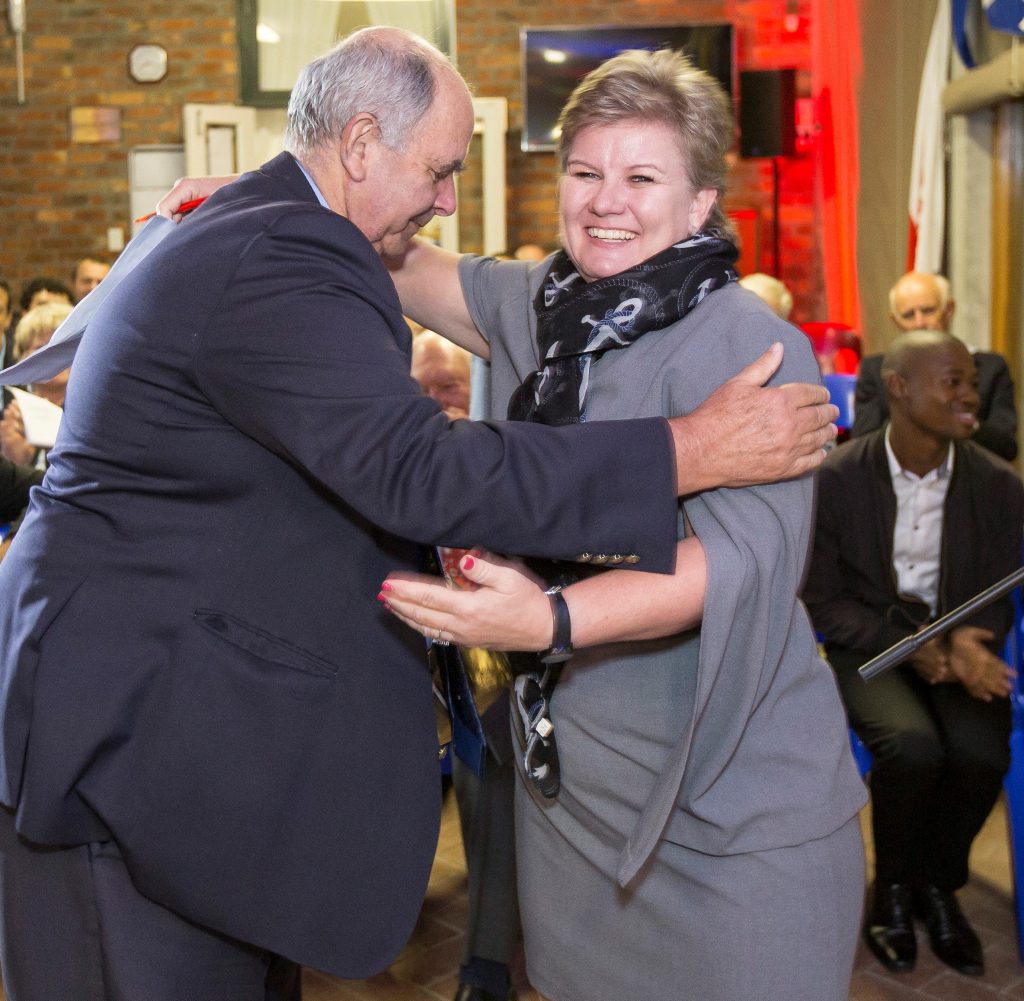 The distance between Greylingstad and Simon’s Town is measured in far more than miles – that’s the first thing to understand about Debbie Owen. She had a humble upbringing on the family farm. But what her parents lacked in money they made up for in gees and compassion, and Debbie credits her entire family, both her parents and three siblings, with shaping a progressive world view in keeping with Mandela’s vision of an inclusive nation.  Her father’s love of education and empathy towards his farm workers made a lasting impression on Debbie during her formative years:  “He was a real passionate man and a little bit ahead of his time in terms of seeing people as all belonging to human race (at the height of Apartheid). And he walked the talk – and that is important. He didn’t say one thing and do another,” recalls Debbie of her now late father. She remains close to her mother who lives close to her in Marina da Gama. 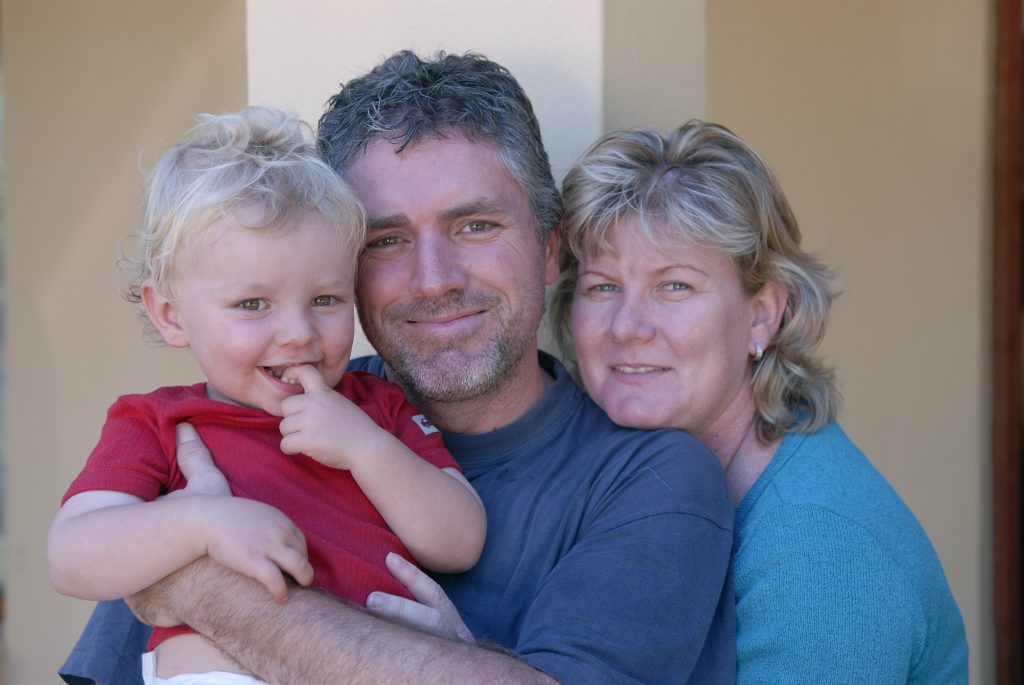 Debbie believes her childhood trials of growing up as a relative ‘outsider’ on the platteland now helps her empathise with her students, the majority of whom are from financially disadvantaged backgrounds and who would otherwise find it hard to access the maritime sector.  Her early years also prepared her well for her move, in the 90s, into the male-dominated maritime sector.   Explains Debbie: “We were six English kids in the entire primary school.  So I know what it feels like to be in an environment where you feel you don’t fit in or belong.”

By the time she finished high school she had a good idea about what she didn’t want to do – which ironically included teaching – but was unclear on what to do instead. “I just knew I couldn’t be a farmer’s wife and needed to get out.”

But it was the prescient advice of her boarding school headmistress that was to set her on a defining career path: she enrolled at Wits Tech to study Public Relations, Marketing and Communications as part of a three year national diploma. With hindsight it was an excellent move.

Debbie confides she had to endure some challenging part-time jobs to cover living expenses while studying, including a stint as a ‘Camel Girl’ at sporting events – dishing out complementary cigarettes to potential customers. It’s not a job that appears on her CV but serves to illustrate that there were no shortcuts to her success. Nor does she tolerate any shortcuts at her school.  If the experience of hard work taught her resilience, it also informed her view that success is a rare opportunity, not to be disrespected: “That is also why I am quite demanding on the kids – because I want them each to understand that they took somebody else’s place at the school. I tell them Lawhill is a working ship, not a passenger ship,” says Debbie, her trademark smile briefly on hold.

“Weekend work is what fed me and bought my boyfriend beers,” she quips, her smile back again. “It was good. It teaches you responsibility and accountability. My husband bummed around Europe (at that age). I was envious that I never had that experience but I think it served me well to get into the trenches at an early age.” 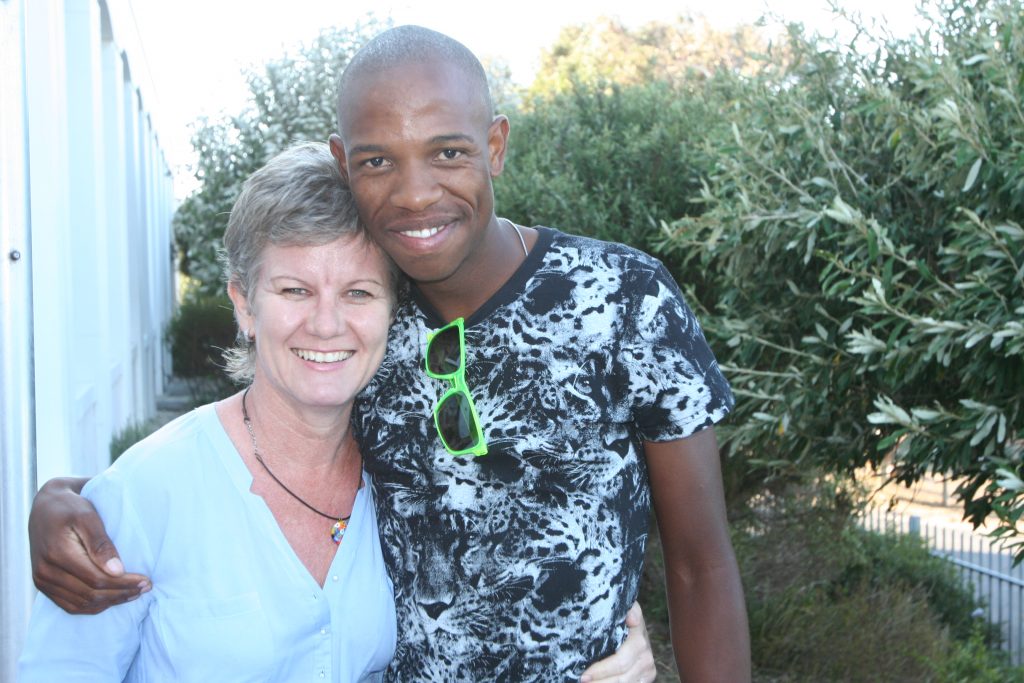 Her early start in the work trenches began with a PR post in Johannesburg, and then a transfer down to Cape Town to take up a challenging new magazine editor role at a well-known publishing firm. She was just 20, suddenly in the deep end with three industry magazine titles under her watch. It was another turning point, for she excelled, despite the early misgivings of her boss who felt she was too young. The triumph instilled a sense of confidence that propelled her through the years to come. “I was totally thrown into the deep end,” says Debbie of the publishing job. “I had to go out and meet captains of industry and do interviews. It was just head down and learn as much as I can.”

For her efforts one of her magazines won a Specialist Press Association Award.

If her work life up until this point had consolidated her skill-set, her next move into maritime in the 1990s, as PRO for the Safmarine, began to set the stage for future projects. She jokes that the move to Safmarine was about bagging a company car, but one suspects she saw an opportunity for global experience, which is exactly what she got during a lengthy association with the blue chip firm. She travelled the world and collaborated with top professionals, one of whom was to make an indelible impression – Brian Ingpen. It was while working on Safmarine’s ‘Containers in the Community’ CSI project that she first encountered the the pioneer of the Gr10-12 maritime studies programme.

Safmarine donated 47 containers to build the Lawhill House hostel attached to Simon’s Town school. It was a ‘Eureka’ moment for Debbie who had always sought out more meaningful corporate projects, possibly inspired by some of her father’s welfare projects on the family farm. “This (container project) work really fed the soul – able to play a small role in finding solutions to the socio-economic issues facing South Africa and the plight of those living in underserved communities.”

In 2000 she founded her own communications company, Do Communicate, in order to better dictate the scope of her work. Over several years she embarked on numerous innovative and uplifting projects, among them raising funds for Red Cross Children’s Hospital and establishing the now famous Velokhaya Cycling Academy in Khayelitsha. This landmark cycling project saw some of the world’s top riders from Tour de France team CSC interacting with townships kids, and township cyclists visiting France in the mid 2000s.

And the rest, as they say, is history, of the chronicled variety: Debbie joined Lawhill as Brian Ingpen’s understudy after a curious interview where she tried to convince everybody why she was unsuitable for the post. They didn’t fall for it, and she got the post.

She had her misgivings at first, upon realising the enormity of the task. “The first 18 months was very hard but (Brian) kept convincing me that I was the right package to take Lawhill to another level. And there was something in me that wouldn’t quit.”

That something was partly admiration for what Ingpen had achieved, and what Lawhill represents in the South African context: “There were years where there was hardly any money to pay salaries but he gave it his all,” she says of her long-time mentor. “Here was a man for whom that stuff just didn’t matter. You saw the love these kids had for him, and the love he had for them, despite the cultural differences, and you just wanted to be a part of it.”

The downside was an even more demanding work life as Debbie quickly realised that the teaching life was not the semi-retirement she had envisaged for her and her young son: “He told me one day, you know I see less of you now than before, but I know the kids need you.”

What her kids need more than anything is what Debbie calls the ‘soft skills’ that don’t generally come with the standard curriculum — the intangibles like self-esteem and self-confidence. Central to her educational creed is a belief in working on a person’s character, first and foremost, to allow them to do the rest for themselves. Concludes Debbie: “It’s about stretching their comfort zones.”

Debbie may not have been her childhood dorp’s first psychologist, but she is well on track to be one of its  heroes.

POSTSCRIPT: Lawhill is looking for learnership and other opportunities for its graduates. For more info contact Debbie Owen on :  d.owen@lawhill.org