LEOPARD SURGING AHEAD DESPITE LOCKDOWN 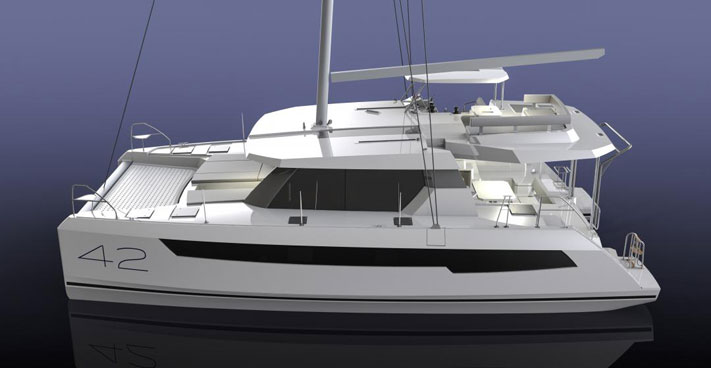 New model due to be officially launched early next year

The new-look Leopard 42 catamaran will be formally launched at next year’s Miami International Boat Show, the company said in a press release posted on their website.

The Leopard 42 incorporates the interior design of the Leopard 53 Powercat and the modern exterior appearance of the Leopard 50.  Notable features include continuous hull side windows and the coach roof lounge.

Michael Robertson, Leopard 42 Chief Designer, Robertson and Caine, said a key goal of the project was to introduce a lounge that matched the overall design without adding too much additional weight: “By integrating the geometry of the lounge into the GRP hardtop, we were able to achieve a lightweight area that added less weight to the boat than one average sized crew member,” Robertson said.

Other design innovations include wider beds (compared with the Leopard 40) and significantly larger floor space for both guest cabins and the owner’s cabin. 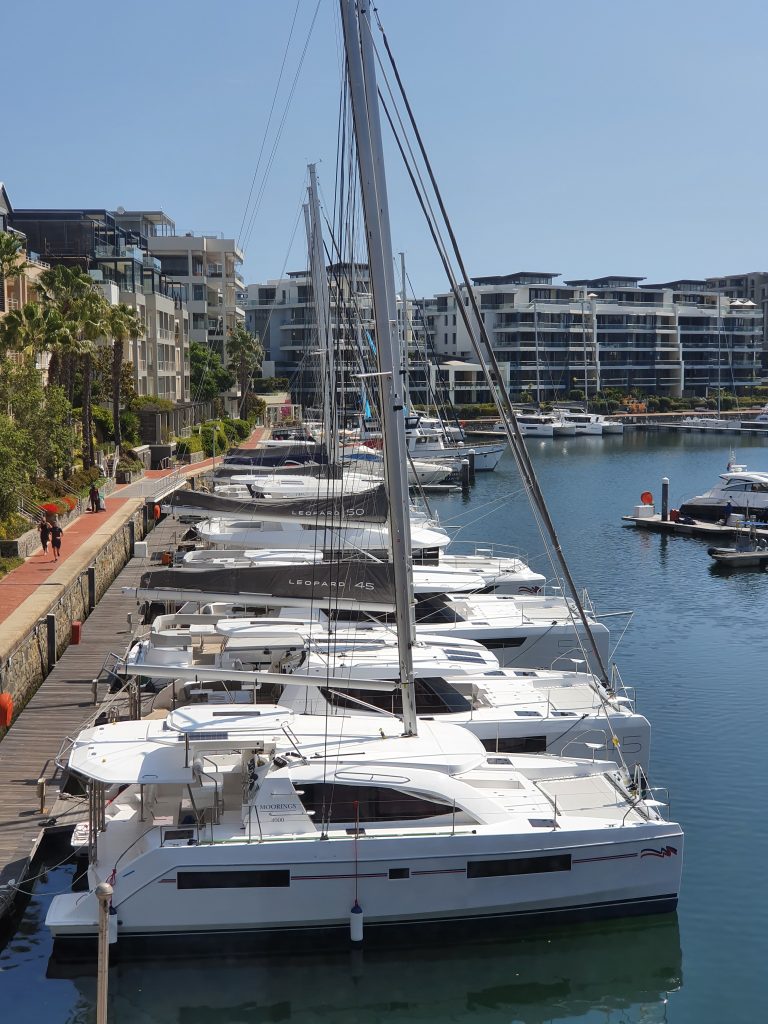 “To achieve more sense of space within the hull cabins, an effort to maximize natural light was achieved by utilizing the continuous window along the hull, adding windows wherever space permitted, and maximizing the height of each window,” the company said in their press release. “As a result, the Leopard 42 hull interior boasts double the window surface area than the Leopard 40.”

Naval architect Alex Simonis of Simonis-Voogd, said the 42 also featured a refined hull, rig geometry and sail layout:  “Although it sounds like all the development goes into creating more space, more windows and doors, the reality is far from that. For the design of all Leopards, their performance potential remains one of the top priorities,” Simonis-Voogd said.

Test sails are scheduled for November leading up to next year’s official world premiere in Miami.

“The new Leopard 42 has the unmistakable DNA of the brand, with plenty of exciting new technology and building techniques used to make it a magnificent ocean-going yacht with a feel of space, comfort and performance only previously found in significantly larger models,” the company said.

Daniel Snyman, Leopard SA Regional Manager for Africa, Mauritius & Seychelles, reported strong sales of the new model during lockdown. He said the next Leopard 42 slot available would only be delivered in June 2021 due to the demand: “We were very busy during the lockdown period with new orders and contracts and the market has responded very positively to this new design,” Snyman said.

Franck Bauguil, VP Yacht Ownership & Product Development for Moorings, Sunsail and Leopard Catamarans, said the formal launch of the new 42 had been delayed by the global pandemic: “We had been focused on larger units with the introduction of the 50 and the 53PC this year, so it is very refreshing to work on a smaller unit, that offers many new ideas, and packs so many features in 42 feet, for the weekly user, long range sailing and for the full time live-aboard in all sea conditions,” Bauguil said. “Simonis-Voogd continues to push the envelope, model after model, with catamarans that offers more comfort and continue to perform like a Leopard. The combination of optimized hull shapes, powerful rig and stepped hulls continue to deliver great results for our owners and charter customers,” he said.