SW96 ‘Ammonite’ was built largely under Covid-19 lockdown conditions at the company’s Cape Town facility. It is the second Southern Wind build for yachtsman Marcus Blackmore, who the company hailed as “an excellent ambassador for the Southern Wind brand.” 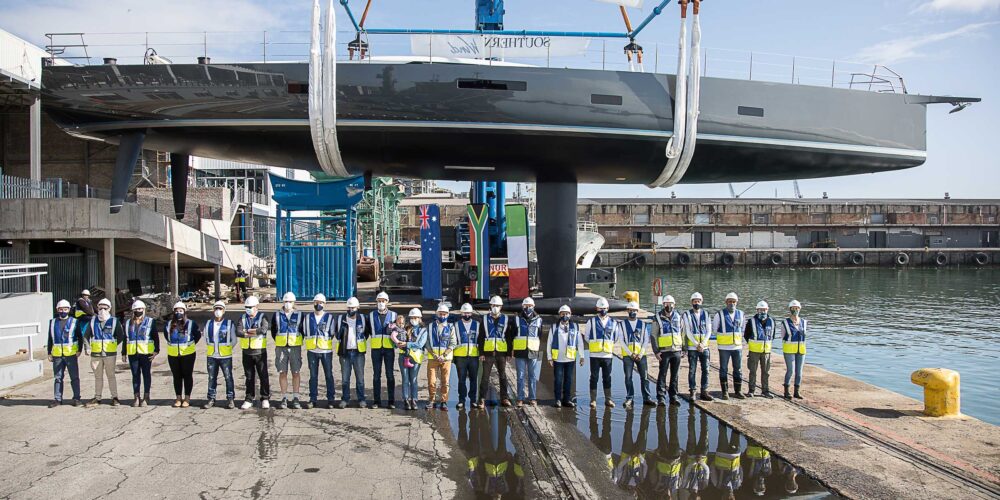 The SW96 is a 31.4m high-performance yacht described by the company as a blend of her two predecessors, SW96 Sorceress and SW96 Seatius. The model was designed by Farr Yacht Design with general concept drawn by Nauta Design.

“This launch has a special flavour because SW96 Ammonite was built in the full respect of the South African government’s Covid-19 restrictions,” the Company said in a statement published on their website. “Ammonite’s successful launch is a tribute to all the people at Southern Wind who have continued to work with passion, commitment and diligence while respecting the safety protocols and added restrictions required by the pandemic.”

“A rich and diversified sailing program is awaiting SW96 Ammonite. Delivery is scheduled for end-September in Cape Town, after which Ammonite will head to Sydney then on to New Zealand where her owner, captain and crew will defend their title in the Millennium Cup. From there Ammonite will sail off either for a tour of southeast Asia combined with some regattas or for a cruise to Alaska combined with the 2022 Transpacific Race,” the company said 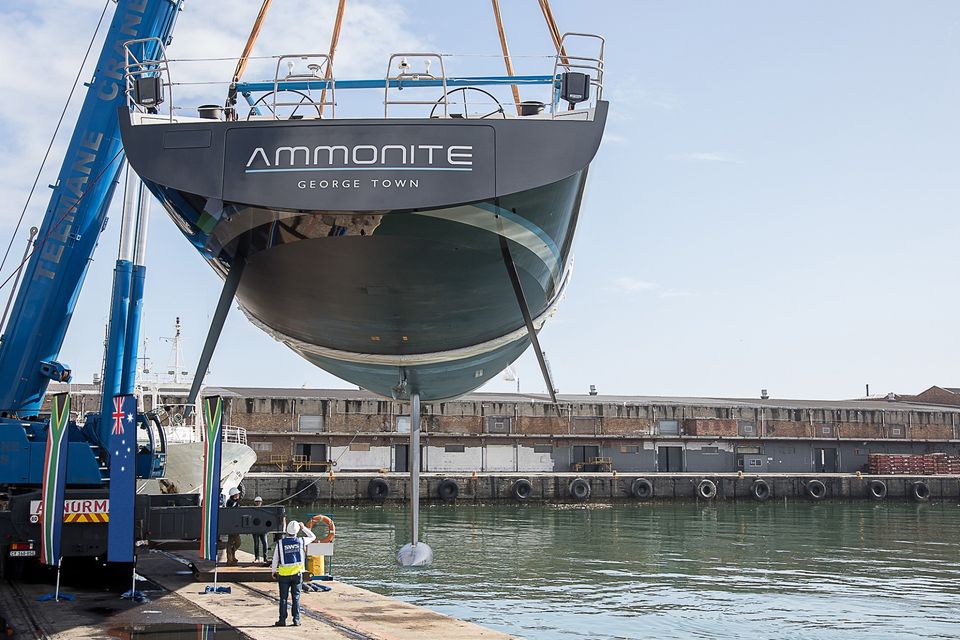 SWS commercial director Andrea Micheli said the latest build was based partly on a deep trust and friendship between Southern Wind and Blackmore: “When we started building the SW82 Ammonite, Marcus Blackmore’s first SWS yacht, he trusted us to have the technical knowledge, design features and craftsmanship skills to build his ideal yacht. During the build process we also discovered that there was true friendship underlying our relationship. We have added this secret ingredient in the construction of his second yacht with us,” Micheli said.