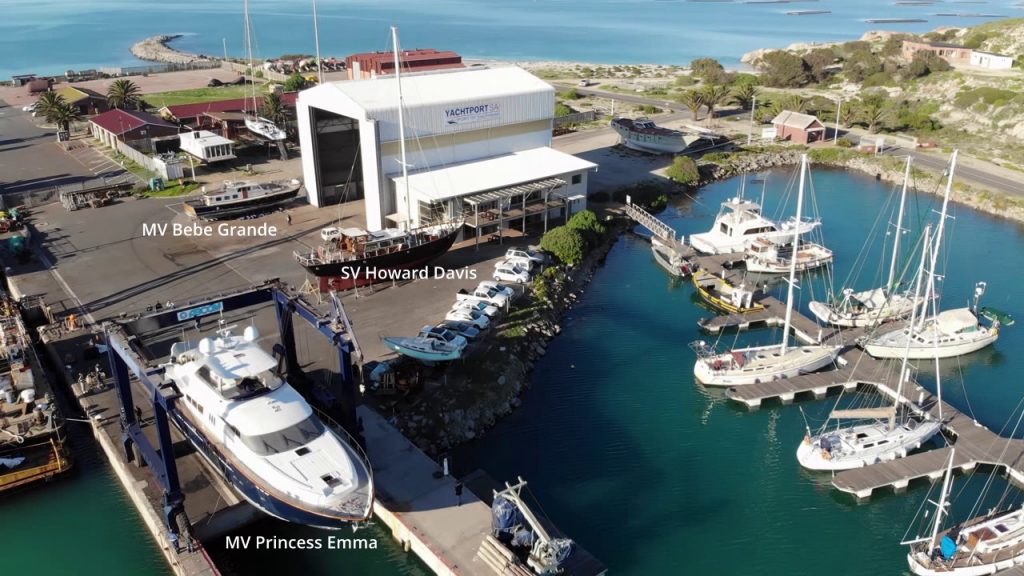 While the South African economy lurches inevitably towards the intensive care unit, YachtportSA reports a rare distinction at the Saldanha facility: three iconic boats in for repair and maintenance work, bringing much-needed activity at a time of widespread layoffs and business closure.

“We have three very interesting craft at the moment,” confirmed indomitable Brian Blackbeard. “We are lucky to be sustaining our business during lockdown.”

Despite doldrums all around Yachtport has managed to pay full salaries even when staff were sitting out the mandatory yard closure. “I kept all the staff, even the casuals,” Blackbeard said. 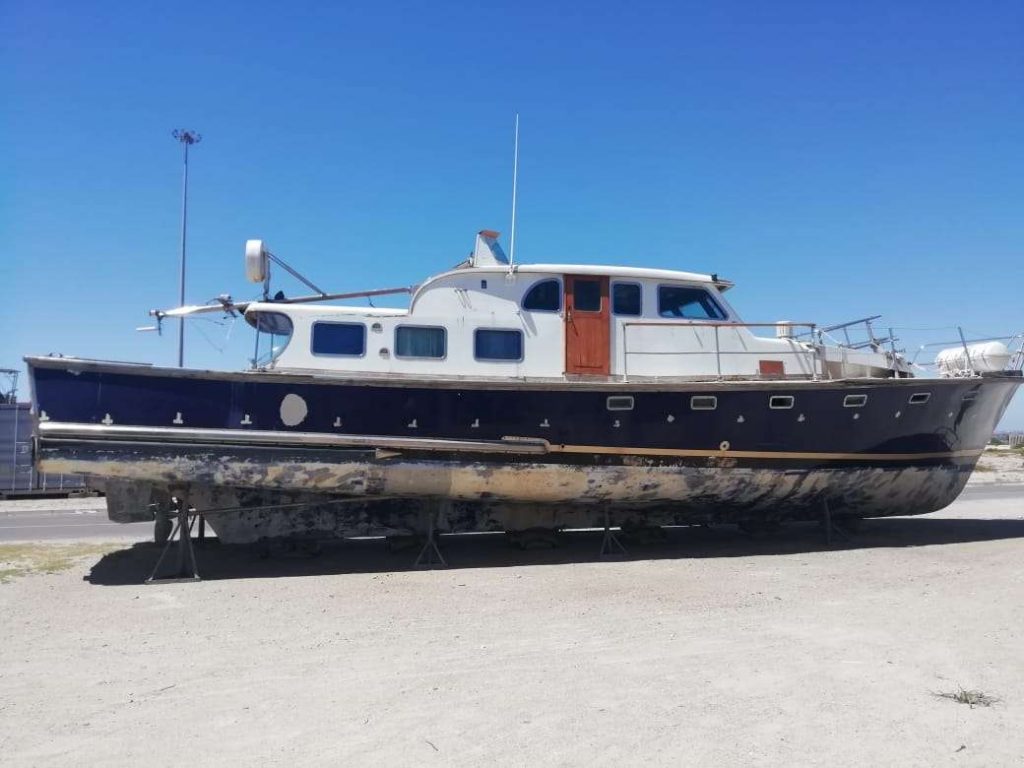 Possibly the ‘grandest’ of Blackbeard’s current fleet is the 56ft Bebe Grande, designed in 1955 by British superyacht specialists BCTQ (Burness Corlett Three Quays). At one time she was the largest fibreglass hull in the world, built for South African race horse owner Jack Gerber and named after one of Gerber’s winning steeds, Bebe Grande. The vessel is now being restored under Blackbeard’s watch. 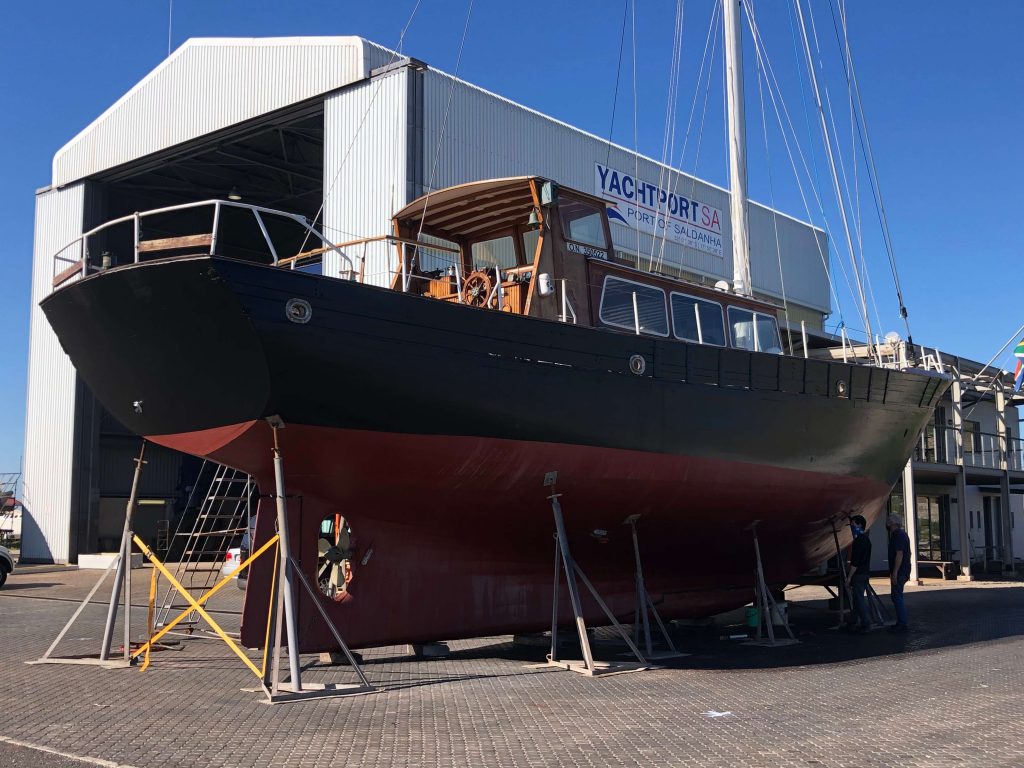 Another restoration job on the go involves the Howard Davis, designed by Kurt Oehlman and launched in 1965.  The boat was reportedly named after the son of Thomas Benjamin Davis who died during the First World War.

The third iconic boat to visit Blackbeard’s yard this month is the 25m charter vessel Princess Emma, one of the largest motor yachts in South Africa, in for complete renewal of her anti fouling system.

Future commissions include a Fairline 40 for major renovations including new engines, electrical system, electronics and outfitting. 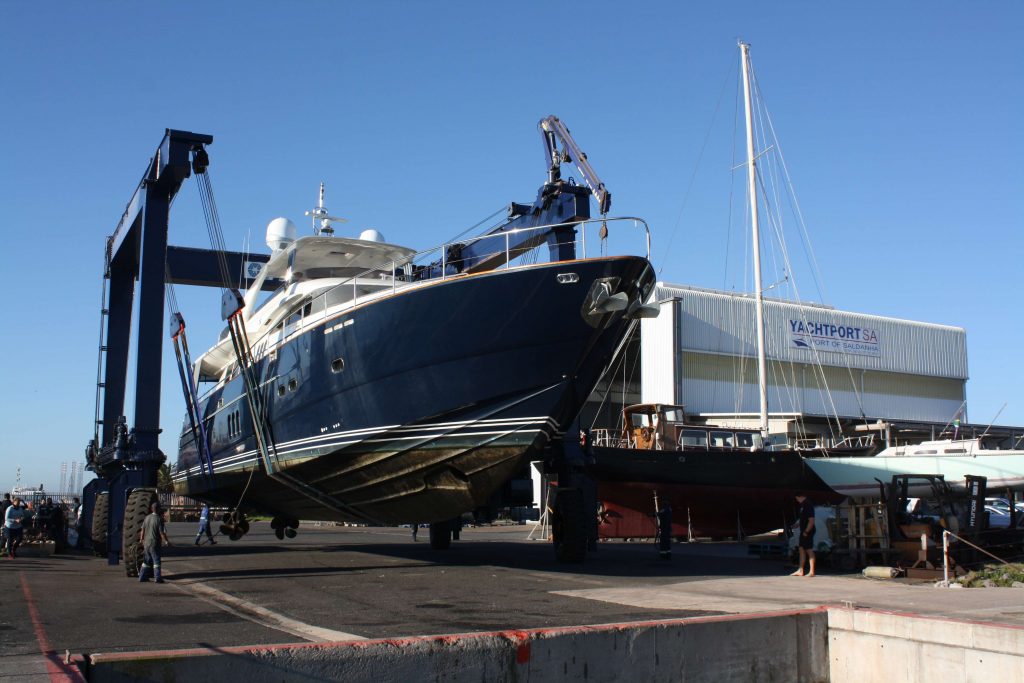