‘A MAVERICK, A GENIUS, A GREAT LOSS’:  RIP UWE JASPERSEN

Tributes pour in for industry stalwart 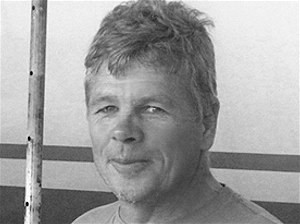 As if the past few months haven’t been disastrous enough, the unexpected death of Uwe Jaspersen last month cast a pall of gloom over the local boatbuilding industry. Jaspersen leaves behind a daughter and partner, but also a legacy of excellence and innovation that went a long way towards establishing South Africa as a premier boatbuilding destination.

“If you look back over time and some of the extraordinary boats built, they were built by Uwe,” said SABBEX chairperson Bruce Tedder. “He was quite a maverick boat builder, especially with high-tech epoxies and carbon – he knew how to work with them.”

“He was a hands-on type of guy, loved running his own show, a small tight show. He was also a guy who would give a brilliant opinion, a straight shooter no bullshit kind of guy,” Tedder said.

“His legacy is craft all over the world that he has built. We will miss him terribly,” he said.

Jaspersen grew up in Namibia before moving to Cape Town for work. He helped set up the Southern Wind yard before setting out on his own. He also worked for Voyage Yachts and, more recently, was an integral part of the successful Cape 31 Project.  In June SABBEX reported on Jaspersen’s success with his own HammerCat design for the US sports fishing market.

Kay Oldenburg, who worked closely with Jaspersen for many years, said: “I am in tears whenever I talk or think about Uwe. He was not only a fantastic friend. He was like family to me. He is, was, the reason why I moved to SA. The influence he had on people was not noticeable at first, it needed to germinate a bit,” Oldenburg said

Yacht designer Alex Simonis described Jaspersen as an unassuming boatbuilding expert who helped various boatyards deliver iconic yachts around the globe. “He knew his stuff and didn’t really need to convince anyone of that. He belonged to perhaps the last generation of true boat builder. Those guys who knew in their guts what is right and what is wrong and how it needs to be done. Probably using drawings more to just confirm what they had thought out already,” Simonis said.

“You will be missed, not only by your family and friends but also all those you worked with over the years and those who enjoyed and keep enjoying the boats you build,” he said.