WHERE TO NEXT FOR JASON RUGER?  MEET THE GYPSY BEHIND SOUTH AFRICA’S GYPSY YACHT DELIVERIES

Ruger has been gathering sea miles since before he could talk 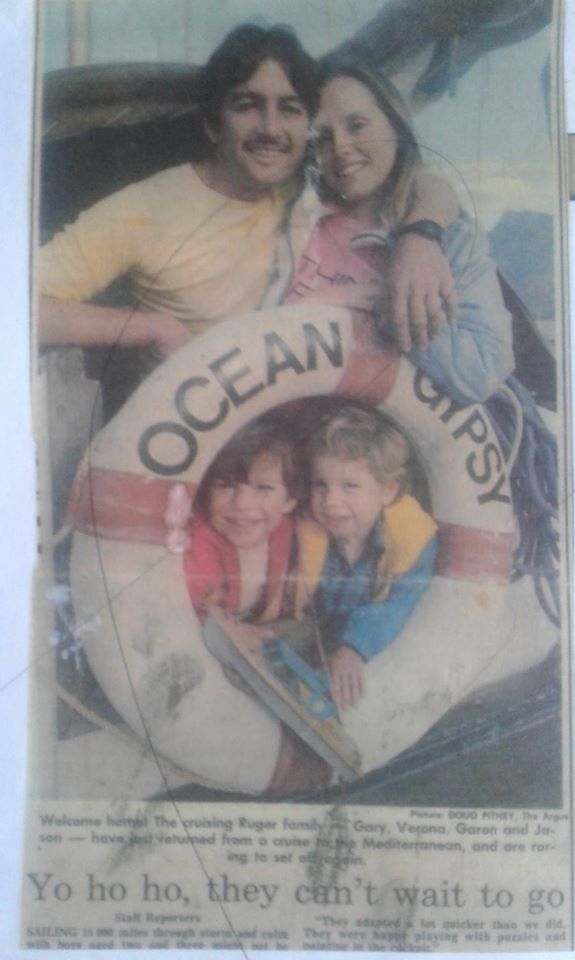 SABBEX: Gypsy has established itself as probably the top yacht delivery company. Were you the first, or the first of your kind?

We were not the first, there were a few before me such as Steward Marine which was bought by TUI Marine, and Indigo Yacht Management which was owned by a chap who eventually stopped employing other skippers, preferring the simplicity of doing the deliveries himself. Most delivery skippers advertise themselves individually, whereas with us our skippers and owners enjoy the benefits of having the support of a knowledgeable sailor behind the computer who is able to lubricate the delivery process. My skippers are top notch and adhere to my strict ethos of professionalism and conscientiousness and understand the relationship between their conduct and the reputation of the business.  They love what they do, and since regular delivery work is otherwise a rarity, they really treasure their positions in the company.

SABBEX How did the company come about?  You’ve been around 13 years now. What was the catalyst for founding the company?

I had just arrived in Australia, after crossing the Pacific from the BVI, to discover that I had a buyer for a property of mine. With some money in my pocket to weather the difficult years ahead I returned home and started the business under the name Gypsy Yacht Management as primarily a yacht brokerage. I thought it would be easy to get sellers to list with me and easy to connect buyers with the right boat. How wrong I was!  I don’t think I made a cent for 2 years! After about 3 years we focused on deliveries only, around this time we also started working for TUI – myself, my brother and my dad. In fact all of my skippers are ex TUI skippers and either family or good friends. Since then I’ve worked hard at building the business and establishing the name.

SABBEX: You and your father have sailing CVs longer than a superyacht. You clearly grew up sailing?

Thanks, we’ve definitely done some miles. Due to our location many of them were earned in the difficult waters off the East African coastline. My dad, bought a Miura in 1984 called ‘Ocean Gypsy’ – the origin of the business name. The 4 of us including my mom sailed to the Med from Cape Town, making the usual stops along the way. I was 18 months old and my brother 3 when we left Cape Town and returned 2 years later via Brazil. I don’t remember it really, but the photos of us getting paint all over the cockpit, covering ourselves in shaving cream, and turning the rubber duck into a swimming pool suggest we had an amazing time.  I guess my passion for sailing is rooted in these early days, although I hardly stepped on a boat again until I was 19, spending my youth surfing and bodyboarding instead. At 19 I flew to the Caribbean and joined my dad on a boat he had just bought in St, Maarten. We ended up in the U.S Virgin Islands and that would be my base for the next 3 and a half years. I worked in a sandwich deli, washed dishes at night, landscaped on the weekends, worked for a stone mason, and eventually as a skilled construction labourer. After lending my dad my entire savings to buy his next yacht, I put together more bucks for my own while my dad paid back the loan. On the day of my 21st birthday I flew to Trinidad to pick up my newly bought boat and began sailing her solo around the Caribbean in search of waves. This was a huge learning period for me and the best time of my life. 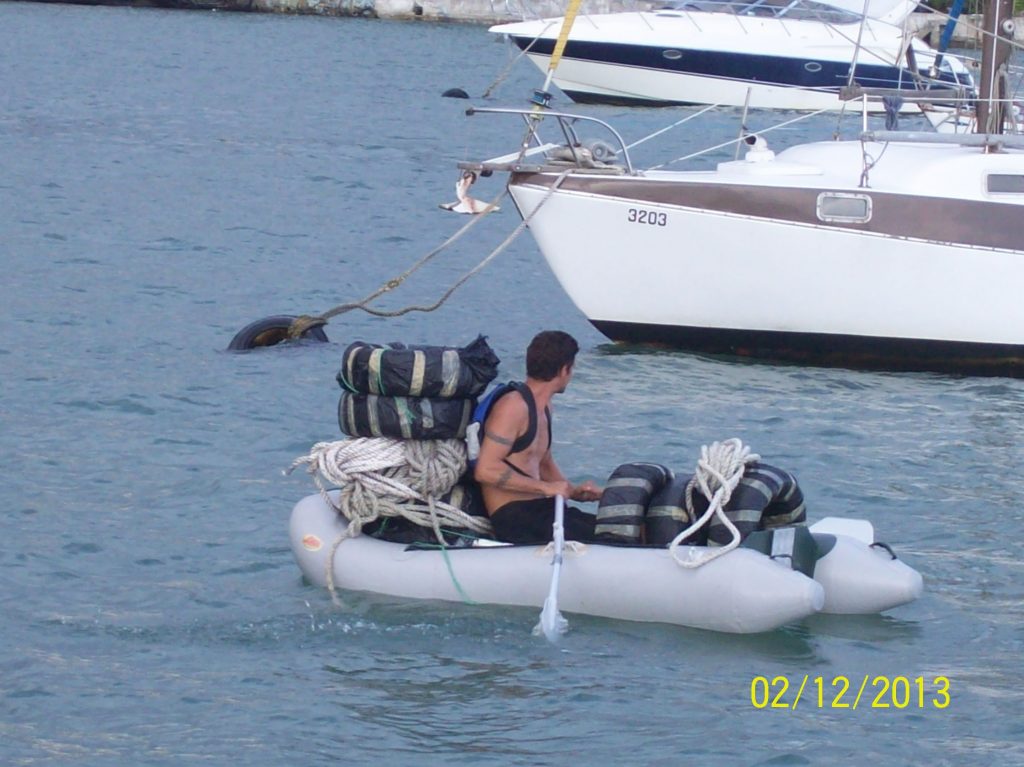 SABBEX: What role does your father play in the business. Is it a father-son enterprise?

Lol. No its a son-father enterprise. My dad works for me as a delivery skipper and has no involvement in the running of the business. He has always been my main skipper, and of course has brought a wealth of knowledge and experience to the business. It was from him that I learnt how to sail and I have him to thank for opening my eyes to the yachting world. 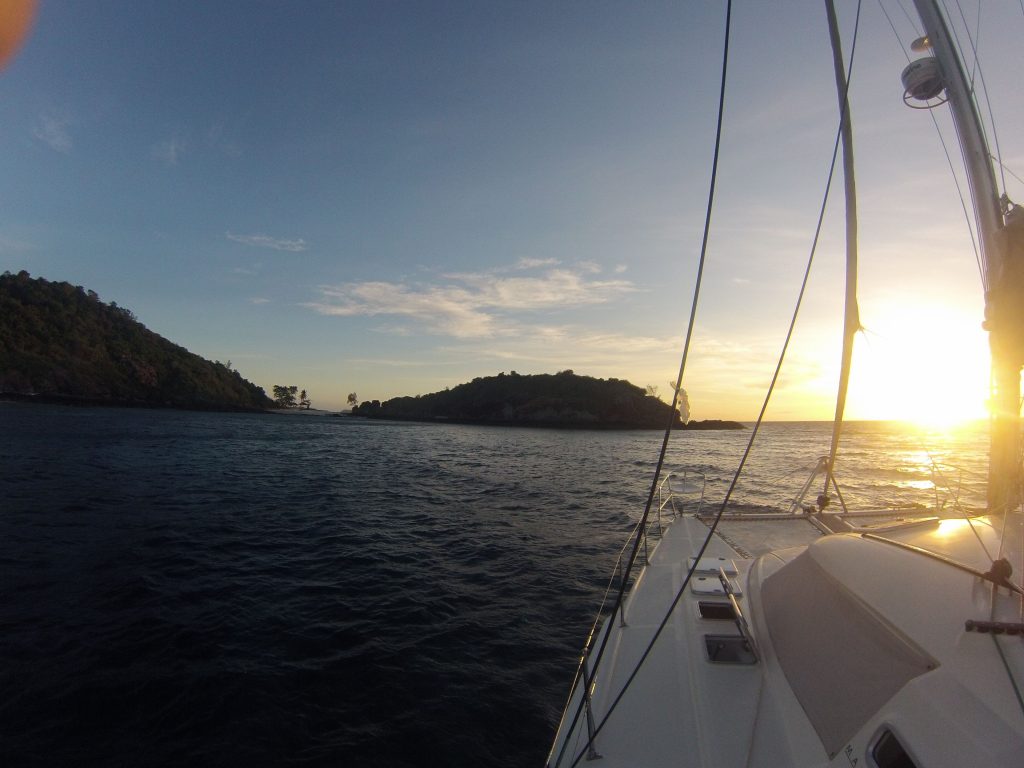 SABBEX: Regarding the current lockdown, did you see it coming? Europe and China were in lockdown before us, so presumably this would have impacted on deliveries even before the situation was serious here?

I did not see it coming, and I never entertained the possibility of government implementing such stringent restrictions for the sake of a virus with such a low mortality rate. I think the lockdown itself might have more devastating effects on people’s livelihoods and the economy than the virus would, were it allowed to spread unencumbered. I think the majority of South Africa would prefer going back to work and risk infection. I think the wishes of the majority are being ignored. I don’t think anyone foresaw a global restriction on movement of this magnitude. Myself and clients were going ahead with preparations even as the outbreak in China had made headlines, but when Europe starting locking down many of my clients became uncertain of the viability of moving boats between borders and opted to rather wait for this pandemic to blow over. 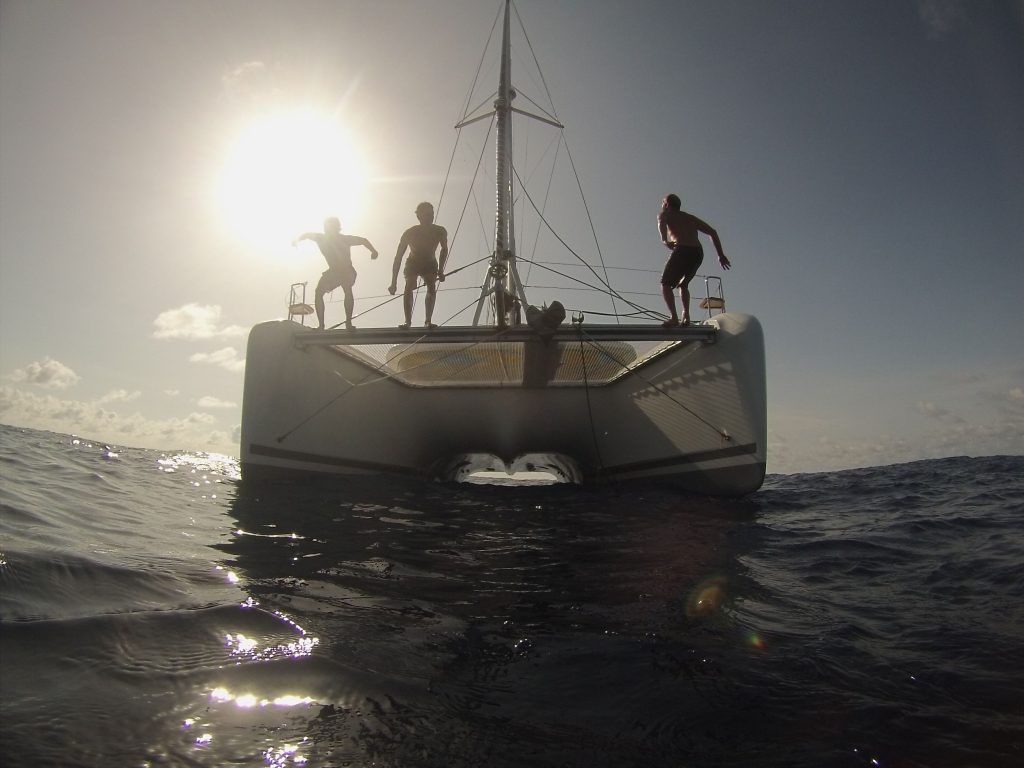 SABBEX: With lockdown looming, how did this impact your delivery schedule? Was it a matter of trying to dispatch boats before it came into effect?

On the insistence of the owner on board we managed to get a boat out just before lockdown. Headed for the Isle of Man, they did their research on what sort of facilities, services and level of reception they were likely to expect en route and were satisfied with these conditions, although between departure and arrival who knows what could change at the respective stops. It was a chance the owner and skipper were willing to take. I had another boat leave Cape Town a few days before lockdown headed for the Philippines. As is usually the case, one can only expect to hop between ports between fronts and gales as one advances up the east coast. He had to pull into Knysna to sit out some weather and has been stuck ever since. He has 2 crew on board who he is having to feed. We have a few other boats lined up to leave and skippers and crew ready to go. 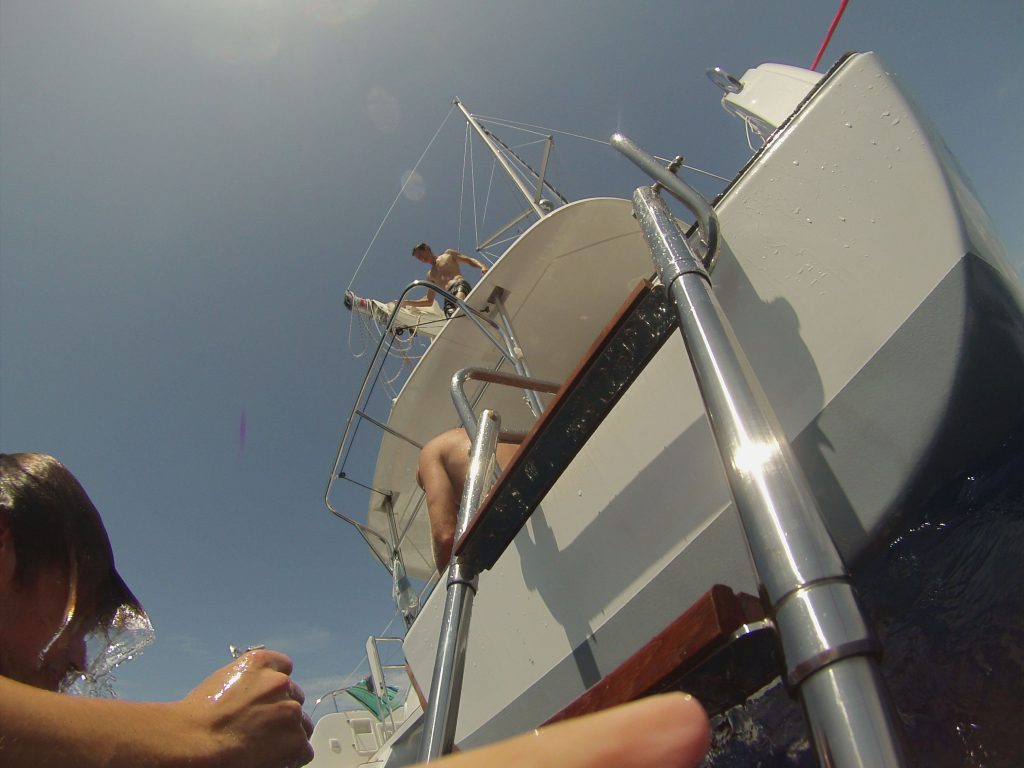 SABBEX: With lockdown now firmly in place, what does it mean for the business? Is it now all about planning for post-Corona?

International deliveries, which forms the bulk of our operations, depend on being able to follow the necessary legal channels for clearance of a boat and crew when exiting or entering a nation. Even if we could clear out we would certainly not be received well at our destination. So at the moment the deliveries themselves are at a standstill and no new revenue is coming in.  All I can do now is reply to enquiries, send quotes, and try keep abreast of changes to the restrictions of relevant borders so that we can mobilise as soon as possible. 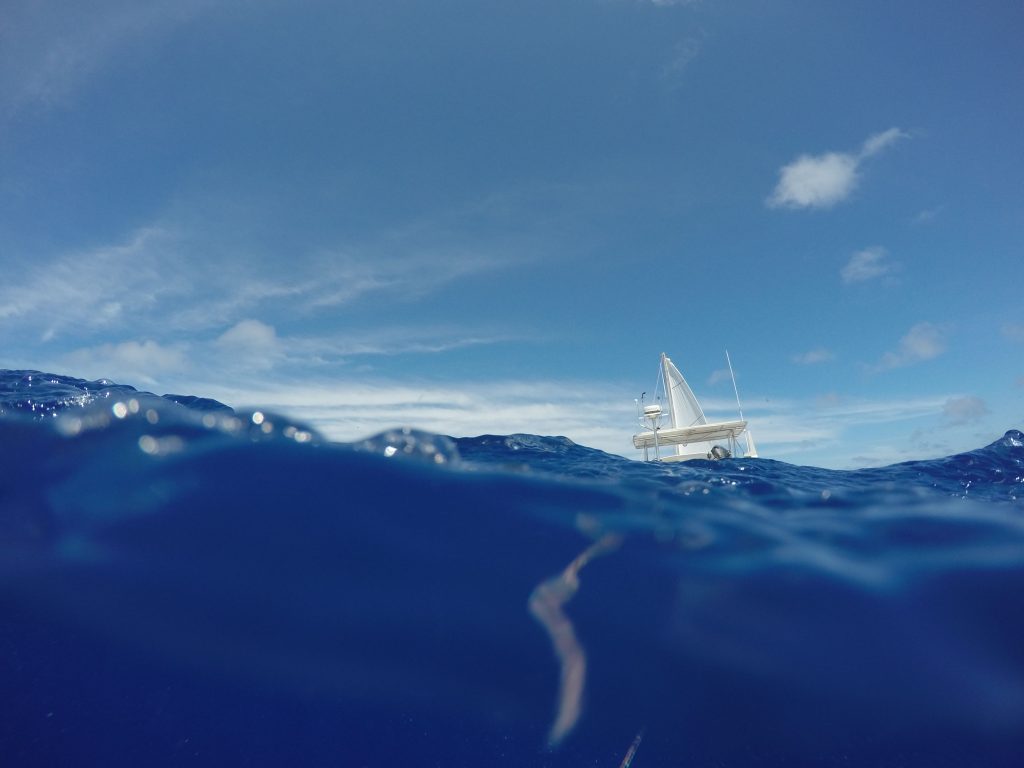 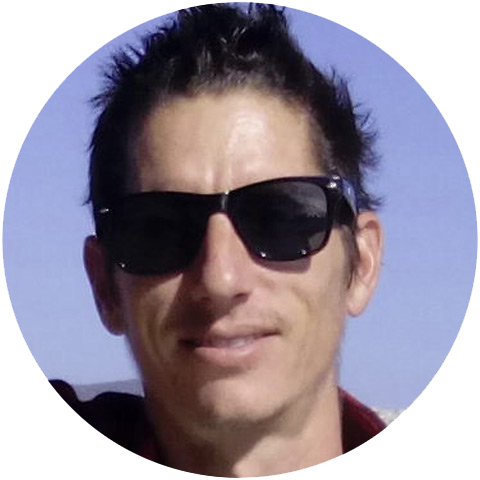 SABBEX:  What do you think the future holds? Do you think the economic fallout from coronavirus will negatively impact on sailing and boat building, or will more people seek out the relative calm (relative to infectious cities) of the ocean?

Everyone besides those involved in providing an essential service or product, and those still enjoying a full salary will be negatively impacted financially. Those would-be boat buyers may have had to tap into their boat kitty to offset loss of income or revenue, so I imagine many purchases will be delayed, while bank balances are topped up with the return to work and economic recovery. There may be more used boats appearing on the market with owners needing to liquidate their least necessary assets.  Conversely though, after enduring such heavy restrictions on personal movement, I think the urge to break free and go sailing, and the notion of cruising as the epitome of freedom, will be greater than ever before. Potential buyers who have been sitting on the fence contemplating selling up to go cruising might finally take that bold step towards realizing their blue water dreams.

SABBEX: What are your plans for Gypsy going forward? Would you like to expand further or are you essentially a SA business?

I just want to keep improving on the service we offer, and encourage more local boat  manufacturers to recognize the value in using GYD. We have been selecting new employees of the highest caliber to cater to the steady increase in delivery output we have been seeing over the past 2 years, but I still intend on keeping the business fairly small to retain its level of familiarity and accountability. We often become very good friends with our clients and I’d like to keep it that way.