If he had a beer in his hands and a bit more belly, Nick Jackson could pass as a normal oke jorling with his boat on a postcard-perfect Cape Town summer’s day.

Normal, that is, except for the boat, which is a $25-million superyacht.

Also, Jackson is not breezing about looking for bikinis with his mates off Clifton 4th: as Captain of the 53metre classic sloop Anne he is badgering away with divers and crew, trying to prepare his vessel for an extremely high net worth owner due on board in a matter of days. He is moored not in the azure waters of Nosy Komba but in the hustle and bustle of the Victoria & Alfred marina where Anne towers above the Robinson dry dock. 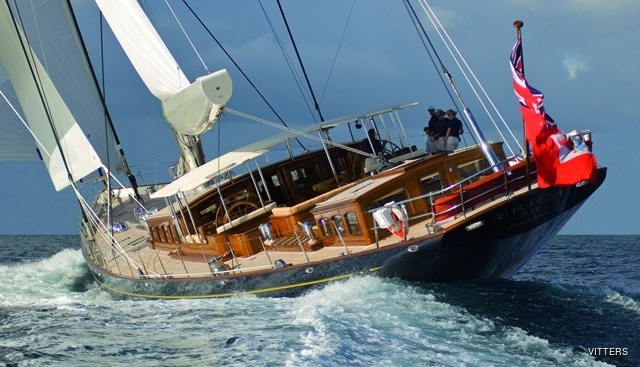 In other words Jackson, 42, is a normal oke caught up in a seriously abnormal situation — unusual even by Cape Town yachtie standards.

What makes Jackson’s current situation even more abnormal is that his luxurious superyacht has not had the easiest of times since motoring into Cape Town harbour two weeks ago. First there was the two or three metre mismatch between his gunwale and the quayside in front of the Cape Grace Hotel. Then came the 50 knot south easter and a burst of creative mooring inside the V&A marina. Nick’s laid back mien belies a truism of the boating world: superyachts are sometimes a monumental pain in the arse.

But that’s just sometimes, not today, and the south easter is a distant memory as I jump on board to get a better view of this stylish beast, all 300-odd tons of her, built by Vitters in Netherlands at their Zwartsluis shipyard with interior designs by Redman Whiteley Dixon.  Nick leads me through to a spacious outdoor saloon where I hesitate before sitting on a cushion – I’ve seen lesser furniture bubble-wrapped on vessels like this. It’s OK, says Nick; the owners haven’t arrived yet. I relax and start tossing him some questions. 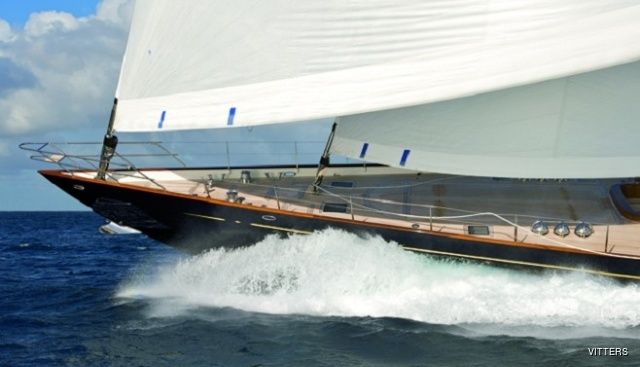 Nick has been with on the vessel for six years, which means he must have worked for Swedish billionaire Bertil Hult who sold the boat in 2018 (I’ve done my homework).  Hult is an impressive man who owes much of his $6-billion net worth to founding a language school empire that has spread across the globe. The current owner is a mystery, and I know better than to pry. Nick is quick to put me on terms in that regard, as he should, and it means I get to speculate about whose dining room I might be standing in as we move inside for an interior tour. Wood finishes everywhere, like a trip back in time to before plastic and fibreglass (except for temporary furniture coverings). Uncluttered, sensible layout, sleeps 12 guests and eight crew; feels like the inside of a Herman Melville novel, if you turn a blind eye to occasional mod-cons.  Owners’ cabin is surprisingly unostentatious.

Needless to say everything is immaculate, including the canteen where I get a firm handshake from the chef who is busy with lunch. Nick steers me left and right, here a small cupboard that turns out to be a wine cellar, there a footstool that is actually a fridge. Then it is into the engine room for some general maintenance chatter that goes way over my head. Pipes, more pipes, sparking steel, desalination machine, in class classification and top-notch yadda yadda – I feign some sort of distant understanding but quite honestly I don’t know what he is talking about.

Suffice to say Nick runs a tight ship and could probably spot a blemish at 50 yards. 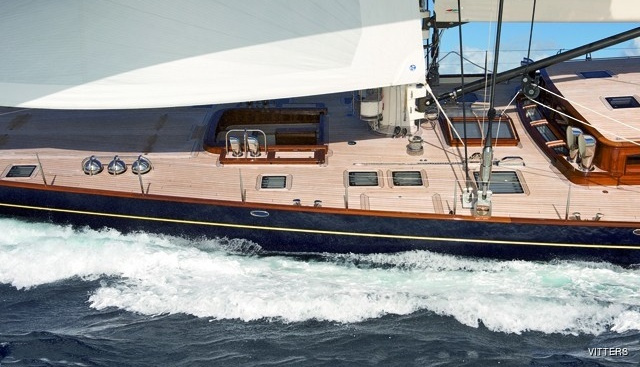 Efficiency and diligence are prominent themes of Nick’s general narrative, which explains why he is at the helm. To his mind a superyacht is not a place for fair weather sailors, nor for party animals looking for a ticket to ride. The job requires a certain amount of humility, and a lot of hard work. “A lot come in and don’t expect they will be scrubbing toilets,” chuckles Nick, who is quick to add that enthusiasm is quickly rewarded and a far more valuable asset than formal training: “You have to start at the bottom, it really is that simple. If you put the hard work in you can quickly move up. If people are enthusiastic you can teach them anything. Working with a good crew is really important – almost everything else is minor.”

The same goes for the superyacht industry in general, says Nick when asked for his views on Cape Town’s dreams of growing its share of the superyacht market. Cape Town must be prepared to do the hard yards if it wishes to compete with the likes of Palma and Miami. On the plus side the City scores well for basic service provision and top-end hospitality; on the downside there is still a long way to go in terms of a hosting the type of clientele who can afford a R5-million mainsail. “There are lots of things we can get here that are not necessarily superyacht orientated, simple things like laundry services and provisioning. And the food here is amazing. This Waterfront area – bars and restaurants…and look at this!” He points to Table Mountain. “Pretty cool.”

Not so cool is the general bias towards commercial shipping, with pilotage and general administration more geared for tankers, bulk carriers and such like. Superyacht-specific hospitality services, with a one-stop-shop approach for visiting billionaires who may want a winelands tour or quick submarine ride to Robben Island — and be willing to pay handsomely for it — would also be a useful investment. 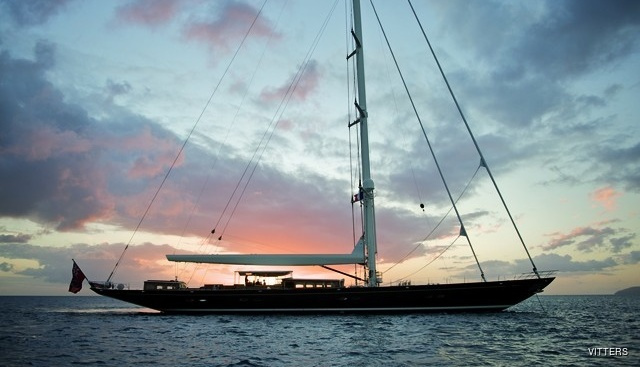 What Cape Town lacks as a cruising destination, surrounded by relatively stormy seas, it needs to make up with excellent service, explains Nick. Get that right he says and there could be a queue of owners willing to berth their floating palaces in the Mother City for refits and repairs while they sample the local delights.

And what of his own job, floating around the world indefinitely? Is it the dream job everybody imagines it to be?  Yes and no, concludes Nick, who is not one for sugar-coating. “The salary is good, but you don’t do a job like this solely for the salary.”

“The challenge of the job is rewarding when it works. When I bring a boat like this in here I feel proud, and when I’m walking and I see the boat in the distance, I think Wow this is amazing.”

You need to love your boat, in other words, AND your crew, and preferably the open ocean too.

Expect to work long hours too, and to work under pressure. It’s a 24/7 gig for months on end, with not as much time as you’d think to shop for wire Baobabs at Greenmarket square.