“This will be a helleva year for us.”

So says Kinetic yard manager and co-owner Leon Scheepers who has kicked off 2020 with another boatbuilding milestone – infusion of the first Kinetic 54 under his watch.  The new management team started building tooling in August last year and aren’t wasting time in the new year. “By the end of the year I want to have three boats on the floor,” Scheepers told SABBEX, adding that the production cycle for each boat was around 18 months. 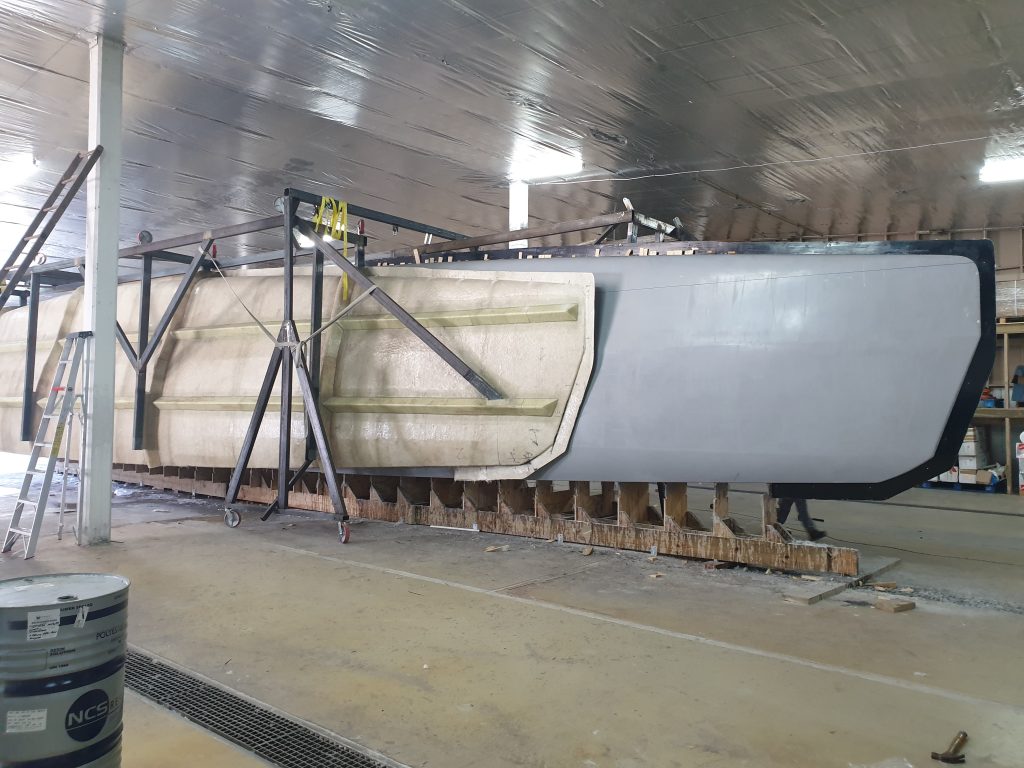 Currently the team has a 62ft and a 54ft on the floor. Said Scheepers: “The 62 is scheduled to go out probably in July, and the 54 early next year.”

The new company, launched at last year’s Annapolis Boat show, is a joint venture between Scheepers and American partner Bob Hayward who acquired the assets of Harvey Yachts, including the moulds of their flagship 62ft  model. The pair intends enlarging their global footprint on the back of a successful marketing drive aimed largely at the US market.

Scheepers said he and Hayward hoped to build on their quality brand: “We’re spending a lot of money on marketing. We’ve already good a good image out there, and if we continue like we are I am pretty sure we will sell a boat by the Miami show. I’d like to think that by Annapolis (2020) we will have a full order book.” 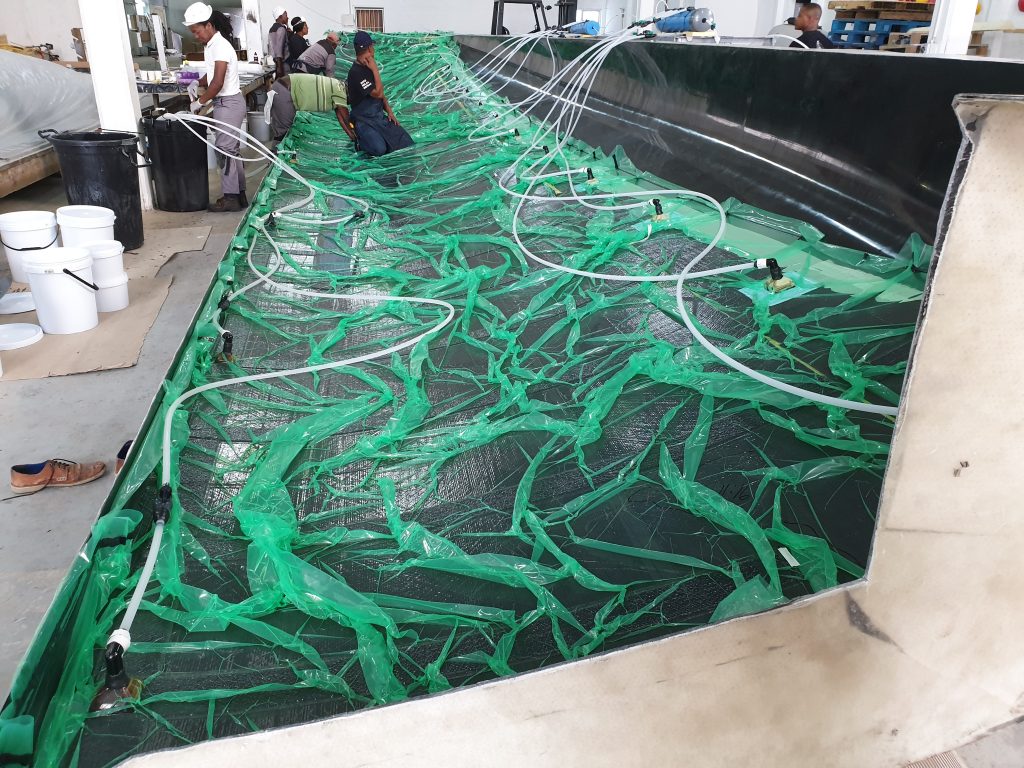 Scheepers was less up-beat about the current electricity supply problems, which he described as “a major f-up” requiring back-up generators.  “It affects us very badly,” he fumed. “We have a lot of machinery here, a helleva big compressor, and a million rand on the mould,” he explained.

Looking ahead Scheepers said he believed the smaller models would prove more popular than bigger ones, as per current market trends.

In a recent interview with Seahorse Magazine Hayward said he was eager to build the company into a prominent global player: “I can see a real opportunity and am giving the yard the capital backing to be world class. We’re competitive on pricing and I’m confident we’ll have a good order book. If you see a pathway to success in a sport and pastime you love, why not?” Harvey said.

2020-02-06
Previous Post: ALL ABOARD FOR MIAMI
Next Post: HERE HE GOES AGAIN! SA PADDLER TO TACKLE THE ATLANTIC IN A CUSTOM KAYAK