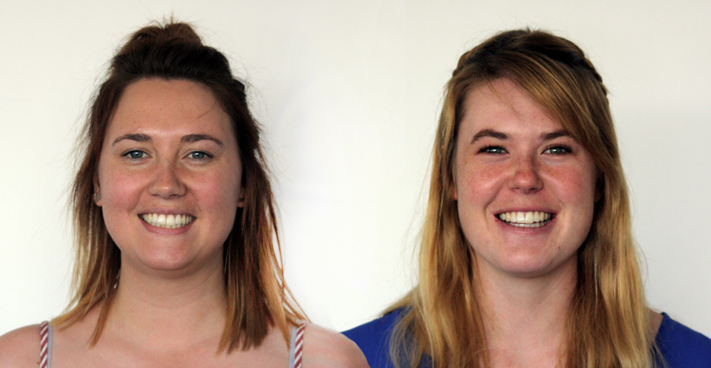 Two new faces, an aeronautical engineer and an interior designer, have joined Du Toit Yacht Design as from the beginning of November.

The influx of fresh talent looks set to consolidate the firm’s reputation as the country’s top naval architecture team, and follows news of the company’s latest collaboration – the new Balance 482 with Two Oceans Marine Manufacturing and Balance Catamarans.

The two new appointees are Sam Krenski, who has a keen interest in structural yacht design, and Kristy Venter, who is likely to focus more on yacht interiors.

Krenski completed an Aeronautical Engineering degree at Wits University where she “diverged from aircraft and rockets to devote her final design project to multi-hull wake theory,” DTYD said in a post on their website. “From the whistle of air around supersonic jets to the utterly complex, dynamic mess of air and water around the flying hulls of America’s Cup, Sam has always been fascinated by movement,” DTYD said.

Venter studied Interior Design at Nelson Mandela University and included a yacht as a secondary design space as part of her final year design proposal project. “Upon completing her degree, Kristy pursued a career in teaching for almost two years before starting yacht design for DTYD at the beginning of November 2019,” the company said in their post. “Kristy is passionate about design and loves challenges in which she can express her creativity,” DTYD said.

DTYD has a team of seven designers and has completed over 120 projects since 2001, including over 30 complete custom and production catamarans.

Company marketing head Kirsten Veenstra described DTYD as South Africa’s premier naval architecture firm: “I think that Anton must be South Africa’s busiest yacht designer – they have a mass of incredible work, and what is certainly true is that DTYD has produced more custom catamaran metres and tonnage than any other yacht designer in the southern hemisphere,” Veenstra said.

2019-12-05
Previous Post: HOW DOES SHE DO IT? LIZ PLOTZ REVEALS HOW TO SCOOP A TOP MARKETING AWARD… AND HOW BEST TO SNEAK UP ON A BASS
Next Post: Vanessa Davidson elected Chair of IMCI