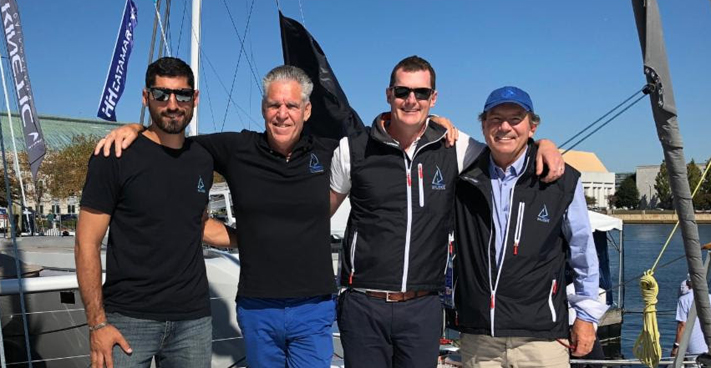 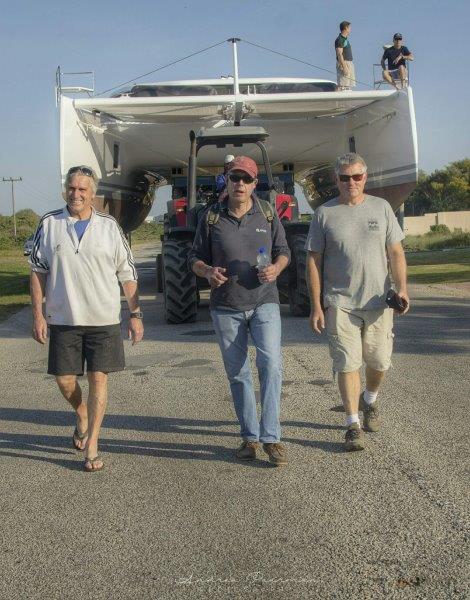 Phil Berman seldom does anything half-mast. The high-octane President of Balance Catamarans has charged into South Africa’s leisure boating industry like Duane Vermeulen off the back of the Springbok scrum.

As of last month Balance has built seven hulls in the Nexus yard in Cape St Francis, with another two under construction and a further two sold. Hull #7, ‘Vingilote’, with a striking full-hull wrap, was launched on October 26 amidst a flurry of social media posts.

Berman has also confirmed the sale of the first four hulls of the new Balance 482 model following the birth of a new joint venture with Mark Delany and Two Oceans Marine. Tooling for the 482 has already commenced at the Two Oceans Cape Town yard. “With over 20 catamarans built and sailing the world, and another seven on order, Balance Catamarans has proven that we hit the mark with our design, build quality, and the unique features that make us special,” the company said in its latest press release.

What might come as a surprise to some is that Berman, in addition to driving up boat sales in South Africa, is the author of a New York Times best-selling book. The Harvard-educated polymath – he studied philosophy – has written several books including the widely-acclaimed Reason For Hope which he co-authored with world famous English primatologist Dr Jane Goodall.

A recurring theme in several of Berman’s books is the nature of beliefs and values, a subject close to Berman’s heart and one he considers vital to his business success: “People used to ask me how I would make a living studying philosophy  and religion,” Berman told SABBEX at the start of his current visit to Cape Town. “I would always say, don’t you think you should figure out how to live before you figure out how to make a living?  That was vital to my success. I approached relationships with people with a lot of trust, and I want to be trustworthy. I don’t want to let people down. Ethical business is to me the core.”

Berman also believes the skills he acquired both while studying and marketing his books have benefited his business career: “I learned a lot about how to write well and how to think clearly, and also a lot about marketing and promotions – TV shows and public speaking – that comes naturally to me. I think that has helped me a great deal in the boatbuilding business.” 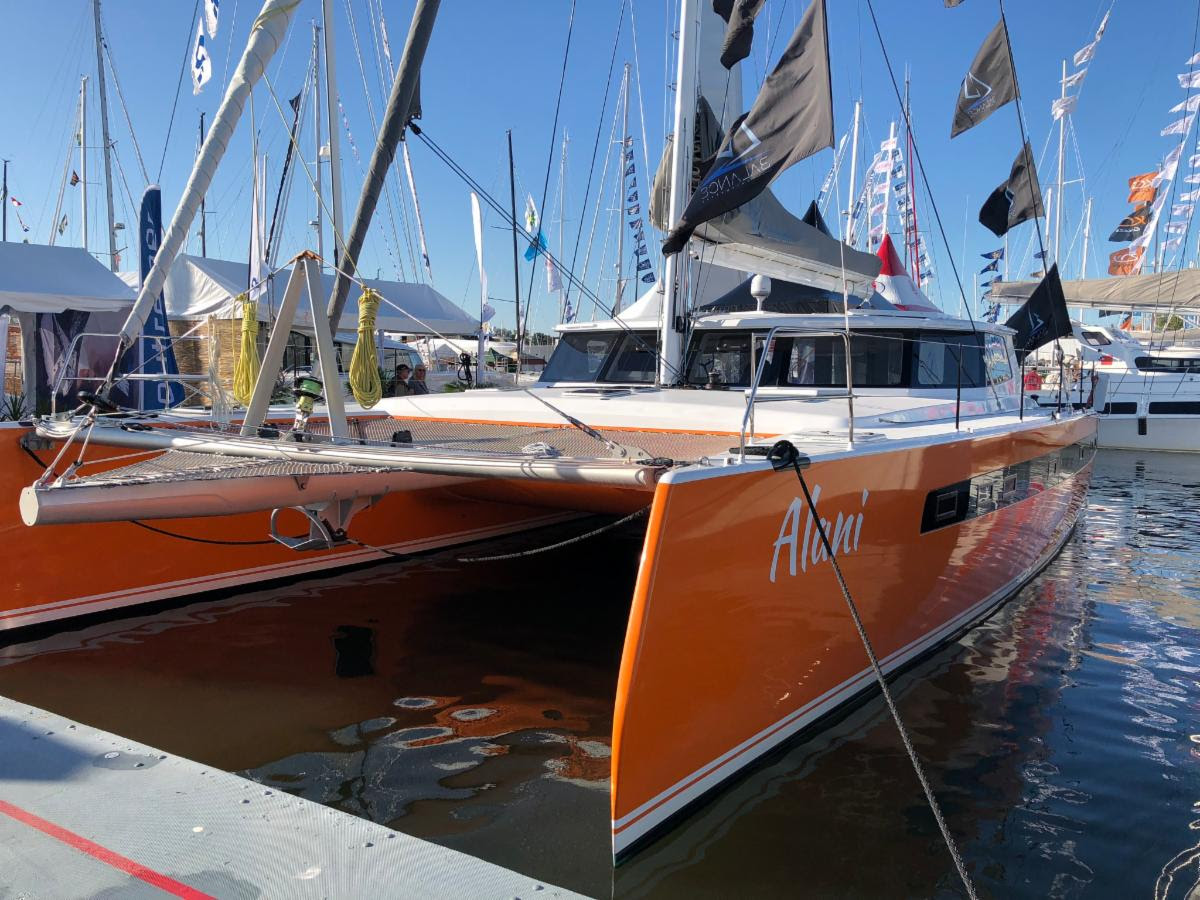 Ultimately the sedentary writing life was not adventurous enough for Berman, a former hobie cat world champion sailor, and he returned to his great love: boats and the Great Outdoors. Said Berman: “Many people ask, why did you stop writing books? The reason was that I was sitting by myself all day, lonely. I like people and I love travel. As a writer you lead a very solitary life, and a sedentary one. Those two things are really not well suited to my personality.” 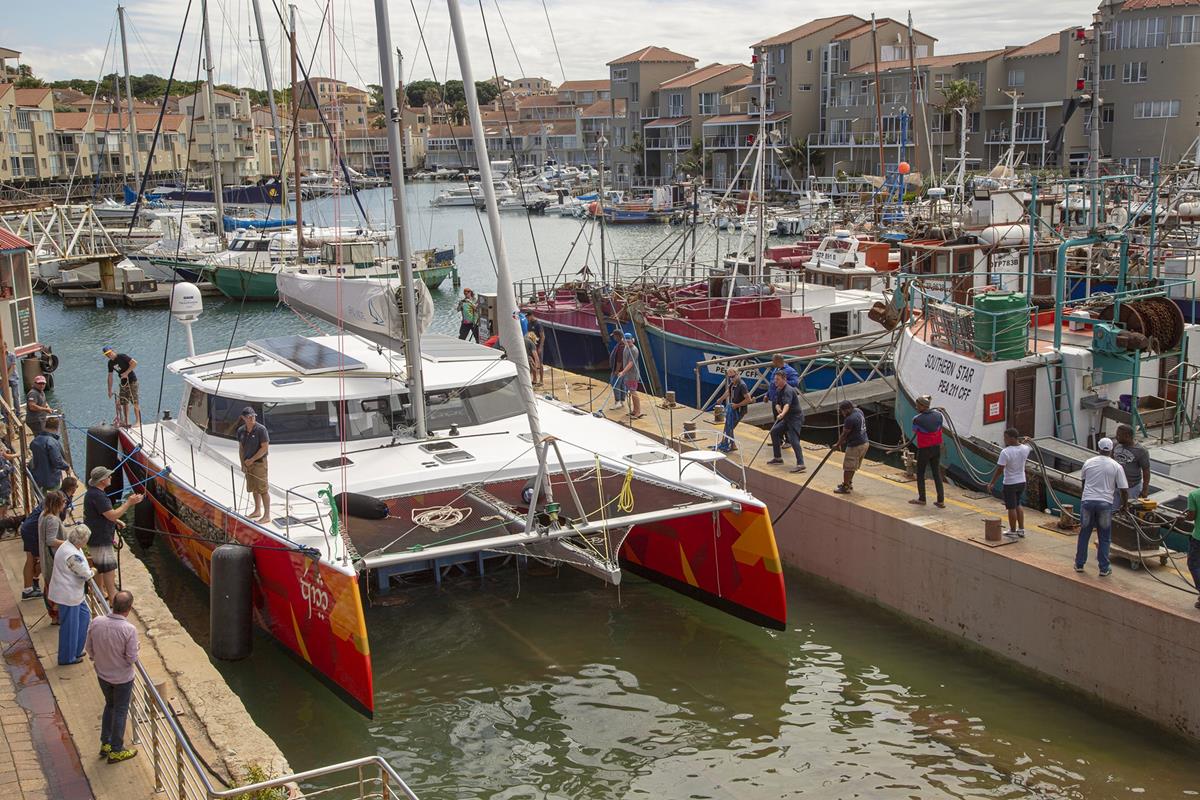 Regarding the growth of Balance Catamarans Berman said the success of his South African ventures was largely due to successful partnerships with the Paarmans (Nexus), Anton du Toit, and Mark Delany. He said his well-established US brokerage, the Multihull Company, was also key in that it provided valuable access to market. “I always felt I had a strong pulse on the market, on what people are looking for and where we could design boats that would find a niche in the market,” Berman explains. “When you start out you always have doubts but I did feel confident that if I got the right people together we would be successful.”

“At the same time I really don’t see how we would have had the success if I didn’t also have the other company, the brokerage business, because that had the marketing resources globally. It is much easier for us to brand a product and reach the market cost-effectively — that is a big, big part of it.”

“The first three Balance 52s were all bought by customers of my other company. I think that all the people who bought our early boats knew who I was and they trusted me. Without trust it is really difficult to get a boat company off the ground,” Berman said.