Brand SA comes up trumps in the USA 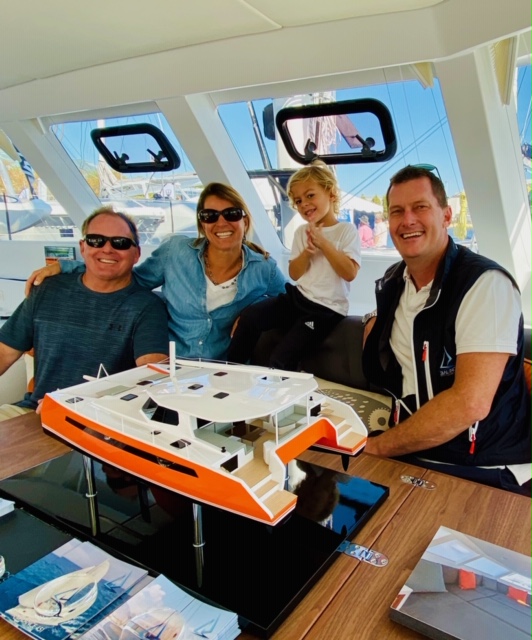 My first port of call when I arrived at Dulles Airport, Washington, was the South African Embassy on Massachusetts Drive. They have a beautiful Mandela statue at the outside entrance. A South African embassy anywhere in the world should remind you of home, so obviously when I walked in I was greeted by a lady and the first thing she said to me was ‘Molo Bhuti. It was great to be ‘home away from home’. Not more than an hour later I made my way by train to Annapolis Maryland.

To call the Annapolis Sail Boat Show anything but ‘Out of this World’ would be an injustice. Multihulls and monohulls side by side. When I tell you that our South African-built multihulls stand head and shoulders with any boat in the world, I am not exaggerating. South African-built catamarans are a blue chip commodity, and the sailing world of the USA fully recognises that. Agents agree, yachting magazine editors are all clamouring to do an industry report on South African boatbuilding, and everyone seems to think our story is something of a fairytale. Here is an African country, right on the wrong side of north, busy belting out some of the best multihulls the world has ever seen. Not so long ago this same country was on the brink of a civil war. Not so long ago this same country had the greatest statesman the world has ever seen, behind bars!  This same country that is tethering on financial ruin and corruption chocking its industry and government parastatals; this same country is number two in the world in catamaran manufacturing.

I had so many visitors at my Sabbex stand. The South African Embassy had given me marketing material to hand out on the five days of the show; it was a box of 23 magazines and they were finished in two days.

I think it’s no longer a question of whether we build  the best catamarans in the world; the question should be how many people do not know that fact , and what are we doing to make sure that they do.

Note from the editor: SA exhibitors notched up several orders at this year’s Annapolis show, including orders for two Balance 526 cats (Balance / Nexus).

Mark Delany, who attended on behalf of Balance Catamarans Cape Town, said:  “We felt that the show was a great success. There was a substantial interest in the new product we launched to the market as well as the existing models in the Balance range. It was great to have a number of South African boat builders there showcasing the vessels we manufacture in South Africa, and also to have Lindani Mchunu representing Sabbex. All in all, a great show for the SA boatbuilders who were there.”