OUT OF THE CLOSET: NEW YARD KINETIC CATAMARANS LOOKS TO MAKE INROADS INTO THE GLOBAL HIGH PERFORMANCE CAT MARKET 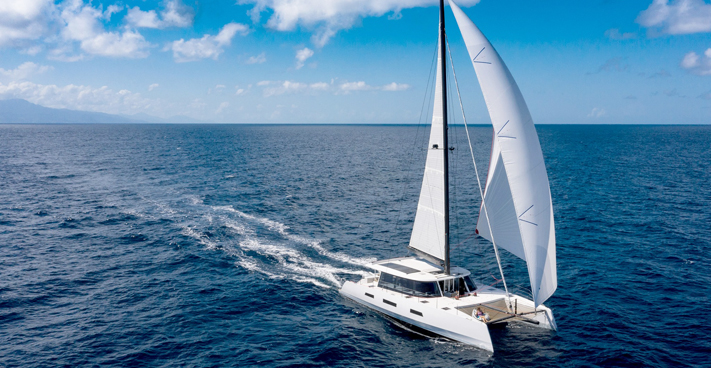 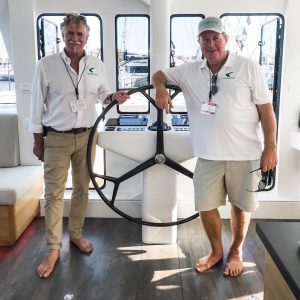 Finally. The waiting is over for Knysna builder Leon Scheepers who can officially confirm the launch of South Africa’s latest high performance catamaran builder, Kinetic.

The new company, launched last month at the Annapolis Boat show, is a joint venture between Scheepers and American partner Bob Hayward who acquired the assets of Harvey Yachts, including the moulds of their flagship 62ft  model. The pair intend enlarging their global footprint on the back of a successful marketing drive aimed largely at the US market.  The plan is to ramp up production to three full carbon/epoxy infused  semi-custom boats per year, Scheepers told SABBEX. The range is set to expand with the tooling now complete for a new 54ft model.

Scheepers said the new company stemmed from a successful build project last year, when Hayward took delivery of a Harvey custom 60. “Phil (Harvey) wanted to make that his last boat. I spoke to Bob and said we want to keep on going. He spoke to Phil, and Bob and I negotiated,” said Scheepers, the former Havey Yachts factory manager. “We came up with a deal where we basically took over all the assets – intellectual property as well – of Harvey Yachts, and started a new company.”

“For me it was pretty seamless having been the factory manager for two years. I have now taken on a lot more responsibility,” Scheepers said. 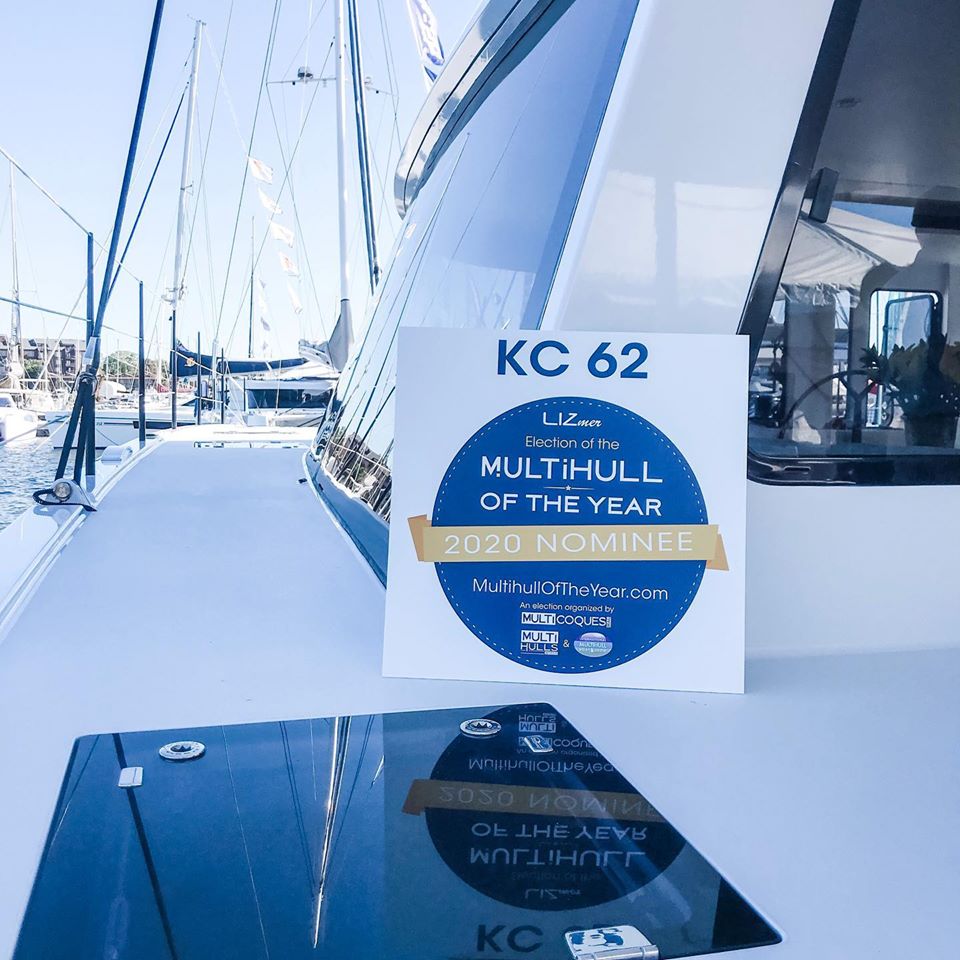 Hayward, a keen sailor and successful American film studio co-founder, is eager to build the company into a prominent global player. He talked to Seahorse Magazine about how the deal came about with Harvey Yachts: “‘I was having a custom 60ft carbon catamaran built by Phil Harvey when he told me he wanted to make ours his last boat,’ Hayward said in the interview. ‘I can see a real opportunity and am giving the yard the capital backing to be world class. We’re competitive on pricing and I’m confident we’ll have a good order book. If you see a pathway to success in a sport and pastime you love, why not?’

Scheepers said South African brands were particularly strong in the leisure catamaran market. “We build strong boats, it is recognised – people know that our ocean is not so friendly,” he said, adding that the industry had also matured and benefited from stalwarts such as Robertson and Caine. “R&C have been out there building charter boats for more than 20 years. Any yachtie knows this is a South African boat.  Other builders like St Francis Marine have meant a lot to the local industry, adding credibility to SA brands. People also know that the DNA of Gunboat (initially built by Phil Harvey) comes from South Africa,” Scheepers said.

Future plans? To build on the positive momentum of the Annapolis show where an estimated 5000 people visited Kinetic over the weekend, said Scheepers: “The USA side of the company, Kinetic USA, have full marketing rights for our boats, and at the moment we are concentrating on the US market,” Scheepers said.

“I really like to think we got out there with a bang and people now know about us,” he said. 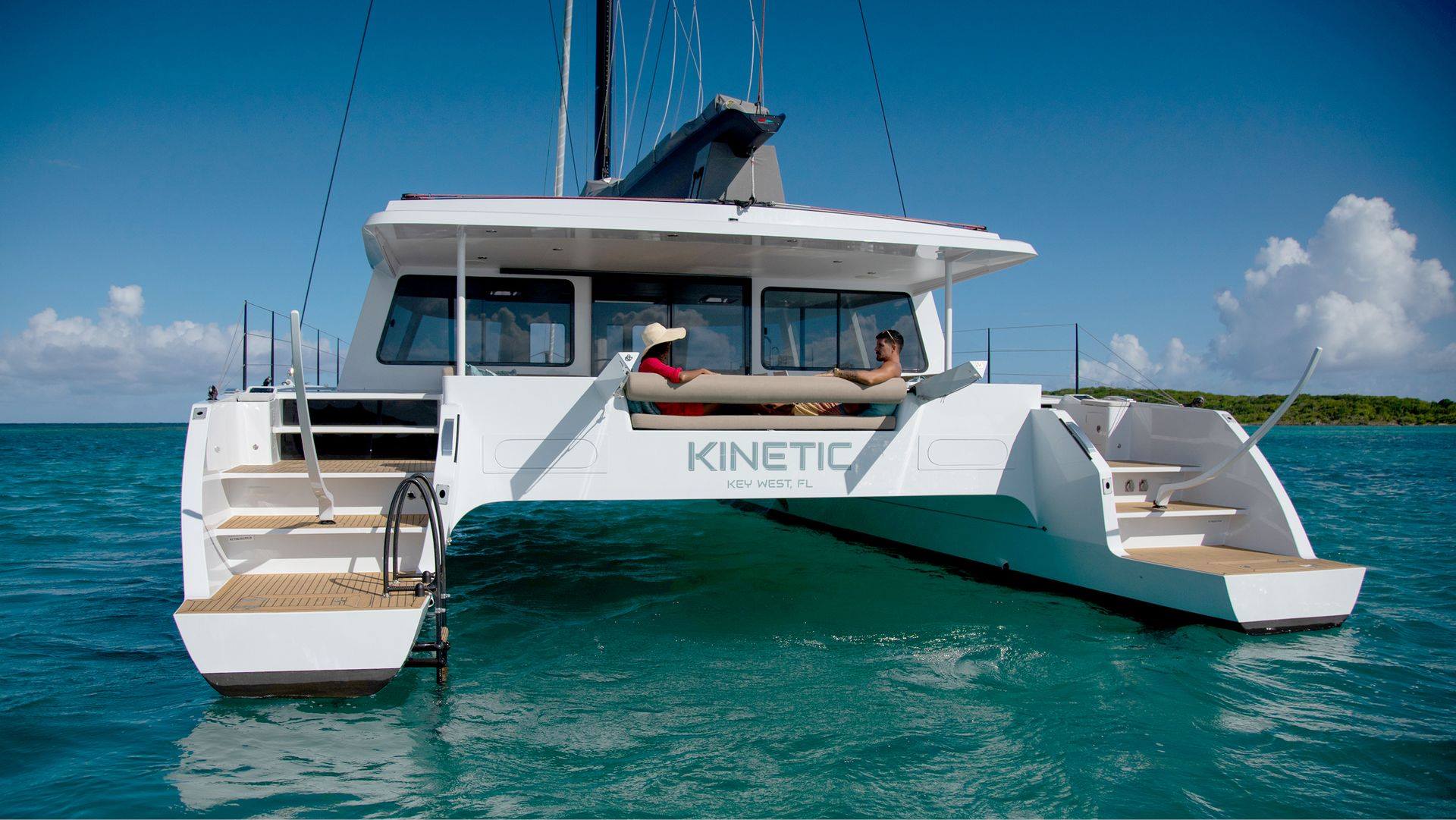