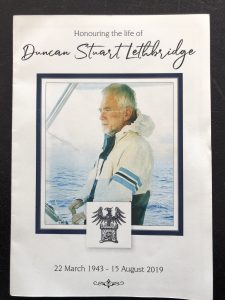 South African boating industry stalwarts have paid tribute to Duncan Lethbridge as a boatbuilding legend, adventurer, and all-round good guy who will be sorely missed by those who loved and knew him.

The 76-year-old founder of St Francis Marine (later St Francis Catamarans) recently won an industry lifetime achievement award, and retired from the business at the beginning of the year. He was an acclaimed sailor and hobie cat champion who is remembered as much for his business success as his longtime love affair with St Francis Bay, where he lived and raised his family with his wife Cathy. 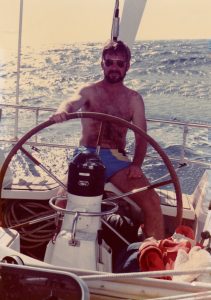 Lethbridge first moved to the Eastern Cape from KwaZulu-Natal to work for his father in property development during the boom days of St Francis Bay. He established himself as a local builder, gaining valuable skills that later proved useful in his boatyard.

Lethbridge’s first ever build project was for himself, a passion project intended as a springboard for a world cruising adventure.  His interest in boats led him into a business partnership with renowned naval architect Angelo Lavranos, who sold Lethbridge his initial custom 43-ft catamaran design.  This boat was the genesis of the St Francis Marine story, with the range gradually expanding over the years with bigger boats.

Lethbridge and the Paarman family of Nexus Yachts are credited with creating a global centre of boatbuilding excellence that helped establish South Africa’s international brand. 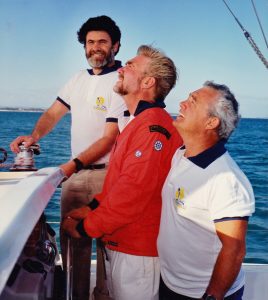 Lavranos was among the first to pay tribute to his longtime business associate: “Duncan was a deeply reasonable, energetic and practical man who cared about producing excellent boats, looking after his people and his clients, and also sailed his boats extensively. Our association goes back 33 years and it has been wonderful. A fine man and inspiration to many,”  Lavranos said. 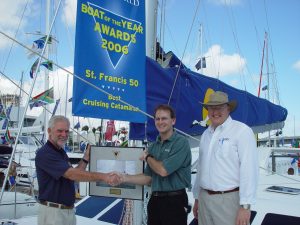 Veteran broker Rob Sharp of Abromowitz and Sharp said he had enjoyed working with Lethbridge for over 30 years, from 1988 when Lethbridge had been his first OEM client:  “He was a true gentleman through and through and an absolute pleasure doing business with him,” Sharp said. “I would go on yard visits from CT and see Duncan and Cathy and for many years see them at the Boat Shows and on his early trips to Cape Town picking up the orders in his own 4×4! The yard grew as the years went on and he defaulted to regular courier services! He will be sorely missed in the yard even though he had recently retired I am sure he would have continued to visit the yard to see the progress of the various builds,” Sharp said.

Rob Brennan, who took over from Lethbridge at the helm of St Francis Marine earlier this year, said it was a ‘great personal honour’ to continue and build on Lethbridge’s legacy.  Said Brennan: “Duncan was firstly a gentleman, a legend and a pioneer and his passing is a great loss not only to St Francis Marine, the South Africa Marine industry but to South Africa as a whole,” Brennan told guests at Lethbridge’s funeral last month. “I will always remember our daily technical discussions and tours of the factory. Duncan was very excited by all the new technical developments in boat building and was always looking for new ways and materials to build a better catamaran.” 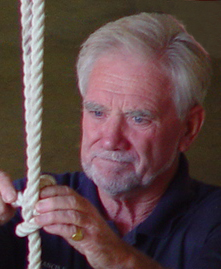 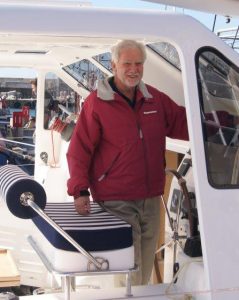 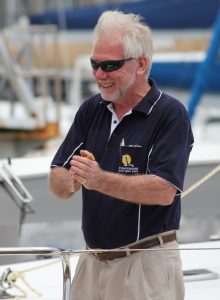 “He will be sorely missed by all who knew him,” Brennan said.