War veteran vessel gets a hero’s welcome in Cape Town 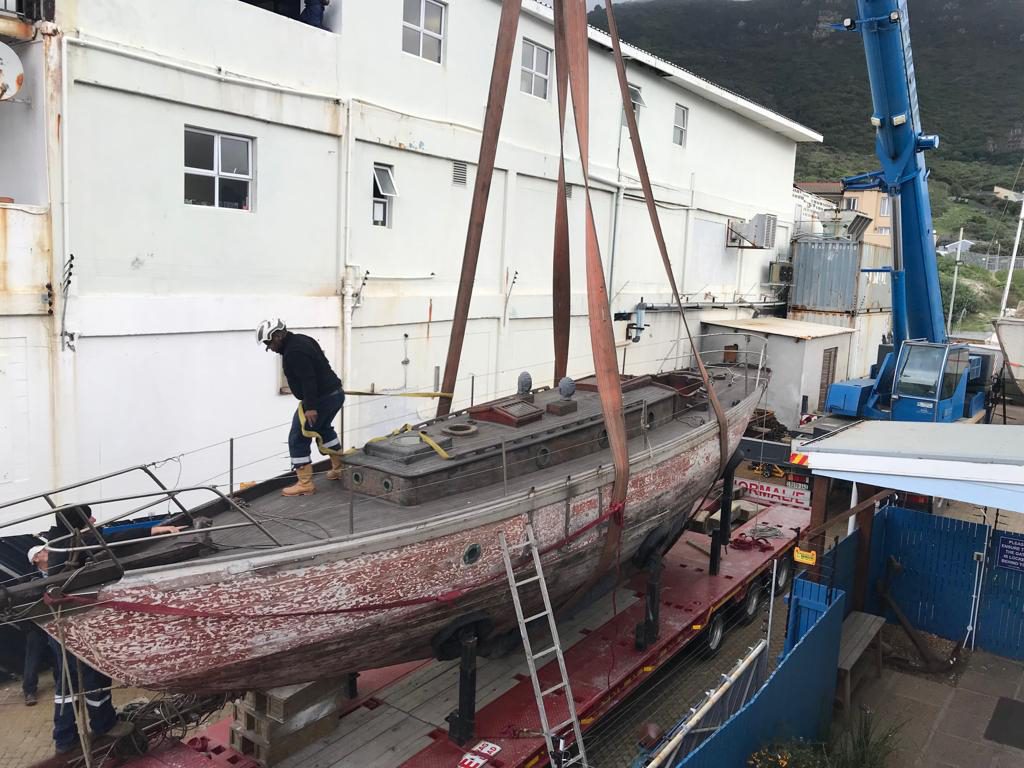 A 106-year-old yacht believed to have taken part in the Dunkirk evacuation, the famous rescue of Allied troops during the Second World War, has herself been rescued by two local sailors and is being restored in Hout Bay.

The Camper and Nicholson 38 Yawl, built in Portsmouth in 1913 and dubbed ‘The Brat of Dunkirk’, was sitting derelict in Port Elizabeth until recently when she caught the attention of Associated Rigging boss Warren Fraser, who is now a new co-owner together with SABBEX chairman Bruce Tedder. Fraser has since researched The Brat’s history, including her likely link to Dunkirk, when the British military commandeered every available civilian vessel to help evacuate Allied soldiers who were stranded on the beach at Dunkirk in northern France. Over 300 000 French and British soldiers were rescued from approaching Nazi divisions.

Fraser told SABBEX the boat first arrived in South Africa in 1968 – what she did before that is still unclear – when she was one of the first boats of her kind. She had a refit and then, at some point in the 1980s, sailed up to Port Elizabeth, never to return until the other day on a truck, from whence she was delivered to her current resting place outside the Hout Bay Yacht Club. Explained Fraser: “A chap was trying to rebuild her in PE, for she had become very unloved. That’s when I got involved,” he said.

“A client got hold of me and said, Warren, the boat is too much to handle – she deserves better. What can you do? ”

Fraser said he couldn’t believe his eyes: “I said, hang on, this is a barn find. You will never get another opportunity like this or find another one. Ever.” 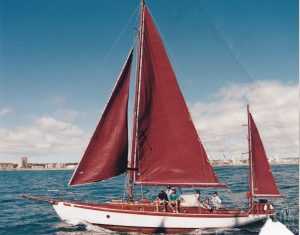 When Tedder heard about the project he was equally effusive, and helped put together the plan to buy The Brat and get her back to Hout Bay. This they have now done, partly thanks to Hout Bay Yacht Club which has donated a free berth ‘on the hard’ outside the Club at Hout Bay harbour. The idea is to use the boat as the centrepiece of a boatbuilding skills development project for Hout Bay’s underprivileged areas, which may serve as a catalyst for boatbuilding generally in the Hout Bay area.  Said Tedder: “Warren and I are trying to do it as a collaborative effort with the industry and also importantly for Hout Bay because they have embraced it as a project. The plan is to interact with the skills that are already there (in Hout Bay) and use Brat as the first project. We want to save this thing and save the skills with a worthwhile project,” Tedder said.

In the meantime The Brat is turning heads in her new home at the harbour. Said Fraser: “Everybody who saw the boat when we were bringing her in literally stopped their cars and took out their cell phone to take pictures.”