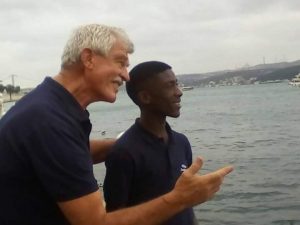 A fairytale maritime mentoring programme, which catapults underprivileged South Africans into the heart of Europe’s superyacht industry, has spilled over into Cape Town’s boatbuilding and related sectors where youngsters are gaining valuable exposure to careers in several prominent companies. 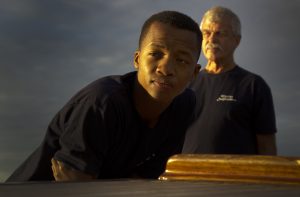 Now Cape Town companies are coming to the party too, offering high school students opportunities in local yards and lofts to give the youngsters a taste of what lies in store. Damen, North Sails, Veecraft, KwakaLQ and Nautic Africa are among those who recently offered job shadow opportunities as the local industry tackles the manufacturing skills shortage head-on.  “It’s the first time that we’ve had hosts offering more opportunities than I’ve been able to fill,” says Debbie Owen, indomitable head of Lawhill. “The industry seems very interested in and supportive of our students.” 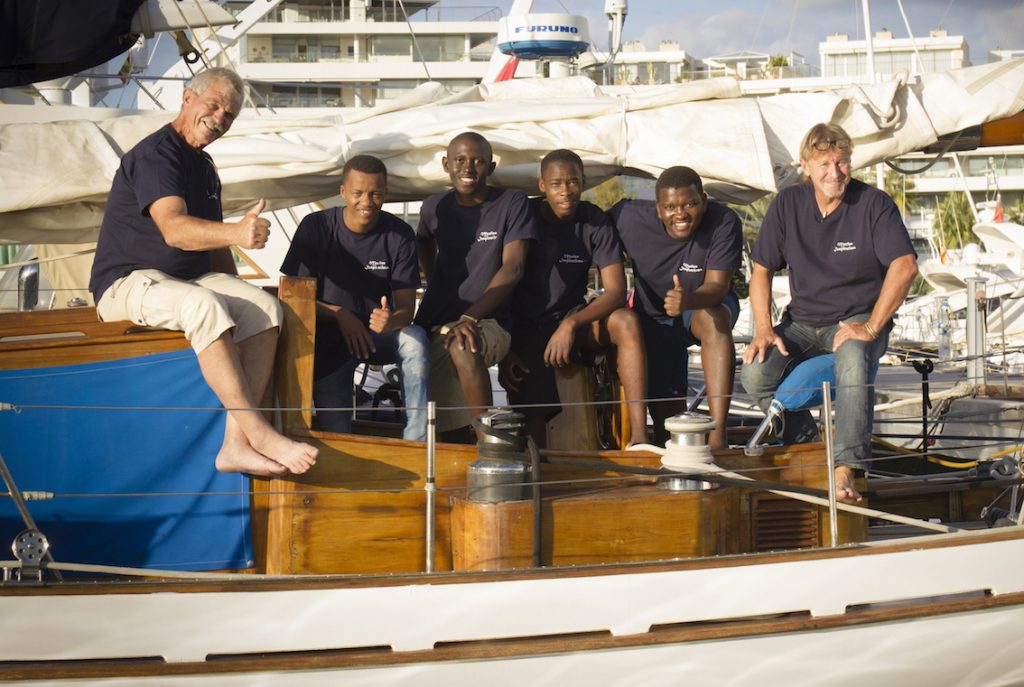 The local job shadow drive forms part of a compulsory Life Orientation school project for Grade 11s but Owen believes the growing interest from the boat and ship building sector is largely thanks to enormous success of the Marine Inspirations programme, which has captured the imaginations of many boating enthusiasts, including some wealthy boat owners who donate time and money to helping the South Africans – and even sponsor tickets. Lawhill is now encouraging more South African companies to play their part, particularly in light of government’s job creation drive. 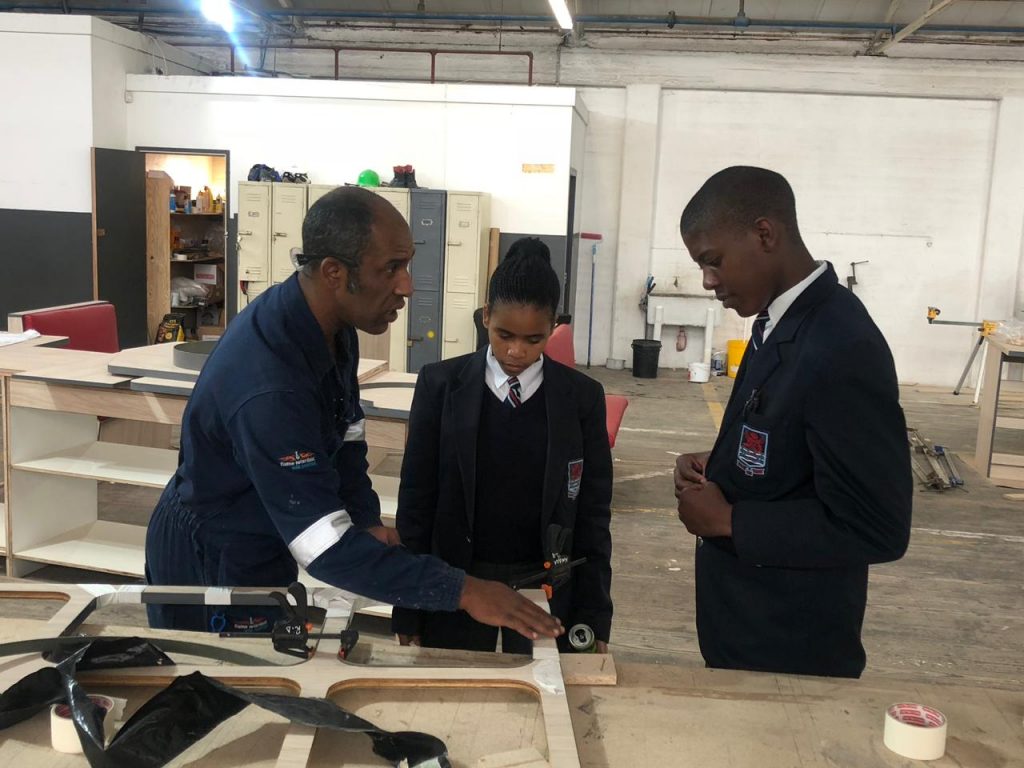 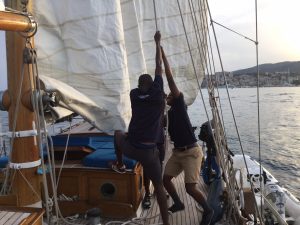 Wade says the superyacht industry, in particular, is an incubator of young talent: “There’s huge potential for employment on these yachts – it is not getting less,” he enthuses. “Whenever we take these kids to Spain, they are our best ambassadors – they are so different to privileged kids. It is just amazing to see these people.”

By all accounts Wade is fairly amazing to see too, not least when he and his wife open their home to the students, cooking feasts and taking them on unexpected excursions.  A diary note from Wade posted on the Lawhill website describes one such outing during the most recent trip: “We ended up with a total of about 35 people for Sunday afternoon where we roasted a goat on the fire and suckling pig in the wood fired oven. Great success!”

Wade says the annual programme is now so busy that he has been advised not to try and keep up – although one suspects he might still try: “I must step back, I must slow down,” he says, smiling. He will however continue to be involved with work shadows and general networking. 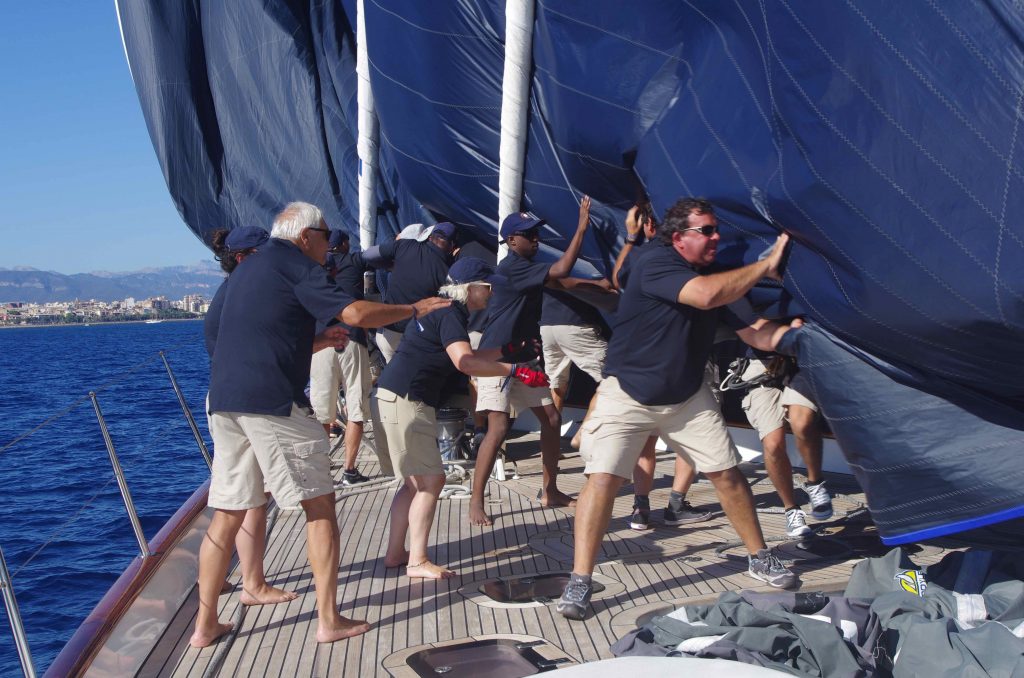 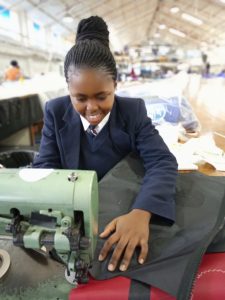 Geoff Meek from North Sails says job shadow experience, though brief, can be a formative experience: “Every year we take about five and they go through the whole loft. They see exactly how a sail gets designed. A sail comes alive for them.”

Owen says the transformative effect of the Lawhill maritime studies programme and Marine Inspirations on many students’ lives is a glimpse of South Africa’s true potential if only everybody could be granted similar opportunities:  “I am really so grateful to the industry for giving young people these opportunities,” she concludes.