Catamaran specialists St Francis Marine look set for a shake up under the helm of new managing director Rob Brennan, who plans to increase production and introduce a new power cat model.

Brennan told SABBEX he had already begun affecting operational changes at the Cape St Francis yard, starting with performance appraisals and a focus on quality workmanship. “Motivation is very good at the moment. The standard of workmanship was good, but it is now better,” said Brennan, adding that he has a failsafe method of quality assuring a boat coming out of his yard: “I ask myself would I be prepared to write out a cheque for $1,2-million. That is the standard you have to set.” 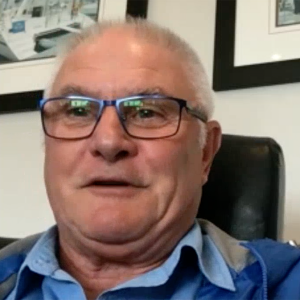 The Portsmouth-born new MD has a quality assurance background with which to build on the Lethbridge legacy. He emigrated to South Africa in 1971 and first worked as quality assurance coordinator for all South African suppliers to the Ford Motor company. He later moved to the Western Cape to join Atlantis Diesel Engines, before working at R&C between 1999 and 2014. He then became an independent surveyor, first based in the BVI and then travelling extensively. A work trip to Cape St Francis ultimately led to contact with Lethbridge and his team: “Duncan and (wife) Cathy came and said they were looking for someone to take over the business. That was last year October (at the Cape Town International Boat Show).I agreed I would go.”

Having taken over the reins Brennan now believes St Francis Marine can punch above its weight in the luxury catamaran market, largely by focusing on quality. Said Brennan: “My philosophy is that I don’t actually want to compete with anybody – they must compete with me. That is the way I look at life. We are building the next catamaran to be 100% perfect. From there I can bring in my upgrades to give customers what they want.”

If all goes according to plan the company will produce around eight boats a year, up from the current four or five. Two boats are currently in production. Model upgrades will be informed by a client survey and feedback – to identify gaps and possible improvements. Brennan also plans to expand the current broker network and said he was currently negotiating with candidates in New Zealand and Australia, with a view to also exploring the Mediterranean market.

Another major goal is bringing in a brand new catamaran model and possibly also a power boat, to be set up as two separate production lines.  The yard would be renovated accordingly, with a moulding shop at one end and space for two more bays. Said Brennan: “At the moment we don’t know what it will look like.”

Like his neighbours Nexus Yachts, Brennan also intends taking advantage of his spectacular location and says all would-be-owners have an open invitation to visit the yard. “This is a beautiful place. We have a policy that if a client wants to come to the factory, they come. If they sign for a boat then we will pay for everything.”

“One owner came from Cape Town and stopped at every micro-brewery along the way. It took him four or five days to get down here,” Brennan chuckled.