For starters he is from Zimbabwe. White dad and black mom. Travelled the world but married his high-school sweetheart. Almost certainly the first ever dreadlocked general committee member of the Royal Cape Yacht Club.

Little wonder he looks a little bemused by it all, leaning into his life story over a cappuccino at the RCYC galley restaurant.

But scratch the surface of Heywood’s light-hearted demeanour and you quickly find a more serious persona, one well-suited to the challenges of his new role as SABBEX board member. Who better to marry diverse viewpoints than somebody who has straddled two worlds all of his life.

At least that’s the plan.

However Joe is not the quick to point out the huge challenge that lies ahead not only in the maritime sector but in society at large. “People are just not seeing each other,” he says. “I  am hoping that with some fresh eyes and new perspectives that we can effectively challenge the structures more formally to improve these kinds of things.”

“I think I have a different perspective and understanding,” he adds . “The way I was brought up, I don’t see race like other people do.”

By any standard Joe’s upbringing was unusual, defined to some degree by his father’s medical career.  After spending his early childhood in Bulawayo – his father had moved there after medical school in South Africa – he was packed off to Cape Town to live with his grandparents. Look no further for the genesis of Joe’s sailing career – his

grandfather was none other than legendary sailor, surgeon and boat builder Brookes Heywood, who was building trimarans in the 1960s. Recalls Joe: “One of my first memories after I arrived was my grandfather organising to get the bulkheads, hull and deck from a company that was closing down.”

As it turned out that was just the first of many boating memories, for Joe’s grandparents were not the peaceful retirement types. A couple of years later they took Joe out of school and took off on a trans-Atlantic voyage that ultimately set the tone for Joe’s adult life. Before he left he had battled at school; he came back with a tailwind that propelled him into a confident new phase of life. Recalls Joe: “That trip changed and moulded the way I thought about things.”

“It has something to do with drastically changing your environment, where every day is a new challenge, a new port – you just have to figure things out as you go. Nothing was mundane and expected.”

Life carried on in a similar vein when he ended up in Ghana upon his return, living with his father and attending an international school for two-and-a-half years. It was there he learned how to sail a Chinese Junk (long story) and a Hobie 14.

After the 1994 elections the family returned to South Africa where Joe finished school at Westerford and discovered waterpolo – “and chicks and rugby”, he adds with a grin. But yet another big life change followed with a sailing ‘gap year’, starting in Antigua. “My dad’s big friend owned a yacht chandlery in the Caribbean. I had a year gallivanting and working on boats. Did a delivery. Went up to Bermuda and then the UK. Then to the Med.” 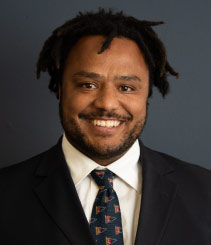 He suspects he would have continued for a while longer if he hadn’t accidentally cut his hand (another long story best left untold), prompting a return to Cape Town and a more sedentary life, starting with mechanical engineering at the University of Cape Town. “My grandfather (a surgeon) always talked about himself as ‘a bone engineer’, and I always had a strong interest in how things worked,” says Joe of his study choice. “But I had a very strong leaning towards the marine side of things.”

It was also a leaning towards competitive yacht racing, which saw Joe become a regular face at the RCYC. His studies also brought him into contact with Southern Wind Shipyards, where he completed his practical training. By then he had enrolled at Cape Tech for their maritime programme and had a definite career path. “I saw I didn’t want to be a pure engineer, but I also knew I didn’t want to work on ships either.”

However once again he was fated to up anchor and careen across the globe, this time as a member of the Shosholoza America’s Cup team. Initially he was on tender duty, but soon joined the main team. “That took the next four years of my life, obviously some great highs and lows.”

One of the unexpected highs was a chance to stay on as a race commentator after the SA team had been eliminated, a job he still enjoys from time to time on support boats in SA waters. An innate ‘gift of the gab’, coupled with an affable nature, goes a long way to explaining Joe’s success, and why he appears to be the most popular person in the RCYC restaurant, both among members and staff.

After Shosholoza he returned to Southern Wind but jumped ship after being offered the job of mate/engineer aboard a superyacht based in Portugal. It turned out to be yet another turning point, for at this point Joe did an about-turn and returned to a relatively normal life in Harfield Village with his high school sweetheart. He rejoined SWS on a more permanent basis, designing engine rooms and systems – “I knew those boats like the back of my hand” and had a hand in building nine boats. “The last one was a 110 footer,” he says with obvious pride. 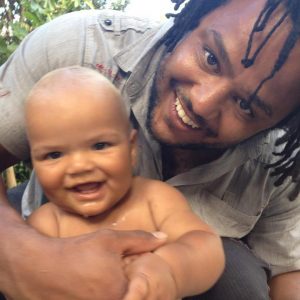 But still the racing bug kept tugging him over the horizon and Joe travelled to America in the hope of joining a Volvo Race crew. It didn’t happen. He came home and got married instead.

Back in Cape Town Joe embarked on his most daring missing yet: suburbia and fatherhood. Fortunately help was on hand in the form of a job with North Sails, where he has worked for the past nine years. He says it’s a case of giving up some moonlight to let in the light: he now has two sons and a stable life, and still finds time for racing.

All in all it’s a story of privilege and adventure that Joe would like to see available to a broader spectrum of South African society. “A big part of my narrative in terms of this whole industry is that I have been very privileged — I have had so much,” he reflects.  “Great mentors and people to guide me and I had a base of people around me to support me. But that is not a reality for 99 percent of people out there.”

“It is not something people want to talk about. But it is the reality,” he says.