Local builder believes there could be more to follow 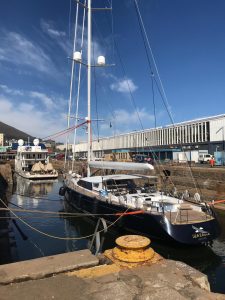 A history-making repair job inside Transnet’s Robinson dry dock at the V&A Waterfront has fuelled hopes of a world class ship repair and boat building hub at the heart of South Africa’s marine economy.

For the first time ever two superyachts docked simultaneously inside the landmark dry dock – better known for its fishing trawlers than luxury craft – thereby providing a work bonanza for local builder Manuel Mendes and his team at R & M Boat Builders.

The successful repair job also augurs well for future collaboration between key stakeholders at Cape Town harbour, notably Transnet and the V&A Waterfront, which both aim to position the port on the global stage amid fears that vessels are bypassing the Cape due to failing infrastructure and high tariffs.

The V&A recently confirmed they are talking with business stakeholders about developing a facility aimed at attracting a bigger share of the global super yacht trade.

Mendes told SABBEX he had been trying for over ten years to accommodate more superyachts in Cape Town, with only limited success. “Two superyachts in the dry dock together – that is really something. It has never been done before,” said Mendes, who like many hopes Transnet will relinquish the Robinson dry dock and allow it to be repurposed for the benefit of the luxury boating industry.

The two history-making boats are a new 105ft Southern Wind monohull and a 43m aluminium sloop. Mendes said it was the first time a sailing yacht had been accommodated in the facility.

He said the sloop required extensive work on her keel, and involved careful preparation including building custom blocks.

Accommodating the Southern Wind vessel was equally challenging: “Obviously putting a boat with a thin keel in the dry dock is not easy stuff because you have to create your own berth. We had to come up with another system – the (existing) blocks are not high or sturdy enough. We got special blocks made…and managed to get the boat upright,” said Mendes, who has previously worked on Enigma.

He said the successful repair job could have an immediate positive knock-on effect, with one of the client’s already planning a return trip. “The owner of one of the vessels is building a much bigger vessel, 81m with three masts. They will come to Cape Town. I’m in daily contact with them. They really have had only the best of experiences here,” Mendes said.

Cape Town was ideally located to cash in on boats rounding the Cape and should act speedily to secure its share of the market, he said: “We are in the right place. Cape Town has a very important position in the world of yachting and sailing and boating. We are very strategic,” Mendes said. 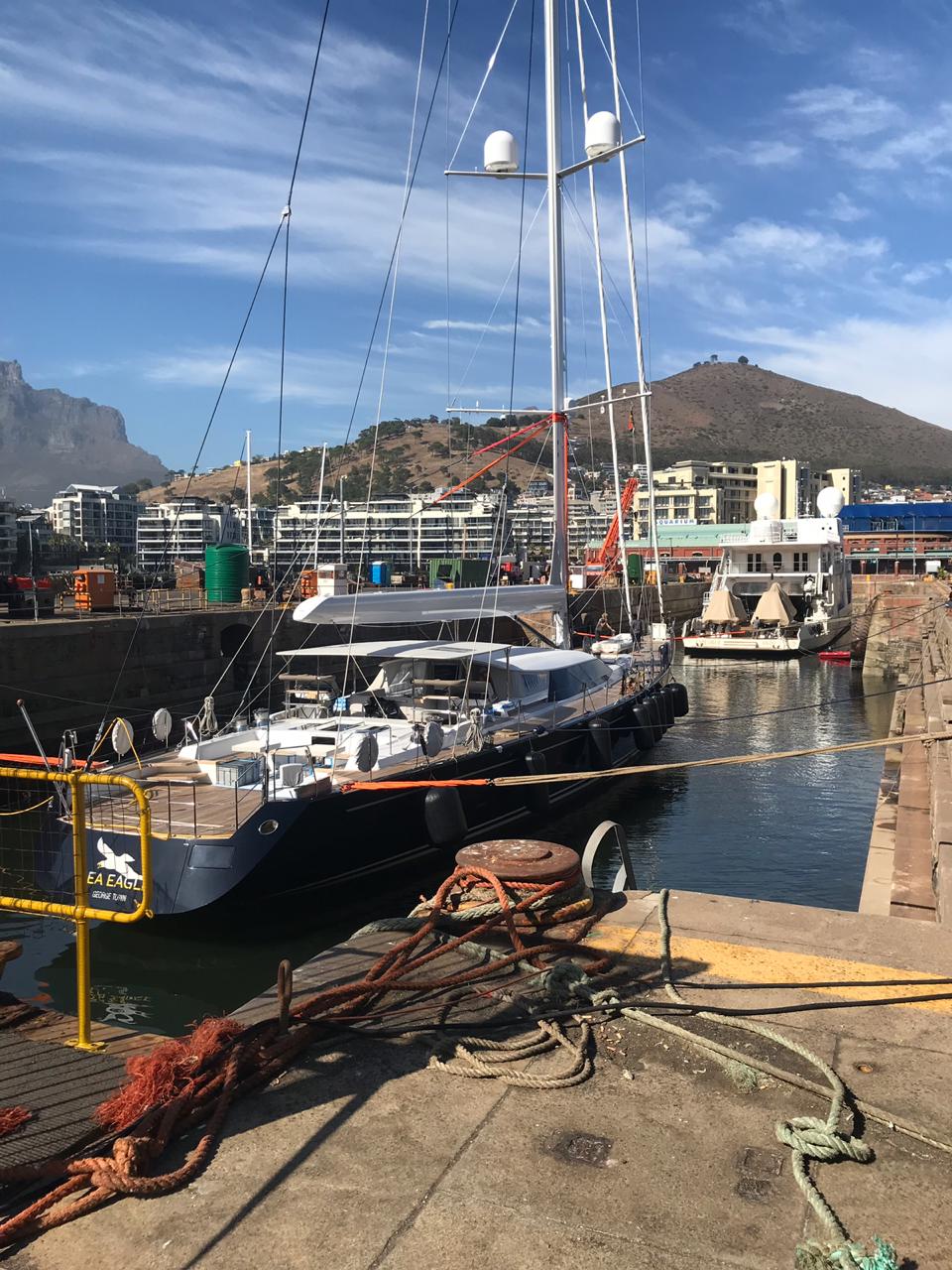