Into the Sunset: Duncan Lethbridge to Retire 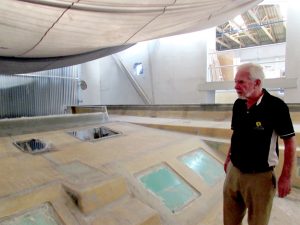 Lethbridge, who helped put St Francis Bay on the global boat building map, is passing the baton to newly appointed Chief Operating Officer Rob Brennan. “I will remain in the background in an advisory capacity for the near future,” Lethbridge said in a company statement.

Other new appointments include Morton Beckley as Chief Financial Officer and Rorke Miller as company broker. Lethbridge said he was handing over to a highly-skilled and competent crew: “I am excited that with Rob, Morton and Rorke at the helm they will steer St Francis Marine into the future with steady hands.” 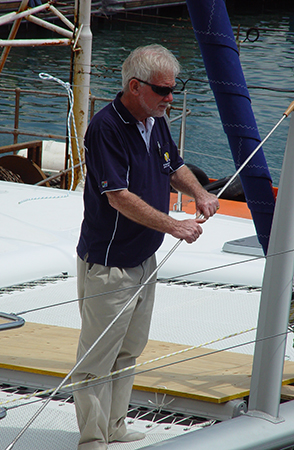 Lethbridge founded St Francis Marine over 20 years ago after working in the area as a commercial property developer. At the time he was an avid sailor and was introduced to catamarans by Angelo Lavranos. Since then his yard, on the outskirts of town, has produced world class cruising catamarans that have helped bolster South Africa’s boat building brand.

Lethbridge said the company was entering a new era in good shape and in good hands: “The factory is in full production and we are working on an exciting new development for 2020.”

“Rob (Brennan) has been involved in the boating industry for 18 years, first as quality assurance manager for the largest catamaran manufacturer in South Africa and latterly as an accredited marine surveyor. He has extensive knowledge of fibre glass catamaran manufacture and repairs and has surveyed boats all over the world. Among his many qualifications he is an accredited marine surveyor with the European Certification Bureau (ECB) in Holland, a South African Sailing (SAS) safety officer, a certified SAMSA small boat surveyor, an NMMA Conformance specialist and an IMMARBE tonnage surveyor.”

“I am confident that Rob will continue my legacy of custom-made quality catamarans and wish him well for the future,” Lethbridge said.

During an interview at his yard last year Lethbridge said he originally became interested in catamarans while planning for a family cruise. He soon discovered he was far more interested in building boats than selling property: “I got tired of houses and there was more fun in boats,” he told SABBEX during a tour of his yard.

While the success of his business surpassed all expectation, it also delayed his dream of an extended ocean adventure. “I still haven’t gone cruising,” he quipped.

Perhaps now he will.