And the Winner is….

A Close Contest at the 2018 Tuna Derby

The 15th edition of one the country’s top fishing tournaments, delayed due to persistent wind, saw 32 boats head out from Hout Bay over November 13-14.

Mark Delany of Two Oceans Marine Manufacturing, title sponsor of the event over the years, said: “The Two Oceans Tuna Derby is an event we are proud to support and be involved with year after year. Kudos goes to Chris Shield and his team at Atlantic Boat Club and all the many loyal supporting sponsors who make this event possible.”

The tournament dates back to 2000 when the winning fish weighed in at 62kg. In the years that followed the dream of the Tuna Derby became a reality as fish in the 80kg – 90kg range were caught. Then in 2005 two tuna over 100kg were bought to the scales – the winning weight being recorded at a massive 107kg.  It set a benchmark that everybody has since striven to achieve. Consequently, the “100 club” was started at Atlantic Boat Club for tuna caught weighing in at over 100kg. To date four Tuna Derby anglers have exceeded the 100kg mark. 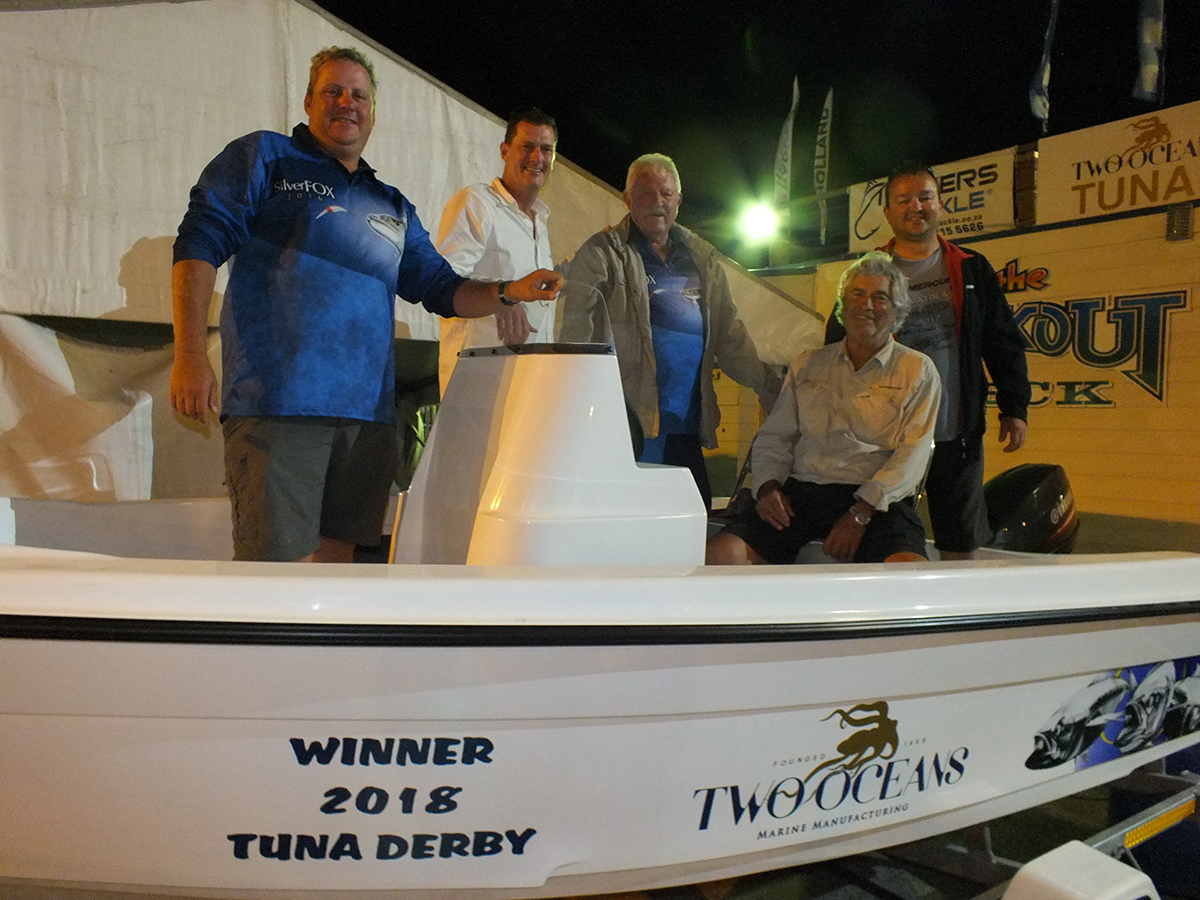 See the full results below:

2nd place – Tarryn Hemmes, fishing on Seasons (Tarryn entered a Longfin in the ladies’ category and her Yellowfin in the overall category)