Wait till Greg Bertish hears about this one 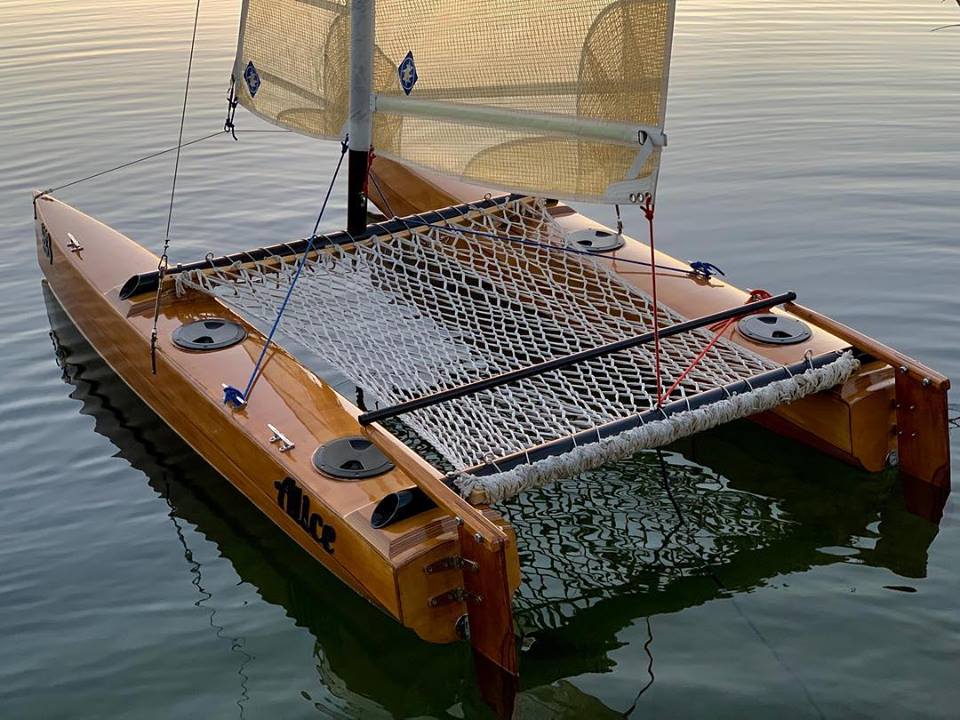 A 12ft ‘Oppikat’, designed by US-based South African Dudley Dix, combining the simplicity of the iconic optimist with the speed of a racing catamaran.  No wonder Dix is seeing ‘strong interest’ in his Oppikat designs, both the 9ft and 12ft version.

Originally commissioned by a client who went bust before he could pay for the designs, Dix decided to offer the product himself: “I showed it on my website and people started to ask for plans to be made available,” he told SABBEX. “We sold a few for one-off GRP boats to amateurs. It gained popularity when I added wood detailing to the drawings.”

Turns out the design is appealing for both young and old: “Although drawn for kids, adults have been building it to use themselves and some have asked about a bigger version. So I started this week on a bigger sister at 12ft.”

The original design used a combination of cedar strip for the compound curved surfaces and plywood for bulkheads and flat surfaces. Dix said the idea was to offer junior sailors a foretaste of what might lie beyond their first sailing boat . “But time has shown that these little boats aren’t only sailed by their intended lightweight skippers,” Dix said in his latest newsletter. “The Oppikat has high-volume hulls for safety and fathers have sailed them, both by themselves and with junior.”

Dix says the design could have commercial potential: “Nobody has approached me re production of these boats commercially but I would be happy to discuss with any builder who would like to build them. I have the detailing already drawn for the Oppikat and that detailing would also be applicable to the bigger sister.”