Expect a Lot More from the Cape Town Boat Show this year.

But that’s just the beginning, according to Messe Frankfurt South Africa chief executive Konstantin von Vieregge, who believes Cape Town could one day host one of the world’s flagship boating events.

“That is the roadmap – that is why we bought the show,” Von Vieregge told SABBEX. “You can’t get there in just a year or two, but we are thinking ten years down the line: we envisage that this show will become a major international boat show. We want to be the biggest show (of any kind) in Sub-Saharan Africa,” he said.

It’s a dream shared by many in the boating community who believe Cape Town has been ripe for boat show ‘breakout’ after many years of static growth – and even a slight drop in figures in recent times (admittedly less to do with the show than the economy). The iconic location, the weather, the V&A Waterfront and the maritime history all point to potential Boat Show Nirvana, and Von Vieregge says this year’s rejuvenated format could be a teaser for exactly that.  “The bones of the original Cape Town show wasn’t bad. What it needed was somebody doing it full-time. We said let’s not tamper too much with the core (concept) but just make it more professional,” he said.

Von Vieregge emphasises two key elements to growing the show: attracting a younger audience, and expanding the number and range of exhibitors. “I’m a very strong believer that the industry – and the show – has got the task of basically breeding the customer for the future.  We didn’t excite the children in the last show. If you haven’t bought a boat (any boat) before the age of 30, the chances are slim that you will do so when you are 40 or 50 when you finally have the means to do so,” he said.

A kid with a Lamborghini poster in their room is more likely to want the real thing, in other words.

“One of the new elements we are bringing is to make sure the show is more child-friendly.” 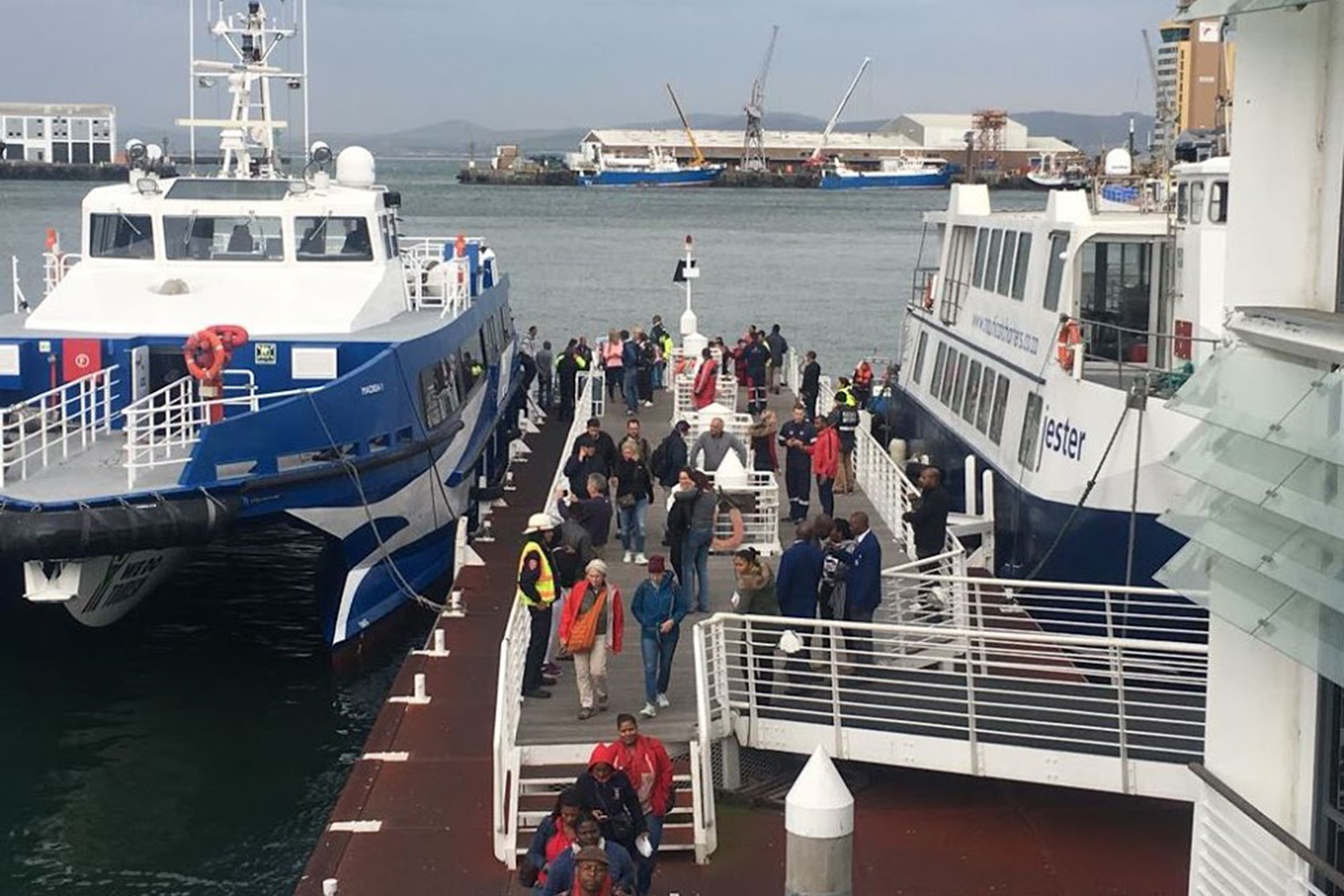 Another key strategy is to broaden the scope of the show with more luxury item exhibitors, in the hope of drawing in ‘fence-sitter’ boat buyers.   Said Von Vieregge, “The theory is that we have a lot of fence sitters. We need to partner up with brands which will bring in high net worth individuals who do like boats but who wouldn’t go to a boat show otherwise.”
In this way other draw-card items like luxury cars and jewellery help deepen the pool of potential boat buyers  who wouldn’t necessarily make the effort to go to a boat show.  Visitors to this year’s show will now be able to stroll along ‘The Avenue’ – designed specifically to accommodate exhibitors of other luxury items.

The tie-up with Mercedes Benz as a key partner is testimony to this marketing symbiosis.

Von Vieregge is also excited about the growing relationship between the Boat Show and the V&A Waterfront. With time he hopes the Show becomes the key attraction of the V&A’s Water Month attractions: “It is a very beneficial relationship,” he said.