With great sadness Southern Wind Shipyard informs that Willy Persico has passed away after having a long held concern about serious illness, which he kept hidden even from his closest collaborators, with his typical tact and discretion.

An experienced and passionate sailor, in his 79 years, Willy Persico became one of the world’s foremost superyacht builders. In fact, Southern Wind Shipyard, founded in Cape Town by Persico in 1991, has created some of the world’s finest and most innovative superyachts, synonymous with performance cruising and contemporary Italian design and elegance.

Persico’s heritage is in each of the yachts he delivered, in the eyes of all the owners he has made happy over the years and in the pride of his team.

Thanks to his diligent and methodical mind, his passion, commitment and foresight, Persico, together with his trusted team, developed and left detailed plans for the smooth transition towards a new leadership.
According to his plans, Southern Wind Shipyard will continue to build luxury performance cruisers that will honour his precious heritage and vision.

We would like to quote Willy himself and share his words from an interview recorded in the occasion of Southern Wind Shipyard’s 25th Anniversary in 2016:

“Today I want to tell my story with yachting.

I have always loved Africa and it was in South Africa that I decided to build my own boat in 1990.

During the construction, I had the opportunity to take over the boatyard, which, at that time, was a small operation. I took this decision while I was walking in my home garden: it was a crazy decision, also taking into consideration what South Africa was that time, but I have never regretted it.

For several years, my boatyard built one project at a time, a 72 footer designed by Bruce Farr with the interiors designed by Antonio Minniti, an old neapolitan friend of mine.

At the end of the 90s I decided that the yard was mature enough to handle more than one project at a time. Those were the years when the 93’ and the 95’, designed by Farr and Nauta, were built.

A few years later, we decided to introduce carbon fibers in our construction process and the first yacht built using this material was SW78, designed by Reichel Pugh and Nauta.

In 2004, a further step of innovation was the introduction of the infusion in our construction process, to build the first SW100. I never expected that this mini-series would have been so successful. I was planning to build a few of them, but we ended up in launching 13 sister boats and, to date, we are the only yard having built so many 100’. The experience gained in building yachts of bigger size brought us to think that it was much better to split the hull mould in three parts rather than in two pieces: a brilliant innovative construction method, which, a few years later, has been adopted by other boatyards.

In 2008, the unexpected success of the 100 footer encouraged us to take a further step forward. The occasion was when a very special client and friend, who had already built two yachts with us, ordered the third one, a 110’, which is still Southern Wind’s flagship.

Then came the times of the successful SW82, SW94 and SW102. Our process of innovation never stops; our aim is always to improve the quality of the end product. To this end, Farfalla SW102 was awarded with World Superyacht Awards for her “quality and value”.

The success of Southern Wind is not only due to the quality of our constructions, but also to the excellent sales and customer care service offered by Pegaso, the marketing company I founded in Italy 24 years ago. Last year, being aware that the shipyard was ready to make another leap forward, we started several new projects with the aim of building more performance-oriented yachts. The result of this new industrial plan are two new projects. [ He was referring to the SW96 and the SW105, which today are gathering great success, with four units delivered and three currently under construction].

I always like to say that the past gave us the experience while the present is offering new opportunities that we are going to materialize in the nearest future. All of this has been and will be possible thanks to my loyal and motivated team. I am lucky to have them with me.

Our designers Farr, Reichel Pugh and Nauta have been precious as well.

I like to believe that, I made many clients and friends very happy and I intend to continue doing the same for many years to come.

25 years, yes, a third of my life; but I do believe that aging does not exist if you don’t think about it and you keep playing with boats. 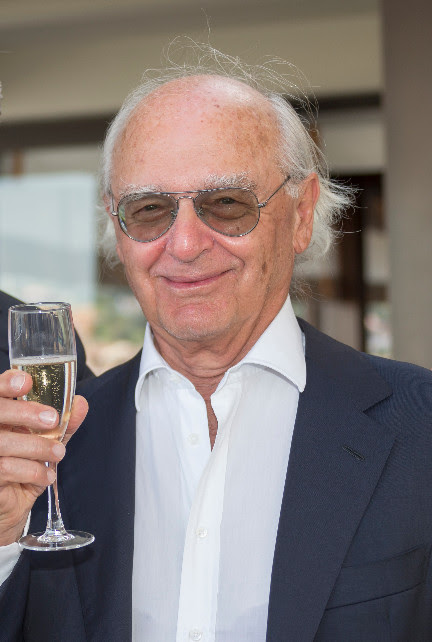 Willy Persico, the scion of a notable Neapolitan family, was born in Milan in 1939 and graduated with a degree in chemical engineering from the University of Naples in 1963.

In 1972, on the eve of the first world oil crisis, he was at the head of the crude oil procurement division of SIR, an important Italian petrochemical group, which he left in 1979 to lead the international trading activities of the newborn Cameli Petroli, where he became a partner and the vice-president.

In 1990 he was made president of the Rodriguez Shipyard in Messina, a company that specialized in fast ferries and hydrofoils, which had been bought by Cameli Group. An avid yachtsman and a sailor, in 1990 he commissioned the project of a 72’ sloop to Ron Holland and decided to have it built by a small shipyard in Cape Town, together with the yacht of a friend, a 72’ designed by Bruce Farr. Early in 1991, while the yachts were already under construction, Persico decided to purchase the company, which he renamed Southern Wind Shipyard.

In 1993 he left the Cameli Group in order to focus on his new company in South Africa.

At a current rate of about three sailing yachts built every year, Southern Wind Shipyard delivered 52 yachts ranging from 72’ to 110’. Thanks to his vision and his great passion Southern Wind is today one of the leading players in the luxury superyacht market.